Fall athletes might return to campus as soon as July 13 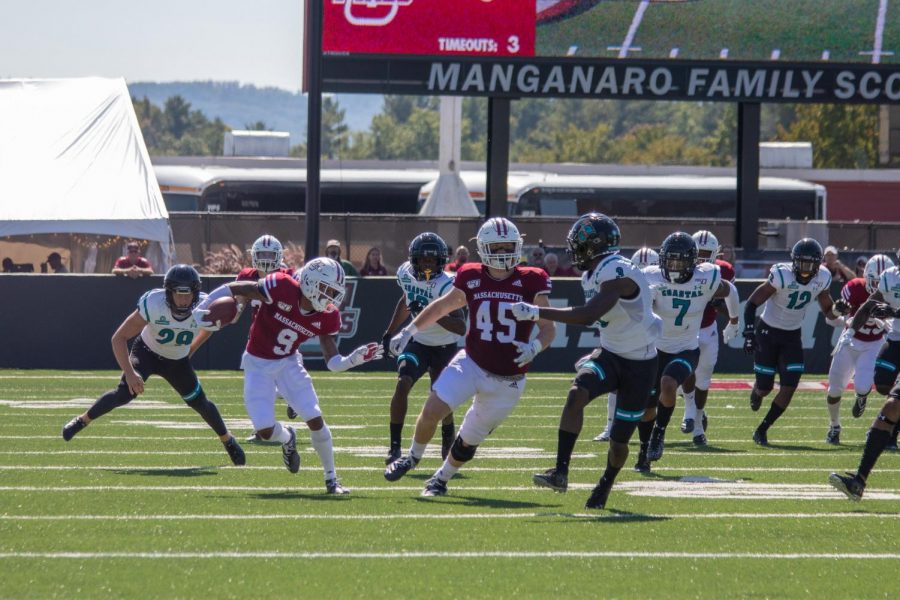 Amid the coronavirus pandemic, the first glimpse of what sports might look like for Massachusetts’19 varsity sports was released Monday as part of the university’s Preliminary Fall 2020 Planning Report.

With the NHL and NBA nearing a return to play and the MLB in the midst of ongoing negotiations, some colleges have welcomed student-athletes back to campus in preparation for a fall season. While the NCAA has not made an announcement on the fall sports seasons, UMass’ preliminary plan included a plan for its student-athletes to begin returning to campus on July 13.

The plan will be open for community review and response until Friday, June 12. A final plan with concrete details for athletics is expected to be released before June 30, according to UMass Chancellor Kumble Subbaswamy.

While much more clarity is brought to the University’s plans for academics and returning the students safely to campus in the fall, the release of the plan also offers a few pieces on what to expect for UMass sports in the near future.

While final say on most sport-related guidelines will fall to the NCAA, the school is preparing for multiple scenarios as to what sports might look like in the coming academic year.

If sports do return and fans are allowed in attendance, the school outlined “venue specific plans such as ingress/egress, social distancing-compliant seating charts, hand sanitizer and mask distribution, etc., to ensure the safety of patrons.”

In the event that there are no sports in the fall, the release explained that “cost savings would include team travel, game guarantees, and event-related expenses offset by reductions in ticket sales, conference distributions and other revenues.”

With the school pledging to “follow NCAA guidelines,” the preliminary plan offers little in the way of specific plans to return to play, but rather offers a first step toward having UMass teams take to the field in some manner come the fall.