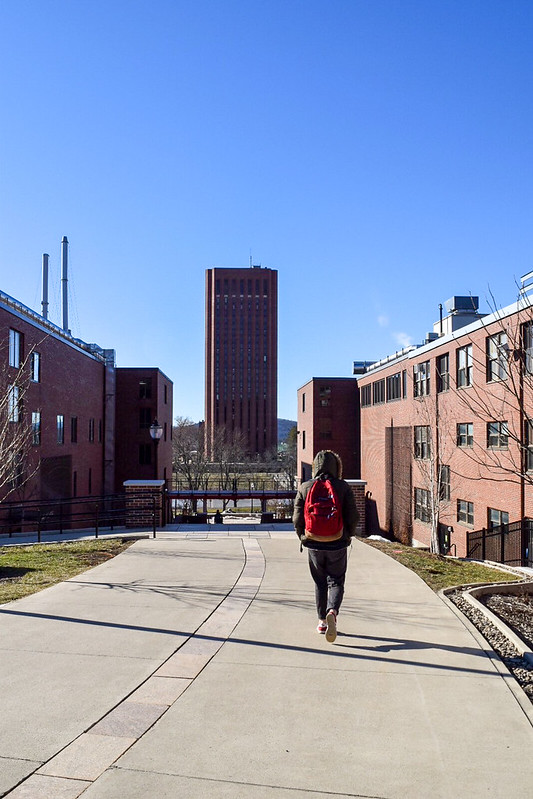 On Monday, the University of Massachusetts announced their reopening plan for fall 2020. In the 24 hours since then, the UMass Instagram and class Facebook pages have been buzzing with students sharing their opinions on the long-awaited announcement. Many students’ opinions varied over different aspects of the plan. Here’s what current and incoming UMass students are saying about the fall semester.

With most classes being held remotely, one of the most controversial aspects of the University’s plan was the decision not to adjust tuition for both in-state and out-of-state students. The UMass Class of 2024 Facebook page administrators held a poll relating to this aspect of the plan. The most popular option, with 412 votes, stated that tuition “should be lowered, we don’t have in-person and not the same level of education we pay for.” The second most popular option, with eight votes, stated that tuition “should be more customizable. Since we don’t have access to all of those frills, we should be able to opt-out of fees.”

Johanna Koroma, an incoming freshman and biology major, explained why she voted for the first option. “UMass has been very adamant that the tuition will stay throughout this entire process, and while I understand the reasoning behind that, I do feel it is a bit unfair as a remote education was not what the students envisioned when committing to the school” she said. “If I preferred an online education I would have gone to a school with a more reputable program, such as SNHU [Southern New Hampshire University].”

Emily Doherty, an incoming freshman and psychology major, expressed a similar concern as Koroma: “I feel as though since we won’t be getting the whole in-class learning experience, tuition should be lowered,” she said. “If we aren’t getting the full educational experience that we would normally, we should not be paying the same as normal.”

Arjun Misra, a rising junior and applied math major, expressed that he would have liked to see a tuition decrease, but he wasn’t expecting one. “I think that tuition should be a bit cheaper but I also know that it’s not gonna happen because UMass is already losing money from the number of students not coming for the semester as well as not using other campus resources they would normally use,” he said. “So keeping tuition costs the same is something I just expect them to do.”

“As of now, all of my classes are remote,” said Caforio. “I don’t really understand how that’s possible, especially with the marching band. How can a 400+ person marching band even hope to function properly over Zoom?”

“I had heard of other colleges in New England doing in-person instruction, so reading the fall onboarding plan was initially disappointing,” said Koroma. “However, I understand that UMass is a very large school in comparison to others, so each college has to take into account factors like these as well as their own attitudes about protection.”

Caleigh Geoghegan, a rising senior majoring in public health, expressed that she had more trouble focusing during online classes than in-person. “It is extremely hard for me to focus when I am not in a lecture hall or even in the library, I get very distracted or end up doing something else instead of doing schoolwork,” she said.

“I definitely think my education is going to be affected by all these online courses,” said Craig White, an incoming freshman and philosophy major. “I think this might be the new way of life for the foreseeable future, so maybe in a way this is good preparation for what the working world might become if this thing doesn’t get figured out.”

With most classes online, students are faced with a big decision; whether to return to campus in the fall or to continue remote learning from elsewhere. Students are given the choice to opt out of on-campus living, even if they’ve already reserved a room. A lot of students are still considering both options.

“I have not made up my mind about returning to campus, it is a lot of information to weigh in such a short amount of time,” said Brandon Dulak, a freshman education major. “I plan on talking it out with family, and seeing what other freshmen are planning on doing.”

Some students have to return to campus due to their prior engagements. “I’m planning on returning to campus because of marching band and my new bus driving job,” said Caforio.

Many students must return to the area because they’ve already signed a lease. “I am planning on returning to Amherst because I have a lease off campus,” said Rachel Bolognese, a senior majoring in biology.

Nicholas Capra, a rising sophomore and chemical engineering major, agreed, saying: “I do plan on returning in the fall because I have already started paying rent on an off-campus spot so I’m not going to let it go to waste.”

As part of the plan, UMass released a series of health protocols that on-campus students will have to follow. These protocols include “strict physical distancing, wearing face coverings outside personal living spaces, limiting social contacts to a minimal number of people per day, the prohibition of guests in residence halls, subjecting themselves to virus testing on demand, daily self-monitoring and reporting, assisting with contact tracing, and limiting travel away from the immediate campus area for work and/or emergencies only,” according to the plan.

Students had mixed feelings about the protocols, but most students agreed that they would feel safer on campus with the protocols in place.

“I do feel that the protocols are enough,” said Capra. “I for one haven’t been too worried about the virus even when abroad last semester. The bottom line for me is that they are only protocols and I’m interested to see how they are enforced. College students aren’t always the most obedient to certain protocols.”

“I believe the school is doing whatever it can in its powers to keep the students safe, there is only so much they can do… and I think they’ve definitely done what could be realistically expected,” said White.

Bolognese expressed that she thought the protocols were a good step towards keeping the campus healthy: “I think the school’s protocols are good in theory and we’ll see how things work out,” she said. “I appreciate the abundance of testing they’re planning on doing, and having available.”