The A-10 announces the postponement of fall sports

A possible spring season is set for postponed sports 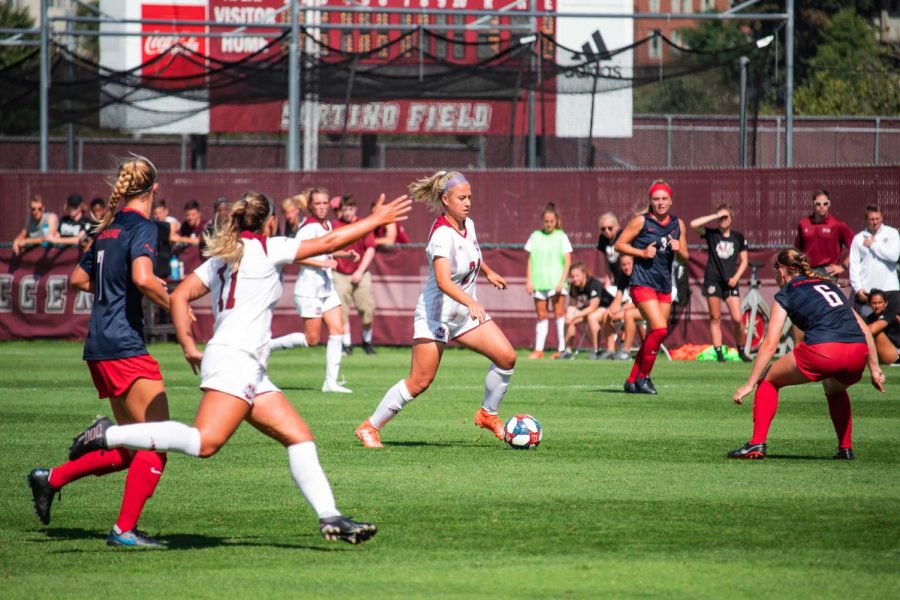 With athletic conferences across the country making decisions on the status of their fall sports, the Atlantic 10 followed suit on Friday morning announcing the postponement of fall sports and championships.

“We were going to make decisions that were in the best interest of our schools, our students, our teams and all of our communities,” A-10 Commissioner Bernadette V.McGlade said.

With the announcement came the plan for conducting the fall sports seasons in the spring semester, if the COVID-19 pandemic has subsided to the point of that being a safe possibility.

The announcement did include the caveat that schools with non-member sports are being left up to those individual conferences and schools. For UMass, that means the status of its football season remains up in the air as the Minutemen are an FBS independent.

While the A-10 considered a delay to the beginning of its fall sports, it instead opted for the postponement by including what they are calling a “look-in window” in mid-September. The “look-in window” allows for the possibility of a limited, conference-only schedule to take place in the fall should the spread of COVID-19 slow significantly in the next 60 days.

“It’s a slim opportunity but we thought it should be kept on the table,” McGlade said.

If the potential fall schedule were to take place, it would tentatively begin on October 4 playing a regional schedule that would conclude in a potential championship season starting in early December. A similar schedule would be used in the spring if the season takes place then.

While competitive games and scrimmages have been cancelled, the A-10 is allowing for teams to train throughout the fall in accordance with their school and state guidelines.

For the time being, no decisions have been reached regarding the status of winter sports. With both basketball seasons slated to start in November, the conference “determined it would be premature to make decisions on their competitive schedules at this date,” via the release.

McGlade also made clear the shift to the regional and reduced schedule is not something they see extending beyond the 2020-21 seasons and hopes to see a return to “a full-blown conference schedule, where everybody is playing everybody.”

“I hope that, for not only our sports teams, and for the A-10 and my 14 schools, but for the country and my hometown, that we get a handle on this virus,” McGlade said.