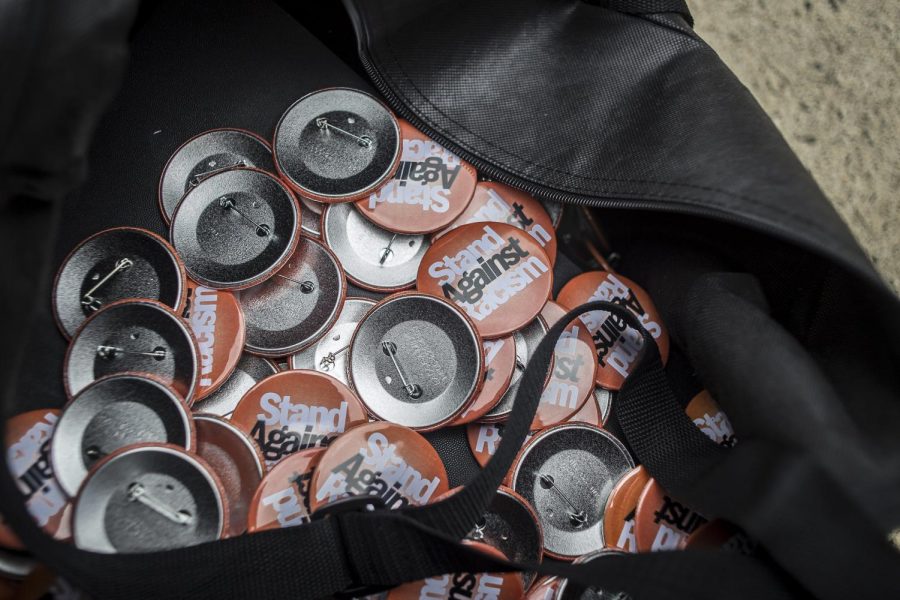 In response to recent nationwide demands for racial justice, the University of Massachusetts laid out its plan to combat systemic racism last month. Some students were skeptical of the plan, offering alternatives for the school to take to effectively change the campus climate.

In an email to the campus community on June 3, Nefertiti Walker, interim vice chancellor of the Office of Diversity, Equity and Inclusion and chief diversity officer, wrote with a tone of frustration “… at our institutions for failing to undo the institutionalized racism that we know to be true.”

The letter outlined the University’s plan to establish groups such as the Diversity, Equity and Inclusion Leadership Council, the Task Force for Anti-Racism, Critical Incident Team, and other groups that will engage students, staff and faculty to collaborate and create an antiracist institution and community.

In an interview, Walker expresses that racism is a deeply rooted issue that will take an arduous process to undo.

“I think no American institution is void of racist ideals and institutionalized racism. Unless an institution can say that they are constantly viewing all processes, behaviors, and procedures through an antiracism lens, then we are all guilty of not providing the most welcoming space possible for our BIPOC students, faculty, and staff,” she said. “Even in our best efforts, we come up short because racism takes undoing much of what we have become comfortable with and much of what we have accepted as normal.”

The plan has received mixed reactions from students at UMass. Some are pleased with the steps that UMass is planning to take to deal with racism and are optimistic about the positive change that the actions could bring about. Other students are demanding more from the University, recalling incidents of racial harassment that have occurred on campus and stating that the University should be held accountable for perpetuating racism institutionally.

“I think [the plan is] a good jumping off point…the measures laid out cover most every aspect of life on campus for both faculty and students, and I appreciate the student engagement,” said Tyrique Morris, a rising sophomore journalism major.

One student, who is not as optimistic about the new plan, wrote a letter demanding accountability from the University in regards to the financial disparities between the funding of the UMass Police Department and student wellbeing.

Elizabeth Stelzer, a rising senior and women, gender and sexuality studies major, voiced her concerns in a letter to Chancellor Kumble Subbaswamy and the chief diversity officer. The letter, which calls for defunding or dismantling the UMass Police Department, strengthening the school’s policies on hate crimes, and allocating money toward reparations for students of color has gained over 950 signatures from people in the UMass community.

In the letter, Stelzer wrote “Our slogan, ‘Hate has no home at UMass’, seems grossly inaccurate when the few years I have been here have been riddled with blatant racism on campus.”  She also mentioned the “thin blue line” flag that flies at the UMPD, a “Blue Lives Matter” flag which is often seen as a response to the Black Lives Matter movement, and called for the monetary gifts from alumni to be used as reparation for students of color.Stelzer said that as a white student she cannot speak from personal experience, but “In my three years on campus, I have seen little to no change in campus climate. Given, I am just one of thousands, but I think this is a pretty popular sentiment.”

UMASS FRIENDS CALL TO ACTION: I wrote a letter to the chancellor and chief diversity officer in regard to the most recent mass email sent out to us. The letter centers the lack of reparations / monetary aid the University has given despite its $8.7 mil in alumni “gifts” and interrogates a few of the proposed plans for engaging in anti-racism on campus. I also bring attention to the thin blue line flag flown at UMPD, and call for the the University to take concrete action in regards to its racist history, especially in the form of putting its money where its mouth is. If this resonates with u, or u have any edit suggestions/additional info I can add, please lmk! Looking for signatures of support—the more voices the better! Link to google form where I will collect signatures in my bio ❤️

She also said she believes if UMass solely sticks to the outlined plan, it won’t be successful in implementing change.

“I think if UMass wants to be effective in addressing systemic racism, they need to take responsibility for their role in perpetuating it, despite their emails claiming otherwise, and should really listen to and deliver tangible change to their non-white students,” she said.

Stelzer offered other ideas that UMass could enact, such as expelling those that perpetuate racial hate crimes and giving the victims of these crimes “adequate care, whether that be free counseling, monetary compensation etc.”

“So much change has already been made in the past month nationally, I hope we can foster it a local level,” she said.

Other students offering other alternatives, such as listening to and amplifying the voices and experiences of Black students on campus.

Morris, reflecting on his own experience at UMass, said that “with such a large white population it can be hard to feel included. However, clubs and general activities around campus definitely helped me to feel more included, personally. I appreciate that the UMA site has any and all club information posted daily.”

In recent years, the UMass community has faced numerous incidents of racial harassment: racial slurs written on the dorm room of Josh Odam in 2014, a violent and racist phrase written across a bathroom mirror in Melville Hall in 2018, and other personal accounts, some that are reported and many that go unnoticed.

An Instagram account, @blackvoicesumassamherst, was recently created to share personal experiences of Black students that often go unnoticed or unheard. The account posts stories about racial harassment, discrimination and exclusion that Black students have experienced on campus.

One anonymous alumnus wrote “My freshman year I had a whiteboard on my door, I came back to my room after hanging out with my friends and someone wrote ‘(my name) is a n*****’ on my whiteboard.”

Another person wrote “On the first day of orientation a student came up to the group I was in and started engaging in conversation with us. I spoke about how excited I was to have been given the opportunity to attend this college and the white student said ‘yeah it’s a good thing the school has to let in a few black kids or otherwise you wouldn’t be here.’”

The creators of the account, who wish to remain anonymous, are frustrated from the lack of consequences the perpetrators of such actions face.

“UMass rarely takes action when students are racially attacked or threatened, and [the] few times they do it is after the damage to Black students has been done,” the creators told the Massachusetts Daily Collegian. “UMass does not take any action to keep students who would threaten the lives or dignity of Black students using racial slurs off of our campus and make sure these racist know they are not welcome here.”

The creators were inspired to start the page after seeing “Black at” accounts for other predominantly white institutions, and they hope the experiences compiled on their account can show “Black students that they are not alone, and what they are experiencing at UMass is neither normal nor acceptable.” They hope “this page can impact [the University’s] reputation enough to force them to bring about real change for Black students on campus. We will keep working until their wallets and reputation are impacted enough that real change becomes a reality.”

The creators believe UMass’ plan to combat racism has “nothing tangible, nothing immediate, nothing measurable, no accountability, no major change and no major financial commitment or investment.”

“The Black students of UMass Amherst are tired of these performative measures,” they said.

“Black students have to carve out spaces for ourselves and constantly fight to keep those spaces and community bonding experiences,” they said.

They are currently working on a list of demands they believe could bring change, which includes creating a new Multicultural Student Center, increasing funding to the Afro-American studies department and requiring reporting of all racial incidents to higher offices.

Exclusion and discrimination are experiences Black students face at predominately white institutions across the country, as shown in dozens of Instagram accounts similar to @blackvoicesumassamherst.

Morris said “the real issue is based more on one’s views growing up. Some of my closest friends had little to no interaction with people of color until getting into UMass.”

Both students and faculty agree that UMass can improve the way racist incidents are dealt with and should dedicate more effort to actively combat systemic racism through antiracism.

“I am hopeful that as a campus, every leader….will interrogate their procedures, policies, behaviors, norms, everything down to the artifacts that ornament their buildings, to ensure that they are using an antiracism lens for decision making, and promoting diversity, equity, and inclusion,” Walker said.

“This will mean undoing a lot. This will mean being very uncomfortable. This will also mean using personal time to interrogate our own racist ideals and works towards individual antiracist beliefs and behaviors,” she said. “But if we are to survive this moment, and all the changes that are to come for our society, this work may very well be the most important work they can and will ever do. I am hopeful that our community will do the work, and be much better for it.”

Members of the campus community said combating antiracism at universities is important because education can create a path toward equality, but the uneven distribution of opportunity and access to education promotes inequality.