As students return to campus, Amherst businesses wonder what their futures will hold 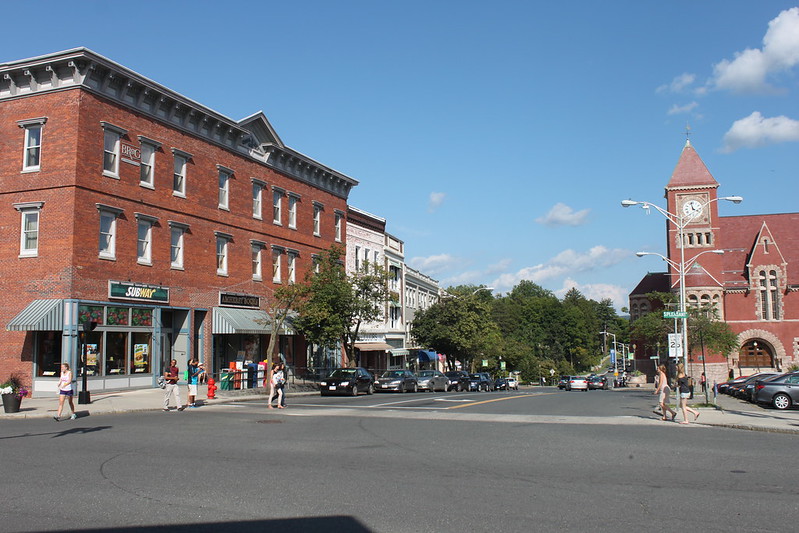 With the town of Amherst being surrounded by multiple colleges, this fall semester’s switch to remote learning and strict public guidelines due to COVID-19 has left many businesses worried.

According to a new survey by Main Street America, 7.5 million small businesses will shut permanently if COVID-19 continues to disrupt businesses.

UMass Amherst students returning to the area must sign the UMass Amherst Community Agreement agreeing that they will not attend events where social distancing is not feasible.

Reza Rahmani, the owner of Lit Lounge & Nightclub, is not sure if he will be able to keep his business afloat without college students.

“I would say about 90 percent of our business is UMass Amherst and 10 percent is Amherst College,” said Rahmani.

Rahmani said that he has not been able to open his business back up since they are a phase four business.

“The bigger part that affects me is the governor said phase four won’t happen without a vaccine. We’re a phase four business. We don’t see a vaccine coming, best case scenario would be a year out. If there’s nothing done, we’re out of business,” said Rahmani who was rejected from receiving a business grant.

“With PPE, the rules were changing every two weeks. We have some businesses that are so small that they don’t have business bank accounts they only have their personal bank accounts. The government keeps saying there is some amazing restaurant package, but we haven’t seen it yet,” said Executive Director Amherst Downtown BID Gabrielle Gould.

The UMass Amherst alumnus planned to celebrate Lit Lounge & Nightclub’s 10-year anniversary on April 20, but the celebration was postponed.

“Admitting that things aren’t going well is a tough thing to admit. I’ve poured my heart and soul into my business. The reality is that 3,500 bars clubs and restaurants are going to shut down,” said Rahmani. “If anyone thinks that the economic effect starts and ends in the industry, they are very naïve.”

Antonio’s Pizza has been able to do takeout during the pandemic, making the prospect of the fall less daunting.

“Like every other business, restaurants especially and bars in the area, we’ve all taken a hit. We’re fortunate enough to be enough of a staple in this area that we’ve been okay,” said manager Steven Aoki.

But the reliance on UMass Amherst students for 60 to 70 percent of profit according to Aoki has created many unknowns for the business.

“We’re not sure what to expect because we’ve heard conflicting reports, but we’re preparing for uptake in business either way. However, things aren’t going to go back to normal,” said Aoki. “We’re not in a social atmosphere where there’s going to be kids lining up out the door at one o’clock in the morning and the bars aren’t opening back up, so we’ll see how it goes.”

“When I think about what our businesses have lost, they are probably at this point down probably 80 percent since the start of COVID. Even if things went back to normal on August 20, they’re not going to recuperate from losing July and August,” said Gould. “I will not be shocked if we lose 50 percent of our businesses. I will be heartbroken, and it will be a really hard thing to come back from, but it will not shock me.”

The return of students to the town has provided some hope for small businesses but have also frightened locals.

“We’re going to have a handful of kids that are here that are going to college to party and we have to be prepared that their frontal lobes aren’t formed,” said Gould.

Recent footage of teenagers violating social distancing regulations at a Chainsmokers concert in the Hamptons has made Gould question the diligence of students to protect the community.

“You already think you’re invincible at 20 and then the government is telling you ‘you don’t have to worry about the pandemic.’ We’re already seeing an uptake in the Cape and Islands,” said Gould.

She praises UMass for their commitment to testing and believes they will be honest with their cases but warns of stigmatizing positive cases because it could lead to a lack of transparency. On July 7 eight lifeguards who tested positive for COVID-19 were told by the Falmouth Beach Department to keep quiet about their results, possibly endangering more residents.

For many UMass students like sophomore biology major Radclyffe Hall, local Amherst businesses have been an essential part of his college experience.

“It truly made the school feel much more alive than it already is,” said Hall. “The bustling nightlife of the campus is just as real outside of campus. Late-night bike rides to insomnia cookies, disorganized bus rides to Walmart, and gut-busting trips to glazed rounded out my college experience and made me value the campus I used to live on so much more.”

“I really took those memories for granted as I won’t be experiencing that euphoria for at least another year.”

Maria Elena Little Endara is a collegian correspondent and can be reached at [email protected] and followed on Twitter @LittleEndara.