Living in Amherst next semester is the only option, some off-campus students say 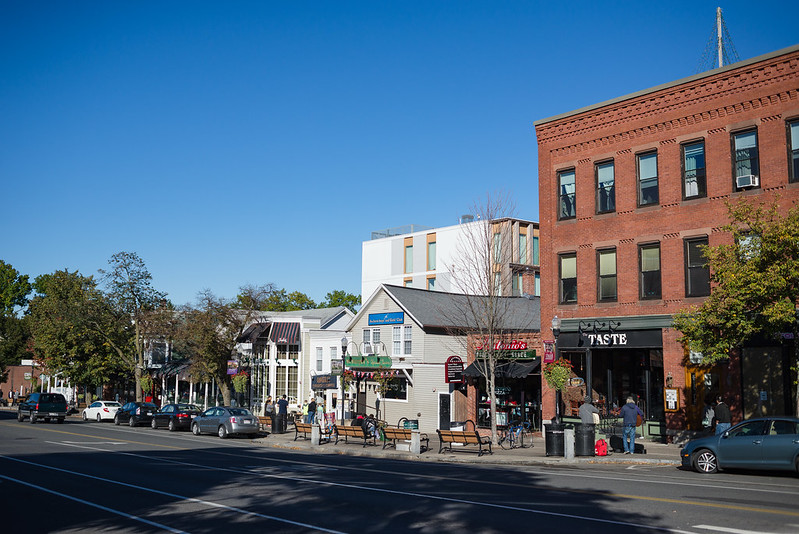 In the University of Massachusetts’ revised reopening plan released Thursday, off-campus students were “strongly” discouraged from returning to Amherst for the upcoming semester if they have remote classwork. But some students say there’s no other option.

Several months before fall semester plans were announced, students began searching for off-campus housing and signing leases for the following school year. With many students already moved in and classes beginning in nearly two weeks, they say it’s impossible to opt out of their leases.

Moving out of town “is literally not even a consideration,” said Zoe Kaplan, a junior communication major, who has been living in town since early June. “Beside the fact that I’m already here, I cannot get out of this lease.”

“Signing a lease comes with spending money,” said Jaleen Cornejo, a junior communication and journalism double major. “[Leaving is] definitely not an option for me.”

After learning about the original reopening plan in June, sophomore Jack McGrath and his roommates paid and signed their lease.

“Changing the plan two weeks before class starts has created financial hardships on all off-campus students,” said McGrath, a finance major. “To top it off, the University is urging us to not come back to the Amherst area. It’s unfortunate this decision was made after families were locked in.”

“I get what UMass did, it will save lives,” said Conner McGarry, a junior legal studies major, who moved to town a month ago. “But if I had known earlier, I would have put additional serious thought into signing a lease.”

Some students are worried about exposing their family members to the virus if they went home. Kaplan, who is living with four of her friends, said protecting her family is another reason she wouldn’t leave town.

“If anything, I feel like it’s smarter for me to be here social distancing with my friends rather than further the potential of exposing my parents,” Kaplan said.

In an email to the campus community Thursday night, Chancellor Kumble Subbaswamy emphasized the importance of limiting the number of students living off campus, calling for students who are considering returning to campus to refrain “in the interest of public health.” Students living off campus also won’t have access to campus facilities, he said.

Amherst Town Manager Paul Bockelman also expressed concern about students returning to the town in a letter to the University in early July. Students “will have to produce their own college experiences” without usual college programming available, he said.

A potential coronavirus spread is also a concern among students living in town.

“Parties will be happening, and students will be hanging out with their friends off campus. There is no question that it’ll spread like wildfire,” Cornejo said. “You can isolate, but you can’t stop your roommates from going out and doing whatever they want to.”

“While I know I am personally going to continue to social distance, I have noticed other people partying and I know that will just continue to increase as more people move in,” Kaplan said. “However, I do think it would be much less of a spread than if all these people were living in tiny stuffed dorms.”

Students also said that being in Amherst for the fall semester will be beneficial for learning. The University sent the majority of the campus community home in March, and students believe living off campus with friends will create a better learning environment than staying at home.

“It’s not even about being in Amherst,” McGarry said. “I wanted to be in a better learning environment, interacting with my peers, not my parents. Living off campus will allow me to grow more.”

“I also can’t see myself being able to focus on schoolwork with the distractions of being at home,” Cornejo said.

Matt Berg is the Managing Editor and can be reached at [email protected] Follow him on Twitter @mattberg33.