From Minutemen to Mets, alumnus Ethan Wilson is living the dream

Ethan Wilson is now senior director of communications for the Mets 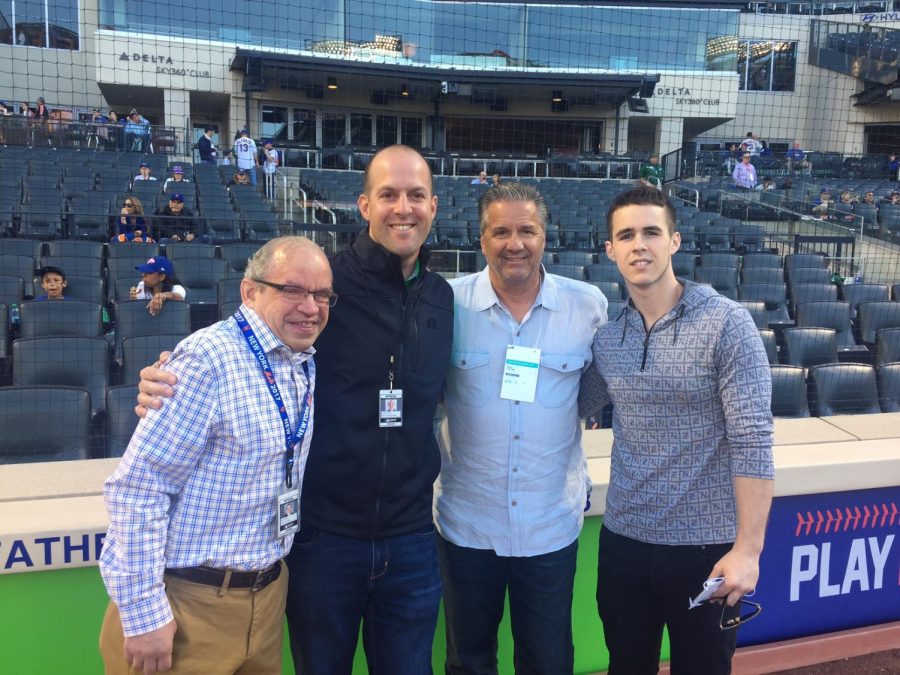 It was a Friday night when the general manager of the Pittsfield Mets delivered the news that Ethan Wilson had an interview in New York for a public relations position for the Mets.

“I was driving home and I remember thinking to myself, this is all I ever could have asked for,” Wilson said.

Immediately after, Wilson called his mother to share the news about his interview. Before he could even explain what happened, another call interrupted him.

On the other end of the phone was Jay Horwitz, the vice president of media relations for the New York Mets. Thanking Wilson for the past month that he voluntarily worked for his staff, Horwitz complimented Wilson’s work ethic, giving him a good feeling about his upcoming interview. But after 25 minutes with no mention of an interview, Wilson began to worry.

A Florence, Mass. native, Wilson graduated from the University of Massachusetts in 1994. He majored in sports management and managed the football team throughout his four years on campus which gave him the opportunity and preparation for the interview in the first place.

“The football coach at UMass called the Pittsfield Mets general manager, who also went to UMass, and knew the football coach who recommended me,” Wilson said. “My first three years at UMass, Jim Reid was the coach, then Mike Hodges my final year. Those two people are really responsible for my progression.”

Grateful for the opportunity that both Reid and Hodges gave him, Wilson thinks those types of relationships are not unique to his story but necessary for success in his field.

“I think in a lot of industries like the sports industry, you know someone who knows someone who could help you further your career,” Wilson said. “No one ever gets in a spot by themselves, truly. There is always someone who helped them, who knew somebody, recommended them, someone who gave them a shot when they were young and inexperienced.”

Fresh out of college, Wilson began his internship doing public relations work for the Pittsfield Mets, a minor league baseball team about an hour west of UMass.

“One aspect about minor league baseball is that you get to see the entire industry,” Wilson said. “A minor league team is actually perceived as bigger than it is. Year-round, there was probably five to six of us.”

That meant Wilson found himself doing everything.

Wilson and his colleagues did the labor work, putting tarps on the field and painting the seats, getting to do and see everything behind the scenes.

“You learned how everything ties together,” Wilson said.

While working for the Pittsfield Mets over the span of five years, Wilson saw many players go from the minor league level and become major stars for the New York Mets.

“We had Jay Peyton, we had Elvis Presley’s third cousin, Kirk Presley, who was a first-round pick from Tupelo, Mississippi and we had Bobby Valentine’s nephew, which led to some unique stories,” Wilson said.

Horwitz first got to know Wilson when he was working in Pittsfield. They would be in frequent communication, discussing first-round prospects and upcoming stars.

Hungry for his dream of working in the major leagues to come true, Wilson called Horwitz in 1999 offering to volunteer with any work the big-league club needed. At the time, the Mets had not been to the postseason since the 1980s, so they gladly took any help they could get, accepting Wilson’s offer.

“We won the one-game playoff, then basically played for another month between the Division Series and the National League Championship Series,” Wilson said. “I helped out with different things around the office, so Horwitz got to know my work ethic. When the season was over, I mentioned to him that this was something I’ve always dreamed about doing from this level.”

After returning to Pittsfield, about two weeks later Wilson found himself talking to Horwitz on the phone, moments after finding out about the interview. Horwitz began complimenting Wilson’s work habits, also telling him how difficult living in New York City can be, confusing Wilson about the reason for the unexpected call.

“At the end of the conversation, Horwitz said he was really impressed with me and asked if I could start working in a week,” Wilson said. “I was amazed, I was so emotional. It was all I have ever wanted. The conversation could not have gone any better.”

Many players have put on a Mets uniform in the time that Wilson has been there, but one player in particular, David Wright, had a special relationship with Wilson.

Wilson witnessed Wright get drafted, watched him make his major league debut, then turn into the face of the franchise, become a captain and watched him end his 14-year run with the Mets due to injuries.

“He was just a different type of person. David went out of his way to do as much as humanly possible to touch other people’s lives,” Wilson said. “He was unique and special to the organization. He made everyone feel important.”

November will mark 21 years with the organization. Being with one team for so long and having the MLB offices located in New York City, Wilson has seen colleagues come and go. But for him, taking his talents elsewhere has never been on his agenda.

“It’s just me individually. I just couldn’t,” Wilson said. “There’d be something missing about trying to promote what all 30 teams are trying to do. Here when we have spectacular years, there’s not a better feeling. My first year was 2000. In 2015 we went to the World Series.”

After beating the Chicago Cubs in the National League Championship series in 2015, the Mets got on the bus having just secured a spot in the World Series. Wilson’s phone was filled with texts from friends and family congratulating them on their huge win. The excitement kicked in as the Mets drove through Wrigleyville, realizing what was ahead.

“Wow, we’re going to the World Series. This is what it’s all about” Wilson said. “Those feelings—you can’t put that into words.”