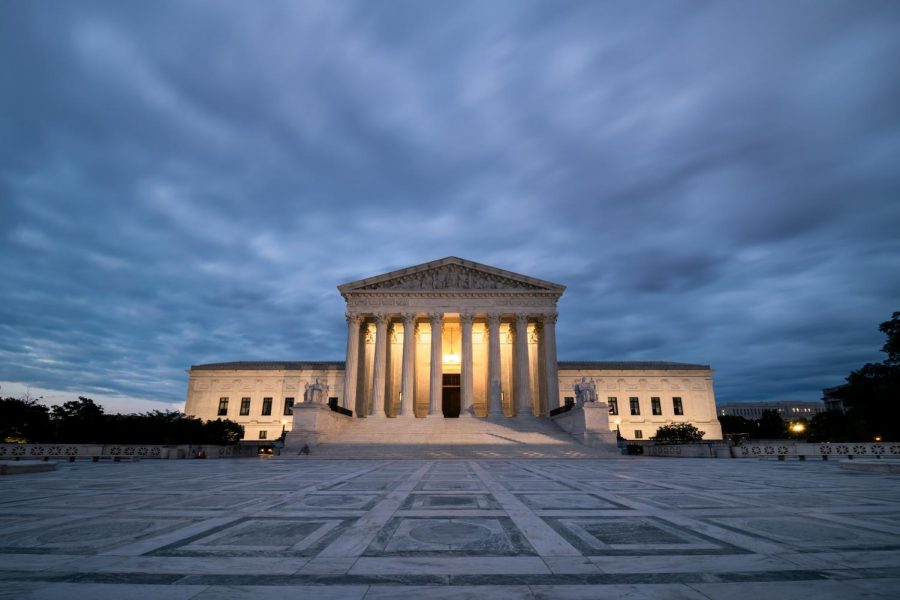 The recent passing of Supreme Court Justice Ruth Bader Ginsburg created a vacancy on the Supreme Court which has already sparked a great deal of controversy. With just six weeks until the election, the debate over who shall replace Justice Ginsburg will substantially weaken the public’s confidence in the independence and legitimacy of the courts. This already comes at a time when the nation is deeply divided. Pew Research confirms that affective political polarization — division in which both sides distrust each other—has been increasing for decades. Additionally, the increased risk of political violence in 2020 shows that American society is especially polarized this year. If Mitch McConnell and the other Senate Republicans choose to move forward with President Donald Trump’s nominee, it could worsen the divide within society and further erode the public’s trust in government.

President Trump and Senate Republicans already damaged their legitimacy when the Senate voted along party lines to acquit Trump after he was impeached in the House of Representatives. The president was charged with obstruction of Congress and abuse of power over his withholding of security aid to Ukraine. The transcript of Trump’s phone call with Ukrainian President Volodymyr Zelensky suggests that Trump did this in an attempt to influence Zelensky to provide political dirt on Joe Biden, thus soliciting foreign influence in the election. The evidence against Trump is pretty damning. Senate Republicans confirmed the strength of the evidence by openly choosing to not be impartial jurors and decide the matter based on politics. While it is true that no rule prevents Trump from nominating a new Supreme Court Justice before November, Republicans have not given anyone any reason to believe that their motivations are anything other than political.

Republicans also do not have a very large mandate of power from the electorate. Not only do polls currently indicate that Trump is likely to lose the election, but the majority that Republicans hold in the Senate is small and not representative of any popular majority. The Senate gives two seats to every state regardless of population. The House of Representatives, however, gives a number of seats to each state proportional to its population. Democrats gained a majority in the House in 2018, which implies that the public is more in support of Democrats. Republicans are also in danger of losing their Senate majority in the upcoming election. Furthermore, President Trump never won the popular vote in 2016. McConnell has argued that since the Republican Senate majority increased in 2018, the public has clearly communicated its support for the Senate’s agenda. Given how small this majority is, however, combined with concerns about the integrity of Senate Republicans and the President, many people will justifiably see this nomination process as a power grab by a party in danger of losing its majority.

On a deeper level, this process will also serve to further erode trust in the judicial system. Supreme Court cases oftentimes are inescapably political (“Roe v. Wade” and “Brown v. Board of Education”, for example), but the polarized nature of politics currently will test the extent to which people view the Supreme Court as a body guided by Constitutional principles rather than political interests—even more so than other recent controversies have. With trust in government already woefully low, what if Trump contests the results of the election as many predict? President Trump has yet to confirm that he will accept the election results as legitimate. In the event that Trump contests the election, to what extent will we be able to rely upon the Supreme Court for a final decision on the matter that both sides will accept? A battle over Justice Ginsburg’s vacancy would serve to worsen the chances that people accept the legitimacy of Court’s decision related to the election, which would be a constitutional crisis.

Given how hotly contested this election is, the nation will have a hard-enough time getting through the 2020 election as it is. Moving forward with the nomination will further strain the fabric of society and damage the ability of the judicial branch to uphold the rule of law. It is crucial that the Supreme Court be viewed as an independent body guided only the principles of the Constitution. Otherwise, the interpretation of law will increasingly be viewed as just an extension of politics, which robs the Court of its legitimacy.