Off-campus students have been following COVID-19 precautions for the most part, officials say

While there have been reports of off-campus parties and gatherings, Bill Laramee, neighborhood liaison officer for the Amherst Police Department, says the gatherings have been somewhat controlled 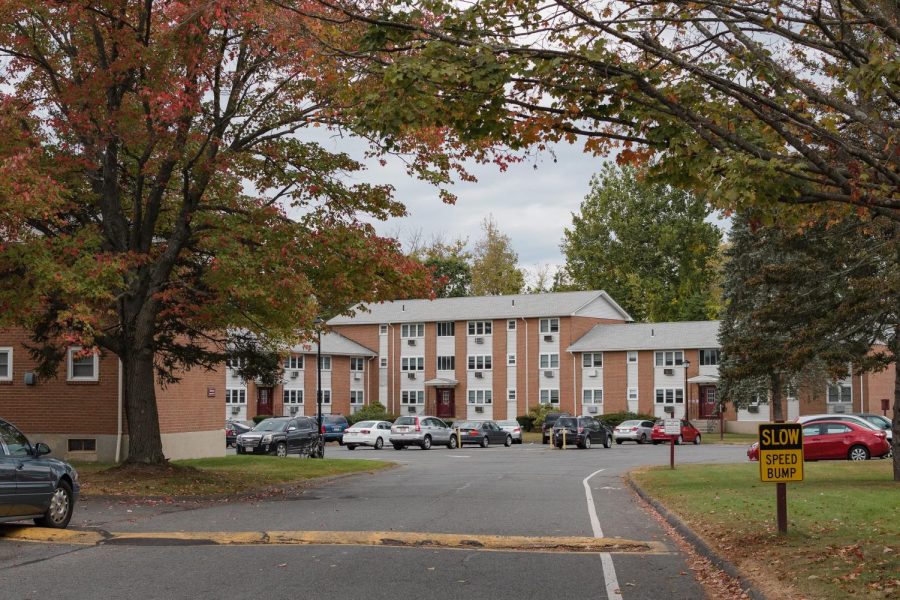 The University of Massachusetts has been working with the Town of Amherst to monitor off-campus student activity and prevent the spread of COVID-19.

While there have been reports of off-campus parties and gatherings, Bill Laramee, neighborhood liaison officer for the Amherst Police Department, said the gatherings have been somewhat controlled.

“We haven’t seen what traditionally we would see in terms of like, hundreds of students, or encounters with the students,” said Laramee. “And because of that, I would say, average size of gatherings is maybe 10 or 16 people.”

In July, the University announced the formation of a joint working group with the Town of Amherst to coordinate COVID-19 response initiatives.

Executive Director of External Relations and University Events Tony Maroulis is a member of that group.

“I’m a part of that group, that 17-person working group of University leaders and staff, folks from town hall and town government, that’s been going great,” said Maroulis. “It’s as much as anything else coordinating information and sharing information about what trends are, so during those meetings, we discuss what happens during the weekends.”

In July, Amherst Town Manager Paul Bockelman sent a letter to Chancellor Kumble Subbaswamy detailing his concerns about off-campus students returning to the area. Bockelman did not respond to a request for comment, but Maroulis says the University’s working relationship with the town remains positive.

“We do always come together and communicate where we need to, so it’s a terrific working relationship that we have with the town,” Maroulis said. “Occasionally, there’s some stresses, but we’re pleased with how the fall is going.”

According to Mary Dettloff, deputy director of UMass News and Media Relations, the University is taking an “education and awareness approach” to violations of COVID-19 social distancing regulations. Dettloff also says students who commit “repeated, egregious” violations of the Student Code of Conduct will face a conduct review with the Dean of Students Office.

“Our external affairs staff and our off-campus student director are both actively involved with doing visits to off-campus housing areas to remind students about testing, social distancing and the Party Smart party registration system,” said Dettloff in an email. “We also have the public health student ambassadors who interact with off-campus students in Amherst to talk about COVID-19 safety precautions, hand out masks and provide other resources.”

UMass is also encouraging all off-campus students to get tested twice a week.

“A couple of weeks ago, we announced that all off-campus students in the Amherst region should get tested twice a week at the Mullins testing center,” Dettloff said. “We have had good compliance but would still like students who have not been tested to come in and get on a regular, twice-a-week testing schedule.”

Though the University is not directly monitoring all the activities of off-campus students, Maroulis said he wants to encourage those students to take advantage of the resources UMass is providing.

“I want to make sure that students are aware that they can be tested twice a week if they’re living off campus and add their local address in SPIRE in the event that there needs to be contact tracing,” Maroulis said. “Really, we’re there as a resource.”

“We’re really trying to make connections with students, because the idea is to create a culture of compliance. We’re all in this together. And there’s nobody off campus, including residents like me, you know, we want to get back to normal,” said Maroulis. “We’re finding overwhelmingly is our off-campus students are doing great. They’re part of the solution right now.”

Maroulis added that downtown businesses in Amherst have reported that UMass students have been following precautions and wearing masks in public.

“We hear that all the time from the business improvement district folks, it’s that our students are really leading the way,” he said. “So I think it’s been a pretty good fall. I mean, I think we should all be proud of ourselves. We just have to continue it.”