Planning for the spring semester, addressing inequity and other takeaways from Alumni Town Hall 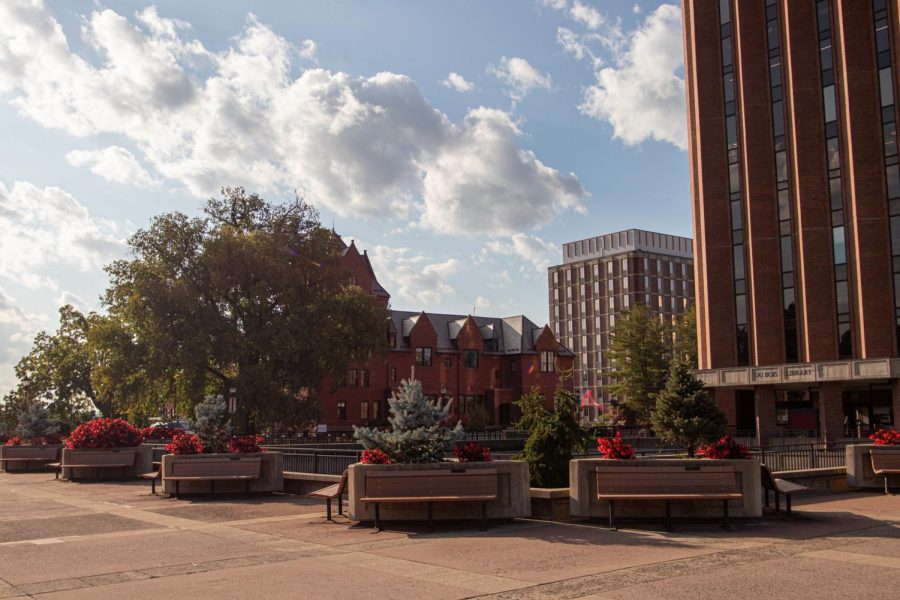 Campus leadership held a virtual Zoom event titled “State of the Campus: An Alumni Town Hall” on Thursday, during which University of Massachusetts alumni posed questions that ranged from processes for contact tracing, accessing endowment funds and the plan for UMass athletics moving forward.

Chancellor Kumble Subbaswamy began the event with a brief overview of the year, relating that the spring semester completion rate remained consistent from previous years, even amid the abrupt transition to virtual learning.

He said that the University had been able to balance the budget for Fiscal Year 2020, after receiving support from the CARES Act. While discussing finances for the current year, the chancellor said, “our budget situation is extremely tight.”

Facing the loss of full capacity room and board, he noted, “everything that is true of the hospitality industry is true on our campus.” Subbaswamy added that enrollment was down by only 0.5 percent.

“I think it’s a testament to both the resilience of our students and the dedication of our faculty and staff who supported them through this transition,” Subbaswamy said. On the topic of testing, the chancellor said UMass was averaging about 2,000 tests a day, with a positivity rate of 0.04 percent.

Subbaswamy acknowledged the presence of some super-spreader events, “otherwise known as parties.” While it was still under study, he revealed that there, “may have been one party where there were 40 people who may all have, in fact, been exposed,” adding that efforts to contact-trace participants are underway.

Moving into the question and answer portion of the event, Chief Diversity Officer and Interim Vice Chancellor for Diversity, Equity and Inclusion Nefertiti Walker was asked about the steps the University has taken to address racial equity.

She noted the important conversations they have had with students about their experiences, many of which have revealed that, “inequality may be manifesting in our particular business units.”

Walker said from these conversations the University developed several items to address, “ranging from… underrepresentation of Black and brown students, faculty and staff in particular areas of campus, to creating a more diverse curriculum.”

Walker said that UMass is focusing on targeted training, such as one concentrating on microaggressions. The University is also increasing student representation within the office, using advisory boards where students will work in a consulting position to develop trainings, programs and involvement initiatives.

When asked what initiatives were in place to protect the local Amherst population, Steve Goodwin, deputy chancellor and chief planning officer, spoke about the work undertaken by the Public Health Promotion Center.

Goodwin said that within four weeks, UMass has been able to conduct 50,000 tests. Additionally, he revealed that the University was in the process of transitioning from sending test samples into Cambridge to developing a program through the Institute of Applied Life Sciences with the capacity to analyze tests.

Goodwin further reflected on the positive participation of students and faculty being tested twice weekly. He said that testing was essential to protecting UMass and the surrounding region, emphasizing that symptomatic testing was available for anyone within the UMass community.

Vice Chancellor for Student Affairs and Campus Life Brandi Hephner LaBanc fielded questions about how the University has remained connected with students. The vice chancellor recognized the work of the University Health Services in providing support services, as well as the efforts of Disability Services in adapting online exams and integrating virtual learning with closed captioning or alternative media when needed.

Ryan Bamford, director of athletics, provided an update on the fall and winter sports seasons. Currently, men and women’s basketball and ice hockey are slated to begin in the Fall 2020 semester.

He reported that men and women’s basketball will be allowed to start on Nov. 25, though the season will be shortened by four contests. Bamford said they continue to work towards the goal of holding March Madness this season as well. Football is scheduled to resume in mid- or late October.

While there are ongoing deliberations about specific procedures, the ice hockey program will start in late November, but there will be no fans. Bamford said that for track and field, among other sports, decisions are still in progress between conferences.

When asked about what consequences on-campus students face for parties, Hephner LaBanc said that there is a conduct process in place, but that there was a “delicate balance” in ensuring that students continue to test and that conversations about proper practices was the first measure taken.

Subbaswamy added, “we really want people to help us with contact tracing. We want them to trust us… So if you really start taking a very heavy hand-handed approach right away, in all likelihood, people will not help us honestly and candidly.”

In conversation about how University researchers were being kept safe during this time, Mike Malone, the vice chancellor for research and engagement, said that programs had officially started opening up at the end of May. Malone explained that researchers are provided personal protective equipment, operate in shifts or pods and all participants follow a weekly testing schedule.

As the event came to a close, the question was raised about how alumni could be, “comfortable donating to [the University] knowing that some employees are being furloughed indefinitely, despite a sizable endowment?”

Mark Fuller, vice chancellor for advancement, explained that regardless of funding from an endowment or donations, a majority of those funds have strong restrictions placed on what they can be used for. He noted that the relatively large UMass endowment is, “for the system…for the Amherst Campus,” adding that the endowment, “has contractual obligations surrounding it that does not allow it to be used for general operating funds.”

With spring planning just beginning, Subbaswamy acknowledged that the budget and future remains uncertain, saying, “Spring, I don’t think, is going to be normal at all.”

During his remarks, Subbaswamy offered a message of hope, “We are keeping our eyes wide open in terms of the future because there is a future. This university has come through 157 years of ups and downs, and it will be here for another 157 years and longer.”