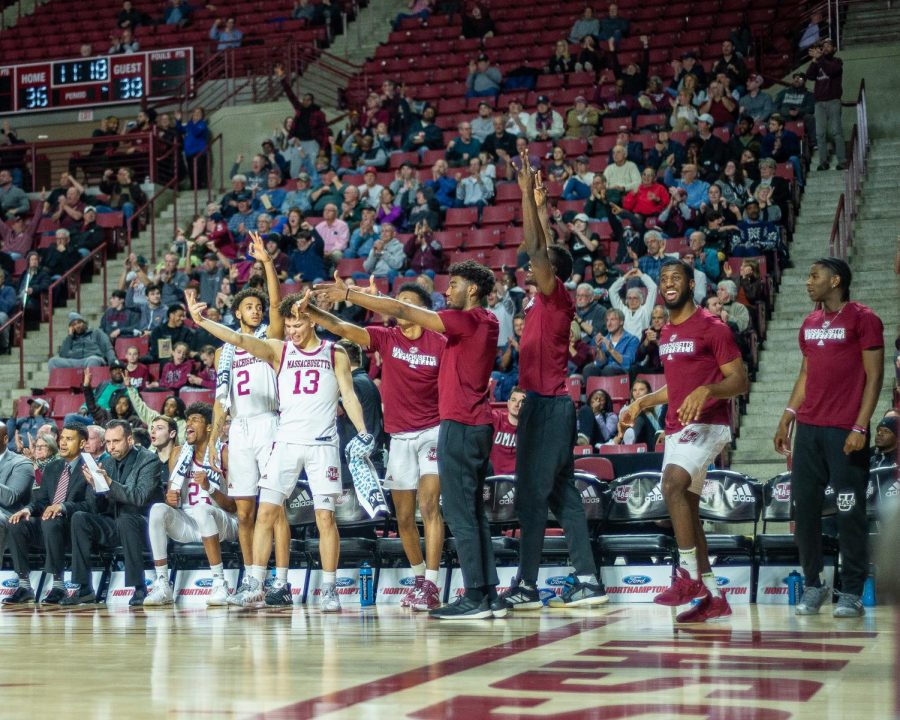 It was around May when Brian Mathews got a phone call from Massachusetts assistant basketball coach Tony Bergeron, where he told Matthews that they liked his classic back-to-the-basket, big-man style of play.

Only three months later, Mathews officially committed to UMass for the 2021 season.

After Mathews got the call, he did some research to see if the Minutemen would provide everything he would want — not only from a basketball standpoint, but from an educational perspective as well.

Being happy with what he saw from the school, the next thing Mathews did was get in contact with sophomore standout Tre Mitchell, who Mathews will likely be backing up when he suits up for UMass next winter.

Mathews was happy to hear from Mitchell how nice everybody in the program was and how good a campus it is in Amherst, but there was one thing that really piqued the interest of Mathews.

“Will [head coach Matt McCall] push me hard every day? Because that’s what I’m going to need,” Mathews said.

Mitchell replied by warning Mathews that there will be tough days for him if he doesn’t come ready to work every day at practice.

With his other offers coming from Youngstown State, Western Illinois, University of Wisconsin-Milwaukee and Chicago State, the choice was becoming easier and easier.

Only a couple months after the initial phone call with Bergeron, with no tour of the campus and no in-person meeting with any coaches or players, Matthews announced he will be committing to play for the Minutemen next year.

Despite COVID-19 restricting Mathews’ ability to visit campus, the school and the player were both still able to get exactly what they wanted. UMass needed another big man to alleviate some pressure on Mitchell once grad transfer Mark Gasperini graduates, while Mathews gets the opportunity to prove himself on a bigger platform than any other school that offered him. He’ll also get to learn behind one of the better centers in all of college basketball in Mitchell.

Matthews will likely fill the role that Djery Baptiste held last season and what Gasperini is projected to do this season: filling the middle when Tre is on the bench and even playing alongside Mitchell to showcase a bigger lineup. Mathews isn’t as big as either of the two backups to Mitchell: he is measured at 6-foot-9 230-pounds, while Gasperini and Baptiste are both listed at 6-foot-10 245-pounds, but Mathews should be able to make up for the slightly smaller size with his 7-foot wingspan.

Another factor Mathews can bring that Baptiste and Gasperini have not shown much of in their career is the ability to shoot from outside. Mathews is no sharpshooter, but people might be surprised by the big man’s ability to extend his range.

Coming off a junior year where he averaged around nine points, 10 rebounds and a couple of assists and blocks, Mathews cited his jump shooting as the part of his game he most looks to build on going forward, while also trying to round out the rest of his game.

With the 2020 recruiting class for the Minutemen heavily favoring guards and wings, it makes a lot of sense for McCall and Bergeron to lock up a center early that they can trust to put down low to give Mitchell rest, or compliment him on the block. It will be interesting to follow recruitment of UMass basketball this year to see how many players similar to Mathews don’t even visit the school or meet anyone in person before committing.

Joey Aliberti is an assistant sports editor and can be reached at [email protected] Follow him on Twitter @JosephAliberti1.