Review: ‘The Devil All The Time’

“The Devil All The Time” uses violence in a dramatic way, often in lieu of character development or complex messaging 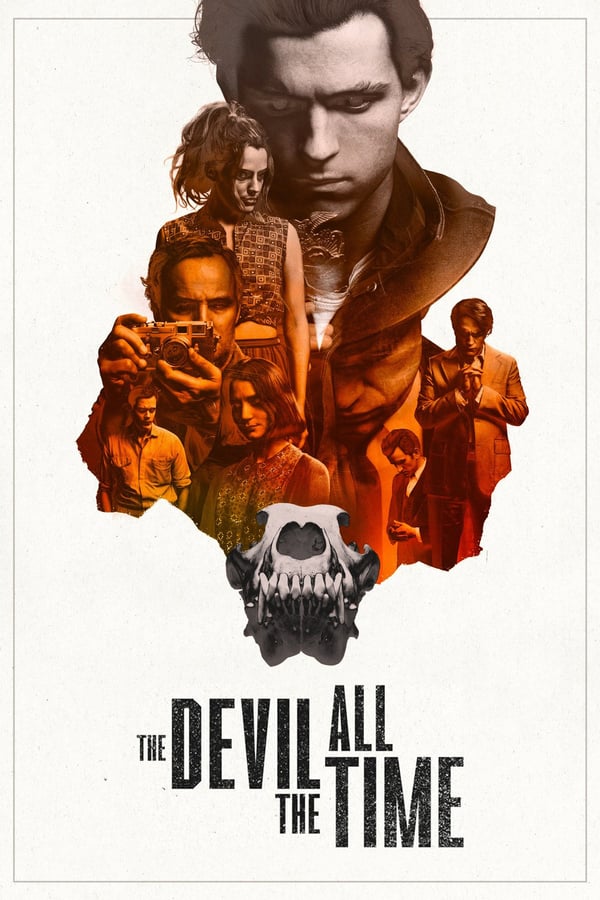 Courtesy of The Devil All The Time Facebook Page

“The Devil All The Time” is anything but discreet. The cast is filled with popular young stars, including Bill Skarsgård, widely known for his role as Pennywise in “It”, Robert Pattinson, Tom Holland of “Spiderman: Homecoming” and “Spiderman: Far From Home,” Harry Melling, Dudley Dursley in the “Harry Potter” franchise and Sebastian Stan, another Marvel mainstay. It’s a cast seemingly tailored to Gen Z and Millennials, with many of them having been featured in blockbuster franchises popular with people in that age group.

The film’s message is not discreet either. It follows multiple generations of multiple families and the way their lives intertwine. There is an abundance of violence and dramatic deaths that occur throughout the film. “The Devil All The Time” explores Christianity in rural America, with there being a lot of focus on religious leaders, religious practices and those who participate in such practices. Specifically, a lot of the horrifying images and situations that occur involve Christian symbols or justifications. In contrast, there are also characters that commit atrocities with seemingly anti-Christian morals.

There are two religious leaders in the film. Roy, played by Melling, who murders his wife in a misguided attempt to enact God’s will. Before this, he had poisonous spiders crawl all over him in order to prove that God would protect him. You can see that while he truly believes in God and is devout to his faith, he’s also just insane. On the other hand, Pattinson as Reverend Teagardin seems to use religion and faith as a tool to get what he wants.

The film is filled with other devout believers and harmful people, with some characters being both. Arvin’s father, played by Skarsgård, loses and then rediscovers his faith in an intense way. Like Roy, he commits heinous acts, but it is due in part to his misguided ideas about God, as well as his desperation due to his wife’s sickness. Lenora is an example of a devout character who does not commit any harm or ill deeds, but is able to be manipulated due to her trust in religion.

The sheriff, his sister Sandy and her husband Carl all seem to have no religious backing for their actions. They seem to be cruel people chasing their goals of feeling God-like, as Carl says, and as could be the reason for the sheriff trying to cling to power. Holland’s Arvin is seemingly the only non-ideological main character, who acts only to preserve his own life and to take care of his sister, even if he acts on his father’s gruesome teachings while he does so.

The film has a clear message of the ways in which morality or lack thereof manifests and is abused by people so they can do whatever they wish. Whether it is Carl and Sandy sexually assaulting and then murdering random men, Arvin’s father killing Arvin’s dog and then himself or Reverend Teagardin manipulating Lenora into having sex, it is “The Devil All The Time”.

This message, while powerful, is portrayed messily. The deaths are rapid fire and gruesome, almost seeming at times to be for shock factor more than anything else. The different plotlines and timelines are often haphazard, and there is not a neat or effective arrangement of events. The violence in the film is constant, and there is no relief from it. We see in detail the skinned, crucified soldier, the crucified dog and the bullies getting beat up by Arvin, as well as Lenora accidentally hanging herself. The film has a message, but often seems more interested in freaking its viewers out than portraying the message.

The characters are not super complex either: Reverend Teagardin, Carl, Roy and Lenora are like caricatures. Even Arvin, whose life and emotional state gets the most focus, often acts without much deliberation or hesitation. He beats up the bullies and shoots the Reverend—that’s just what he does. There isn’t any real analysis of his mental state, only the mirrors from his past and his clear rage. There isn’t much reaction on his part after the fact, either. He is the most developed character, and he is not well-developed at all.

Arguably, Sandy and the sheriff are two of the most compelling characters. They act in a somewhat more morally ambiguous way. Obviously, the sheriff is corrupt, but he is also shown caring for people while doing his job. Sandy also commits terrible acts with Carl, but expresses some regret. This is refreshing in contrast to the evil characters who have no redeeming qualities or complex motivations besides being evil.

All in all, the film is interesting and entertaining. I was not bored during it, but mainly confused and, at times, a bit upset. I know many people enjoy it tremendously, but it is not a very well developed film. In my opinion, it’s also a bit corny. The actors’ performances are good, but they’re as deep as the film allows them to be, which is not much. The easiest way I can describe how this movie made me feel in terms of the constant violence is by comparing it to the “Dear Sister” sketch on Saturday Night Live.

I think there are very compelling conversations to be had about the way Christianity can affect people, but I think this was done in a sensationalized way. If there was a little more focus on character and theme development, I think this film could have been a standout from this year. I personally did like Pattinson’s accent, though.