For immigrant students, the election could shape their lives

“Your decision to vote or not directly affects me” 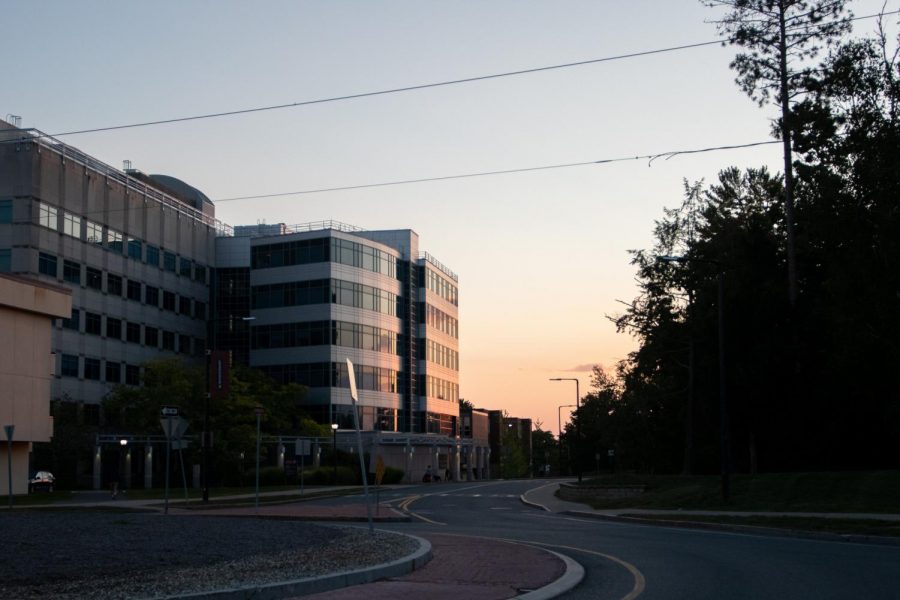 The trip that Luana Rodrigues Dos Santos and her mother took from their rural hometown in Brazil to the United Sates was an extremely difficult one.

Dos Santos says that at some points, she and her mother were “literally dodging bullets.”

It took them months to travel to the United States, and years before Dos Santos could get legal status. She was “completely undocumented” until she received DACA status around the age of 15 – and politics would shape many aspects of her life in the following years.

Deferred Action for Childhood Arrivals, or DACA, is a federal government program created in 2012 under the Obama administration. It gave undocumented children who arrived in the United States at a young age, like Dos Santos, temporary legal status, enabling them to study and work in the country.

“I just knew from a very young age that it was very important to be quiet” Dos Santos said of her experience growing up as an undocumented immigrant.

Dos Santos realized the impact that having legal status had on the lives of immigrants after receiving her DACA status just as she came of age.

“It came in at a good time,” she said. “I wasn’t having that high school experience taken away from me, of getting [my] license and getting a first job.

Dos Santos, now a senior at the University of Massachusetts majoring in neuroscience and minoring in Portuguese, is the president of the campus’ Lusophone Student Alliance. With the 2020 presidential election coming up, she hears peers expressing their decisions to not vote in the upcoming presidential election, frustrated with their indifference to something that so deeply affects her life and so many other’s.

“It’s your right, but your decision to vote or not, or whatever you want to do, directly affects me,” Dos Santos said.

The outcome of the 2016 presidential election signified how deeply politics can affect the lives of immigrants in the United States.

Yanssy Rodas Dubon, a freshman majoring in political science, is a first generation American who’s parents emigrated from Honduras at a young age.

“I live in a community with a lot of immigrants,” she said, recalling the shift in attitudes towards immigration she noticed following the 2016 election. “ The morning my mom told me Trump got elected, I could see it on her facial expression just how sacred she was.”

Reflecting upon the impact that the new administration had on the public’s perception of immigrants, Dos Santos said that negative sentiments had existed previously but not been so openly expressed.

“It kind of gave room for people who had hate in their hearts to openly display it,” Dubon said. “It made them feel like ‘Oh, I’m not the only one now. I can come out with all these ideals that I’ve been holding in for so long.’”

“It’s gotten worse in the sense that it’s now becoming a normal thing to bring out these sentiments against immigration and immigrants,” Dos Santos continued.

“We were always having to fight before but now it’s like, well, we’re not just fighting the government, we’re fighting people’s mindsets, generational viewpoints of a certain group of people, constantly.”

But Dos Santos also believes that the current environment has allowed those who have positive sentiments towards immigration to express them more strongly. “Because of so many terrible things going on across the board, people who are for equal rights are much more generous and open-minded,” she said.

Adrian Chase, a math and computer science double major, has lived for 14 years in Latin America and has recently returned to the United States for college for the first time since he was 6. Although he is a citizen, he considers his experience similar to that of an immigrant.

Chase sees a the contrast in attitudes towards immigrants between the media and his own personal life in the last few years he has been in the United States.

“One hears the things in the news, and it sounds like there is negative stigma around immigrants in many ways,” he said. “But on the other hand, my personal experience shows a very welcoming environment for immigrants.”

Jenifer Atallah, a freshman legal studies major, immigrated to the U.S. from Lebanon when she was 6 years old, and describes her experience growing up as “being torn between two countries.”

Atallah remembers frequently being called a “terrorist” and other hateful terms to her ethnicity. However, up until the 2016 election, Atallah said that she’s experienced hostility as a Middle Easterner, but not as an immigrant.”

In recent years, she has experienced the effects of the Trump administration’s rhetoric on immigration.

“I was always just seen as different,” Atallah said.

She foresees that following the upcoming presidential election, the justification for stronger immigration policy will shift from “crime” towards avoiding “bringing in people that would get coronavirus.”

“I definitely think they’re going to be stricter on immigration policies even if it is a Democratic or liberal president.”

Dos Santos believes that no matter the outcome, she doesn’t see immigration or DACA becoming a priority, since many other topics, like the COVID-19 pandemic, are currently concerning the nation.

“Based on the last two debates, presidential and VP, immigration didn’t come up once,” Dos Santos noted.

But Dos Santos’ continues to experience the hardships that come with her immigration status regardless of whether it is a topic of conversation. Just recently, she renewed her DACA two weeks before it’s deadline after an “extremely nerve-wracking” experience.

Professor Brokk Toggerson organized a GoFundMe to help Dos Santos pay for her upcoming DACA renewal fees after she reached out to her professors asking for more time on her assignments, as she was struggling with the DACA renewal process. $1,226 was raised in a single day before the GoFundMe closed.

Dos Santos said she was brought to tears by her classmates’ donations and “complete strangers, in complete isolation, more so now than ever, being that generous.”

“I feel like my immigrant story is going to be never-ending until I get my citizenship,” she said. “It always going to be this constant battle of persistence and optimism.”

Laurie Millman is the executive director the Center of New Americans, which provides immigrants and refugees in Western Massachusetts with the education and resources they need, including free classes, support services and legal services. The center at times aids undocumented immigrants who have to go through similar processes that Dos Santos described.

According to Millman, the center serves around 100 people annually in Amherst.

“Amherst and the Pioneer Valley are very diverse. We serve people from Ghana, Cape Verde, Thailand, Cambodia, Venezuela, Ecuador, El Salvador, China, Colombia and many other places,” she said.

Atallah urged voters to consider the people that make the country so diverse when voting this upcoming presidential election.

“Think of your peers…It’s easy to think that white Americans make up most of the demographic, but this is a very diverse country,” she said. “Please think of others when deciding how you vote.”

“I just hope people find it in their hearts to vote not just in terms of themselves, but to put themselves in the shoes of low-income, minority, immigrant families who are struggling,” she said. “Particularly us first-generation students — we see just how much it impacts us, how every single vote matters, even if it is in the small elections that happen in your hometown.”

She also believes in the right of undocumented immigrants to be able to participate in the political process that affects their lives.

“There are tons of families who cannot vote who are undocumented in Massachusetts and some of them have lived here more than they have in their home country,” Dubon said. “It’s not fair to them they don’t have a say in in the country they pay taxes for and the country they made a living in” she continued.

With the election coming up in a few weeks, Dubon is worried about the effects the results will have on the country.

President Trump has repeatedly refused to accept a peaceful transfer of power if he loses the election and has expressed his suspicion over whether election results would be legitimate. These statements have concerned Dubon regarding what his supporter’s reaction would be in the event that he does lose the election.

These worries are not new but become amplified with each new election.

After a certain point, Dos Santos decided that she couldn’t continue remaining silent about her situation anymore.

She now spends much of her time advocating for other immigrant children and spreading awareness around the struggles that they may experience, trying to show them that they do have a “second chance” after immigrating, and they can get a job and go to school despite what others may tell them.

With only a few weeks left until the upcoming election, she urges those who are voting to be considerate of the lives of others when voting. “I’m open to pretty much everyone’s ideals. I see viewpoints as people’s reality” Dos Santos said. “But in order for us as people and as a country to be more united, we have to be open to other people’s realities, other people’s perspectives and their lives.”

Saliha Bayrak can be reached at [email protected]