Freshmen react to their unique first semester at UMass

It was not a typical start for college freshmen 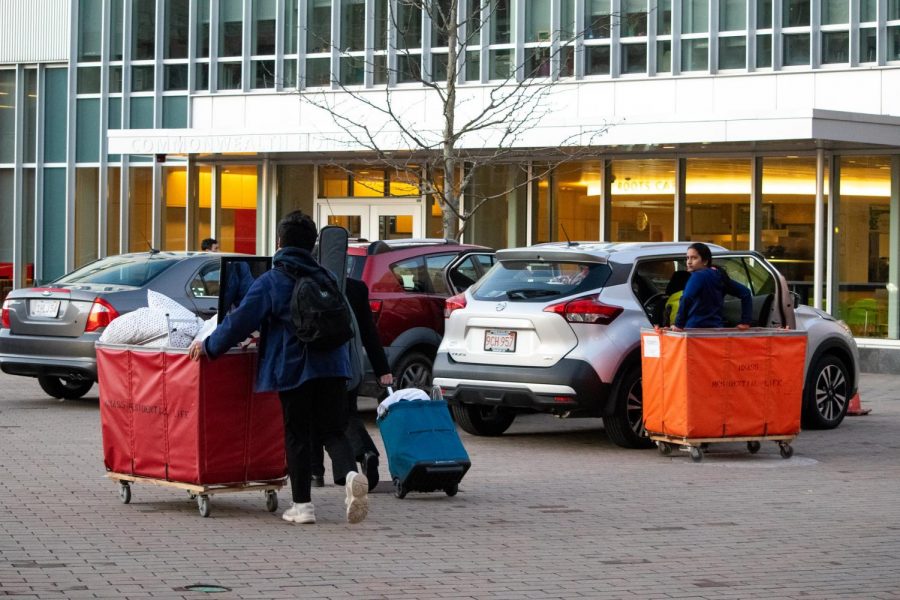 Freshmen at the University of Massachusetts always face a variety of challenges adjusting to college life. However, none have been quite like the challenges confronted by the freshman class of 2024.

On June 29, UMass announced a plan to allow any student to choose to move on campus. However, as the pandemic worsened in neighboring states and college towns, the University decided to change its plan and limit the amount of students on campus. Only those who needed access to campus were allowed to move into on-campus housing, a decision which changed the plans of many freshmen.

The decision to “significantly reduce campus population for the fall,” was made on Aug. 6, just nine days before the class of 2024 was scheduled to begin moving in to campus.

The statement read: “I realize that today’s announcement will cause disruption for many of you and is a major departure from the plan we released in June. Our intention at that time, with our plans to conduct most classes remotely while inviting all students back to campus, was to strike a balance between the immersive residential experience so important to our students’ Unfortunately, despite our best efforts and detailed planning, the proliferation of the pandemic has left us with no choice but to pursue this more stringent approach.”

“Some would see [moving to Amherst] as an opportunity to finally let loose from social distancing,” says Holly Tang, a freshman civil and environmental engineering major. “I see students who are not on campus already breaking corona protocols. The only policies that I’ve seen followed in public are lawful regulations in public, [such as] wearing a mask in a store.”

Tang decided to live off campus in Amherst this semester, as “living with a roommate already breaks [the social distancing] policy.”

The sudden change in plans sent some students scrambling for a plan B, whether that be living at home, renting an apartment in the Amherst area or even deciding to defer for a year, in which case they would need to reapply. No matter what, this semester was not the way the class of 2024 expected the beginning of their college career to go.

Meghan Connors, a freshman sports management major, was “disappointed” to be stuck at home this first semester. “But in the long run,” she said, “it was probably for the best.”

“It was nice we didn’t have to move in just to move out again, and [this new plan] saved us some money too,” she said.

Brady Rider can be reached at [email protected]