How a new wave of fans celebrates the early 2000s show 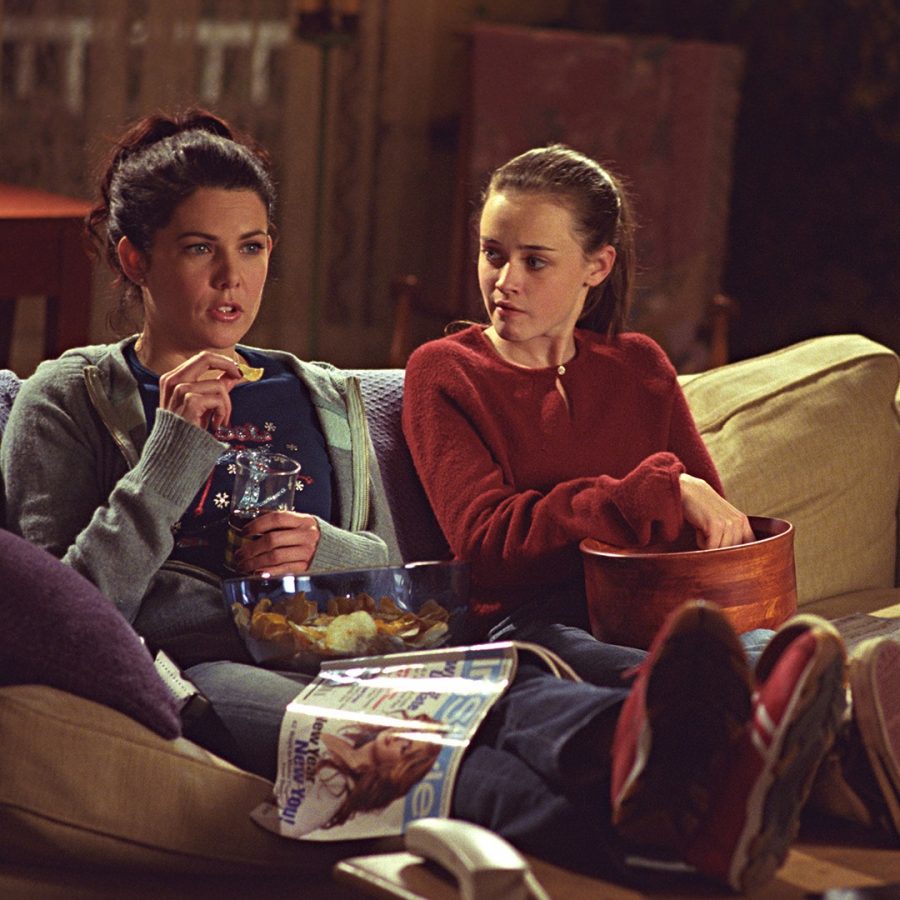 On Wednesday, “Gilmore Girls” celebrated 20 years since their first episode aired. Seven seasons and 154 episodes later, Rory and Lorelai Gilmore’s lives are still loved by many. Whether it be the fall aesthetic the show brings, the impactful storylines or the lovable characters, there is a lot to appreciate about this show.

When October rolls around, people are likely looking for TV shows or movies that put them in the spooky spirit and that provide warm comfort in a fall atmosphere. The pumpkins around Stars Hollow, endless hot coffee on chilly nights, hay bales on the street corners and Carole King’s voice singing over videos of orange leaves all provides fans with this exact atmosphere they are looking for.

“Gilmore Girls’” 45-minute episodes take place in the quaint make-believe town of Stars Hollow, Connecticut, which perfectly fills any need for Halloween, Thanksgiving, warmth and love, providing a beautiful autumn escape into the lives of these iconic characters.

With the rise in the term “comfort TV,” fans all over social media celebrated “Gilmore Girls’” 20-year anniversary with messages ranging from “Gilmore Girls being the ultimate comfort show is most pleasing to me,” on Twitter and “good morning happy 20 years to my fav fall comfort show.” The undeniable love and devotion these fans have explains the continuous streaming of episodes, especially during this time of the year.

In addition to the fans, cast and crew expressed great gratitude on social media as well. Lauren Graham, who played main character Lorelai, one of the most beloved TV moms, took to Twitter, saying “Your kindness and devotion to this show have brought me so much joy over the years. I’m so grateful, to say the least, and I love you all.”

While many fans use this time of year as an excuse to return to Stars Hollow, the legacy of the show reaches far beyond the fall comfort aspect.

Unlike shows created now, social media played no role in the entirety of the show, yet social media and modern streaming services are responsible for keeping the conversation surrounding these characters relevant today. YouTube clips, fan accounts and heated debates over Rory’s love life, all create a digital culture dedicated to keeping the show’s legacy alive.

When the show aired live from 2000 to 2007, viewers had limited access to technology, therefore the reactions and conversations online were nonexistent. Twenty years later, there are articles, opinions and arguments coming from fans who weren’t even alive when the show first aired. This perspective sheds light on these characters in a deeper sense, allowing fans to go back and thoroughly analyze plot lines, writing choices and characters.

For instance, what used to be “Team Jess or Dean?” one of the most frequent questions from fans, has now become, “Why did each boyfriend work for Rory?” The conversation that was once based on simple chemistry has expanded and put different personalities on screen, widening the connection from characters to viewers.

Dean was Rory’s first love, the greatest first boyfriend she could have asked for but when Jess Mariano rolled into town, Dean’s toxic overprotective, jealous traits overshined his “first great boyfriend” persona. The choice to portray Dean as jealous reminds viewers to set limits and acknowledge comfort levels with your partner, a timeless and crucial aspect to any healthy relationship.

When the bad boy bookworm, Jess, begins his relationship with Rory, the viewers see a broken boy who so badly wants to be loved but has no idea how to be. Through comments, videos and social media debates, what fans once thought of as “right person, wrong time,” has changed. Fans now see an example of a raw, authentic, troubled teenager with a difficult past, who doesn’t know how to properly handle the feelings he faces.

Whether it be analyzing Rory Gilmore’s college experience, looking up a famous quote said by Lorelai, appreciating a kind gesture by Luke or re-watching Kirk’s short film, generations to come will continue to dive a little deeper into the lives of citizens in Stars Hollow.

The power of streaming and the click of a button brings one viewer that much closer to connecting with on-screen romances, friendships, characters and experiences they never could have known before. The beauty of “Gilmore Girls” lies in the never-ending perspective and connection it has to offer. For a cry or a smile, a pumpkin or a Christmas tree, heartbreak or romance, “Gilmore Girls” can provide in every way.

Twenty years later we celebrate the Gilmores, Luke’s Diner, Miss Patty’s dance studio, Stars Hollow and the endless rollercoaster these characters take us on. Two decades later and more to come, there will forever be endless gratitude to Amy Sherman-Palladino for gifting us with this show back in October of 2000.

Happy fall, from one “Gilmore Girls” fan to another.

Lulu Kesin can be reached at [email protected]