In defense of not voting

Nonvoters make up more than half of the country 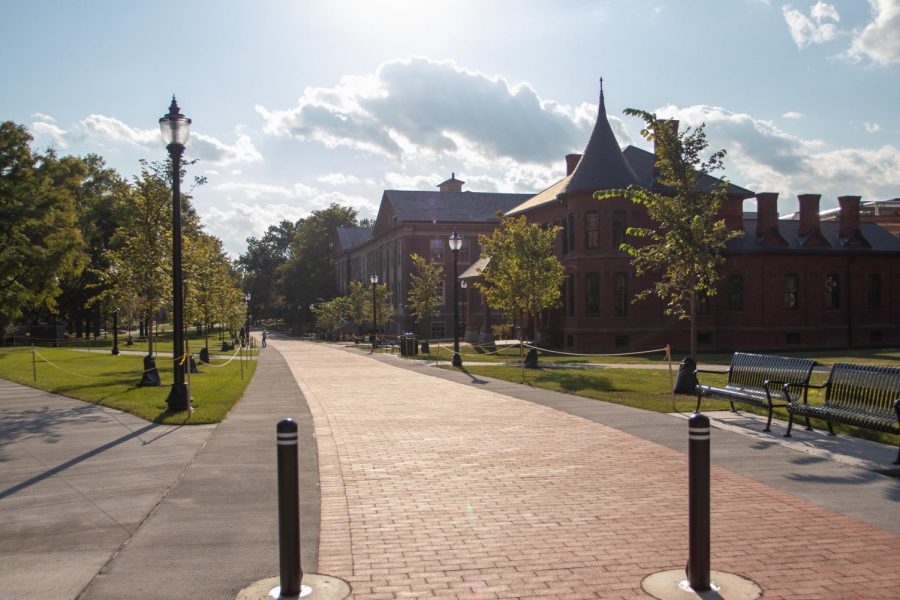 I am not voting.

This is partially because I live in Massachusetts, so my vote won’t have a major impact on this election. If I were in a swing state, I would probably hold my nose and vote for Joe Biden, but I am sympathetic to those who will not. I would vote if there was a candidate that met my standards. Neither do, so I am not voting.

How did we get here?

What created Donald Trump? He is a symptom of the problems in the American neoliberal status quo. This consensus view is associated with former presidents Ronald Reagan, Bill Clinton, the Bushes and Barack Obama. It has been the governing philosophy in America since the 1970s. The only problem is that it does not work for most people. Neoliberalism’s tenets include outsourcing, privatization, austerity and deregulation. Ronald Reagan passed tax cuts for the rich in the hopes that the benefits would “trickle down” to the rest of the population, while attacking labor unions. Bill Clinton signed NAFTA, promoting “free trade,” also known as outsourcing and repealed Glass Steagall, a regulation on banking that had originally been passed in 1933 to prevent another great depression.

Since the beginning of this neoliberal era, American wages have stopped rising, the middle class has been shrinking and entire regions of the country have lost their jobs in American manufacturing. Meanwhile, education, healthcare and housing costs have continued to go up. Consequently, debt in all of these areas continued to rise to this day. The 2008 financial crisis burst the credit bubble, leading to unprecedented numbers of evictions, and the government responded with massive giveaways to the rich. Americans’ trust in the media and the government has gone down as hopelessness descended upon the population. When none of our presidential candidates offer any answers this election, mistrust is an understandable reaction. Nonvoters believed that their government was too corrupt to help them, and the media was lying to them. I know this because some of them are my family members.

This is where Trump enters from stage left. He sold himself as different. He had no background as a politician, and promised to bring back the industry jobs that Barack Obama said were never coming back. Trump’s position on trade was clearly a break with the neoliberal consensus that has ruled Washington for decades. He blamed the misery in Americans’ lives on the media that they already lacked faith in. His campaign slogan, “Make America Great Again,” had meaning for people who knew that America was no longer great. Trump is now president because of a particular group of voters in the rust belt. They are the ones who voted for Obama in 2012, then voted for Trump in 2016. If it had not been for those people, or the jobs and trust they lost, then we would never have had a President Trump.

Where does that leave us?

Here is the problem now in 2020. Biden is not offering a meaningful alternative to the neoliberal status quo. In fact, he is running on nostalgia for the Obama years. What Biden represents is a return to those years. He is not going to bring the manufacturing jobs back or reverse any of the disastrous policies of the past 50 years. He promised to potential donors that “nothing would fundamentally change,” but fundamental changes are what is needed to address the problems I have mentioned. Until we have that kind of change, we will be more or less trapped in 2016, or headed for something worse.

I am afraid that we are being set up for a repeat of the period from 2008 to 2016. When you have a mistrustful population, massive wealth inequality and seemingly no way to improve the political situation, there is good reason to worry. Biden does not have a real solution to any of these problems and voting for him takes the form of a vote against Trump, but there is no escape from the misery no matter who wins in November. Biden is a neoliberal politician. He is not even a real alternative to Trump; examining them side by side, one finds that they merely have variations of the same qualities.

Even on the issues where the two appear to be divergent, it is not a real choice. For every criticism of Trump, it is easy to see how Biden is guilty as well – to a lesser degree, admittedly. The media says Trump put immigrant children in cages. Well, Obama and Biden were in office when the cages were built. Most of the unaccompanied children that are sent across the border into the U.S. are fleeing violence from Guatemala, El Salvador and Honduras. Except for Honduras, these countries descended into violence after the United States installed and supported murderous dictators there at the behest of United Fruit Company. If you look at a map of Latin America, almost every country has had a major U.S. intervention. The entire framing of the immigration and refugee children discussion is incomplete for this reason. Instead of offering solutions to the roots of these problems, we talk about bureaucratic reforms to our “immigration policy.” This is not the real discussion, and Biden nor Trump are having the real discussion.

They are not having the real discussion on other issues like healthcare, jobs or reversing any of the horrifying trends on American decline I wrote about earlier. While Trump’s rhetoric on immigration has been extreme, the rhetoric is not going to tell you what day-to-day operations will actually look like. You have to look at what actually happened, not what the candidates say. The truth about Obama-Biden is that they continued the reckless foreign policy and carried out drone strikes on civilians in the Middle East. During Obama’s time in office, more immigrants were deported than under any other president. Trump and Obama both promised to end endless wars, and neither did. The distance between Obama-Biden and Trump on this topic appears small, and while I cannot include the countless other issues where this same principle holds true, this is a running theme in studying the behavior of most administrations in recent memory. When you look at the actions of their respective administrations, you find that the gap between them is incredibly small, but the branding is quite different.

Despite Barack Obama’s supermajority in Congress during the early days of his presidency and all the promises he made, he did not keep many of them. Politifact has a seven page list of all the promises Obama broke. He did not close Guantanamo Bay or restore habeas corpus. Once again, a repeat of the Obama years is not going to fix the fundamental ways America is broken, and it became clear when Obama was elected that his promises were little more than a branding exercise. Biden isn’t even making the promises in the first place, so there is even less reason to believe he will take the necessary action. He is not a solution.

The truth about vote scolds

Maybe the reason that so many people in this country do not vote is because they know that no matter who is in office, particular fundamentals and trends do not change. The energy around Obama’s campaign was because of his promise of change, and desperation increased when that change did not come.

Vote scolds end up causing a bigger problem because by ignoring nonvoters, they allow the problems to get worse. They let politicians off the hook for their flaws and instead focus on demonizing the people, but the massive structural problems in our country do not go away if these flaws are not addressed. At some point, these problems will need to be solved. Vote scolding is a dead end because it is about blaming and attacking the character of the nonvoter. It is never about questioning why the politician or political party does not appeal to them. If we held politicians of both political parties accountable rather than simply voting for the lesser of two evils every year, then things never would have gotten to this point.

The vote scold’s line of reasoning is what got us into that mess, and until the massive problems in this country are addressed, things will only get worse no matter who is in office. For this reason, it is vote scolds who have truly put us in danger of fascism. When you blame the voter instead of examining your own failures and improving your approach, you are asking to lose.

A campaign about appealing to voters would be a divergence from neoliberalism status quo because popular opinion is in favor of healthcare and against trade deals. People like social security and dislike endless wars. Biden epitomizes neoliberalism, and whether or not people know what to call it, they do not like it. If you want nonvoters to vote, offer them change. Convince voters that you are going to deliver by not having a record that contradicts what you are saying. Biden has not met this criteria.

Whether Trump or Biden wins this election, things are going to get worse. Yes, the virus is worrying, but the financial crisis triggered by the virus is the worst since the Great Depression. Neither candidate is prepared to meet this moment. A Biden presidency would bring us back to the Obama years, but the magnitude of the financial fallout and the changes in wealth distribution from this crisis and the CARES Act are orders of magnitude bigger. Without someone to remedy the consequences of this, we will end up with more desperation and misery. Democrats will likely once again be discredited in the eyes of the people because they will have presided over this. What will the Republican Party then produce in response? We have already missed our opportunity to provide the change necessary to mitigate this disaster, so why vote?

Joseph Ellis can be reached at [email protected]