Muslim Student Association may not have their own space in the Student Union, despite outcry

UMass will not allocate any RSOs their own individual spaces, according to a UMass spokesperson 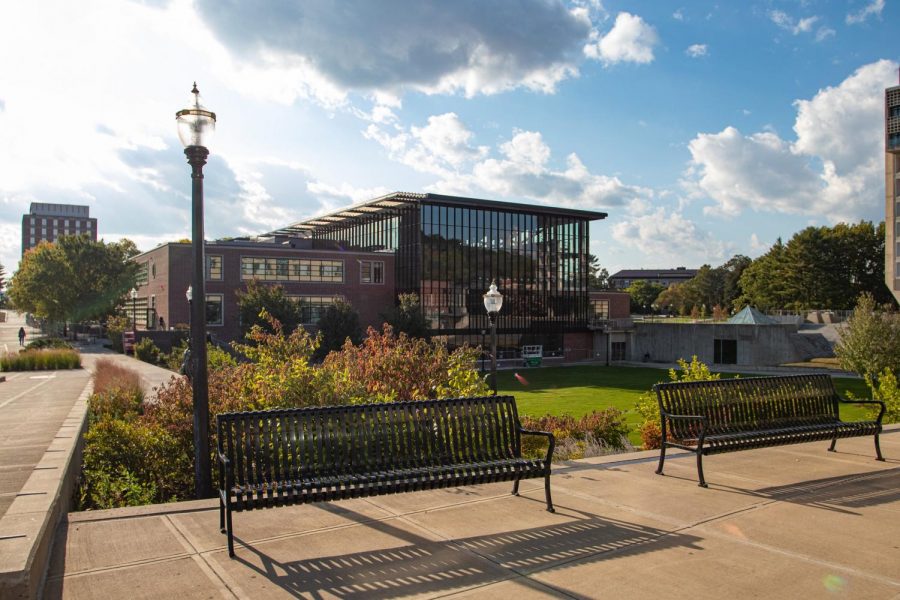 For approximately 20 years, the Muslim Students Association has provided a safe place for Muslim students to pray on the University of Massachusetts campus. But in 2021, when the newly renovated Student Union opens, the MSA may not have a space of its own.

The MSA has had its own room in the Student Union since the 1990s where it has created an accepting environment for Muslims students. Even as the Student Union was renovated, the group continued to have its own space in Bartlett Hall.

In the new Student Union, the University plans to change the way that Registered Student Organizations are allocated meeting spaces. No RSO will have a space entirely of its own.

“A decision was made to have no allocated office spaces for any RSO and rather have shared spaces that the more than 350 RSOs would be allowed to use,” said Mary Dettloff, a UMass spokesperson. Instead, the University built 33 meeting rooms in the Student Union which all RSOs can use, as well as 500 storage lockers where RSOs can store supplies.

Like the rest of UMass’ RSOs, the MSA will have a shared prayer room which they can use during scheduled times. The Student Union Management Board decided that the MSA will be allocated use of the prayer room from 11:30 a.m. to 9:30 p.m. on Mondays through Thursdays, and from 3 p.m. to 9:30 p.m. on Fridays, a schedule the MSA is not pleased with. The board came to this decision after hearing MSA’s concerns around having a shared space.

The MSA claims they were not informed that they would have to share their space until a meeting in May with the Student Union Project Team.

But according to the school, “Student Government Association leaders and the UMass administration have communicated consistently with MSA about the intention to have a religious/spirituality room within the Student Union that is used by different religious or spirituality groups,” Dettloff said.

Even during these allocated times, other RSOs can go through MSA to book the room. “Whenever another RSO needs the space… someone will be in contact with us to book the space,” said Youmna Alnasrallah, the co-president of the MSA.

After hearing the school’s decision regarding the shared room, the MSA started a petition to get sole ownership of their space. It has thus far accumulated over 1,900 signatures on Change.org. “Students need to hear about what’s happening and people need to know the situation. Really, it’s our right to get this room,” said Omar Abdelaal, Alnasrallah’s fellow co-president.

While other RSOs may suffer complications from this decision, the MSA in particular is struggling with the idea of navigating a shared space, because of its specific needs.

Another complication to sharing the space would be the need for Muslim students to have a place which is constantly available for them to pray on campus. “Because prayers are happening throughout the day and we have five prayers per day, say, if the room was booked for another RSO and a student had to come in and pray, [the student] wouldn’t feel comfortable going there,” Alnasrallah said.

“When I first came to the U.S., I wouldn’t have pulled out my mat and prayed in the library, for example. I would only go to the MSA room to pray and then go back to the library to study after. That was convenient for me because I had this place to pray, but if I had to go all the way back into my room in Southwest to pray and then back to the library, it would be a struggle to do that,” she said. “For people who live off campus, it would just mean missing their prayers.”

Having a central space which is constantly available for prayer is also a necessity because of the discrimination that many Muslim students face on campus.

“One of our board members shared her experience of coming to UMass and not being able to pray in her room because her roommate didn’t respect her Muslim needs and what she needed to do. For example, the cleanliness of the place, what she needed to do and how she needed it to be quiet,” Alnasrallah said. “She talked about how she was almost about to drop out of college because of how not being able to practice her religion affected her mental health. Finding the MSA room made her feel empowered and helped her mental health.”

While the prayer room in the new Student Union is meant to be shared, the administration and architects working to build the space did work to accommodate some of MSA’s needs. They oriented the room specifically to meet the spiritual needs of the group and included two lavation or ablution rooms across from the prayer room to allow cleansing before prayer.

MSA’s room has served as an important place for Muslim students at UMass to connect with one another, and is central to many of their college experiences, according to Abdelaal. “A lot of Muslims meet each other for the first time in the MSA room, they form great friendships from there. It carries a lot of significance.”