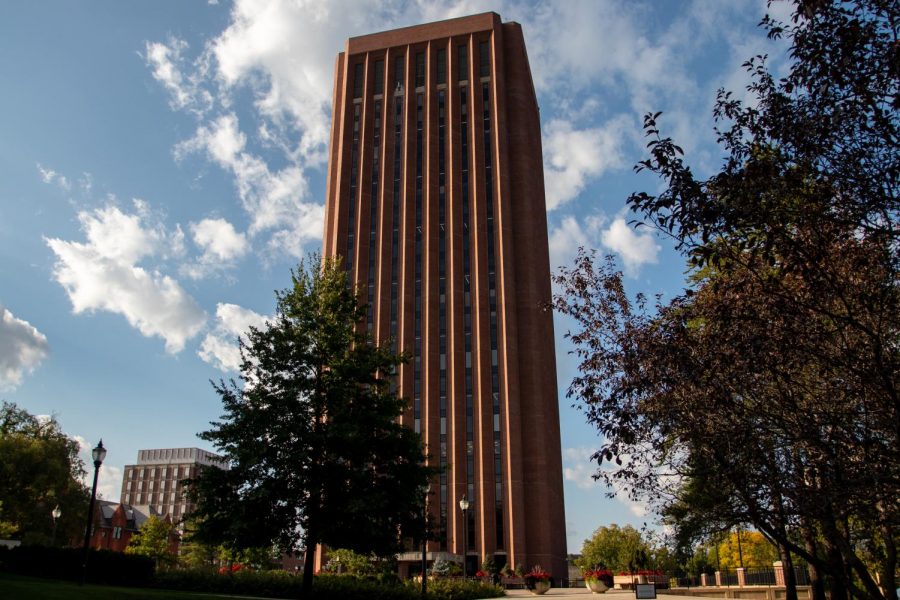 The senate approved the appointments of Victoria Cray and Fayobomi Olusola-Falodun for associate justice on the Supreme Court.

“I’ve always been the type of person that just wants to be in the position where she can change something or make a difference” said Olusola-Falodun, a freshman in the Isenberg School of Business.

The Senate also approved the appointments of six cabinet members.

Jenny Ngo, a sophomore hospitality and tourism management major, was appointed to be secretary of finance. President Sonya Epstein introduced her, saying that Ngo is “really passionate about the work, brings a really powerful anti-racist lens to this, is so hard-working, and really ready for all the challenges and aspects of this position”.

Kristal Yee, a senior political science and legal studies major, was appointed to be the secretary of public relations and marketing. “I believe that having consistent content is the best way to give information to the greater student body about what’s happening in SGA,” Yee said.

Adam Lechowicz, a junior political science and computer science major, was appointed secretary of technology, a position he had held in the interim over the summer.

Lechowicz was questioned on how he plans to work to advocate and support for BIPOC and other struggling students. Lechowicz noted that one of things that drives his sense of advocacy is “the amount of students who have trouble accessing the technology that their instructors and the university essentially require them to have.”

Solomon Bennett, a junior majoring in political science and minoring in Arabic, was appointed to be secretary of University policy and external affairs. Bennett noted that “this is a really interesting opportunity to connect the Student Government Association and the campus community and students in general to the wider Amherst community.” He continued by noting he wants “to bring the kinds of fights and the important values here in the student government association to the wider Commonwealth of Massachusetts.”

“Especially right now, at a time where we need the Amherst community to be really safe both for students and for community members,” he added.

Sean Duddy, a freshman economics major and an active duty Marine, was appointed to be secretary of veterans affairs. When asked what he planned on doing, Duddy noted that he wanted to reach out to every veteran that he could.

“We have to keep in mind that a lot of our student veterans are older, they might have families they’re trying to support on top of being full-time students,” Duddy said.

Carla Montilla, a longtime SGA member, was appointed secretary of diversity. She discussed her work with the Racial Justice Coalition and how difficult the summer was with the death of George Floyd and anti-Asian rhetoric across the country, followed by the death of Ruth Bader Ginsburg this fall.

Finally, the SGA voted to change the bylaws, establishing two new positions, secretary of University policy and secretary of external affairs. The senate heavily debated instituting another paid position while many other RSOs and agencies had to cut their budget. Prabhu Rajkumar, chairman of the finance committee, questioned Epstein on the need to establish the new roles during a recession and student job insecurity. Epstein made note of how important each role is, particularly right now. Epstein added that as a previous secretary of University policy and external affairs, they could not attend every meeting and things fell through the cracks.

Lechowicz also introduced the reformation of The Index, the UMass yearbook that was discontinued in 2005. Previously, it had been the longest running collegiate yearbook in the country, according to Lechowicz.