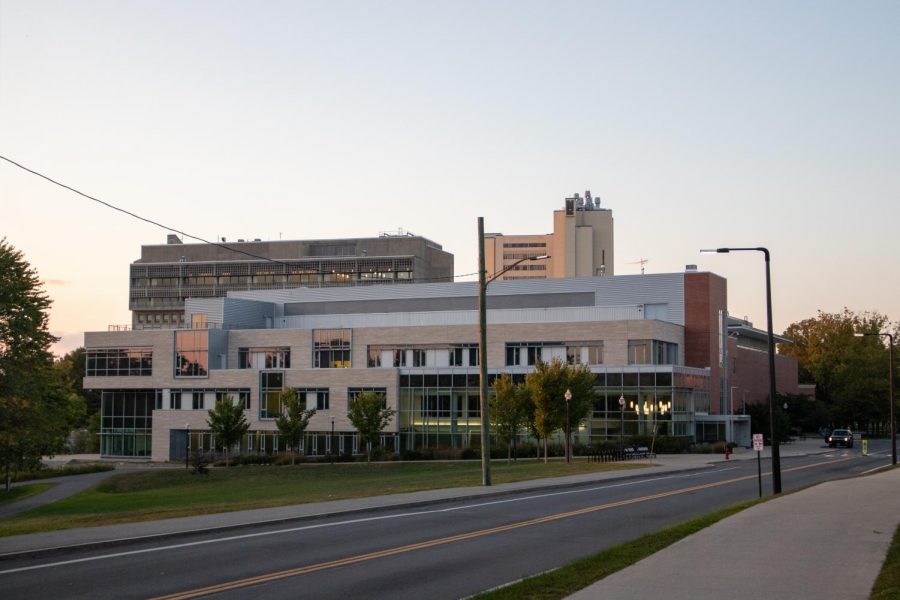 The Student Government Association of the University of Massachusetts convened its weekly meeting Wednesday night.

The meeting was Halloween-themed, with many senators donning costumes or spooky backgrounds.

Andrew Abramson, the secretary of the registry, gave a presentation regarding the application process for Registered Student Organizations. Chair of the Undergraduate Registry Oversight Committee Andrew Jensen described how the committee reviewed all of the applications for new RSOs and marked missing requirements or problems in under a week.

Abramson also said that he went through each application and gave reasons for each highlighted missing requirement. “I wanted people to know why it had to be highlighted,” said Abramson. “So, I put a reason there for all of them.”

At the meeting, Maxwell Fisher, a sophomore majoring in linguistics and philosophy, was appointed to be an associate justice in the SGA judiciary.

“I love the way things are run and I think that it’s important to have some oversight,” Fisher said.

The senators also finalized the apportionment schedule for senate seats by year.

The apportionment schedule was expanded to increase the number of senators for each year. The new bylaw notes that the expansion is “to allow more adequate representation of each class as well as provide flexibility.”

“This just sets the stage for things to be fair,” said Kyle Kendall, chair of the administrative affairs committee. “We looked at the idea of what the SGA used to do… but at this time we need more representation than less in the senate.”

The new allocations have an initial count of 15 and could expand up to 18 or fall to a minimum of 11. Kendall explained that they wanted double digit representation for each class, as “there are only eight senior senators” currently serving.

Afterward, the senate further adjusted the bylaws by changing the time of meeting announcements prior to their weekly meetings.

Previously, the senate was required to announce meeting times, locations and agendas 24 hours in advance. These announcements included public announcement of meetings, upcoming considered motions, the availability of the agenda and information given to RSOs and agencies.

Kendall noted that the reasoning for the change was that Massachusetts State Laws dictate that all state meetings and agendas must be posted 48 hours in advance and that this change in the bylaws was to avoid a lawsuit.

According to the Open Meeting Law, G.L. c. 30A, §§ 20, “Except in cases of emergency, a public body must provide the public with notice of its meeting 48 hours in advance, excluding Saturdays, Sundays, and legal holidays.”

Finally, the SGA officially removed its “2015 UMass Consultation Policy.” It had been already replaced with the “Guidelines for Consultation with the Current Undergraduate and Graduate Student Body,” so Kendall sponsored the motion to comply with the bylaws.