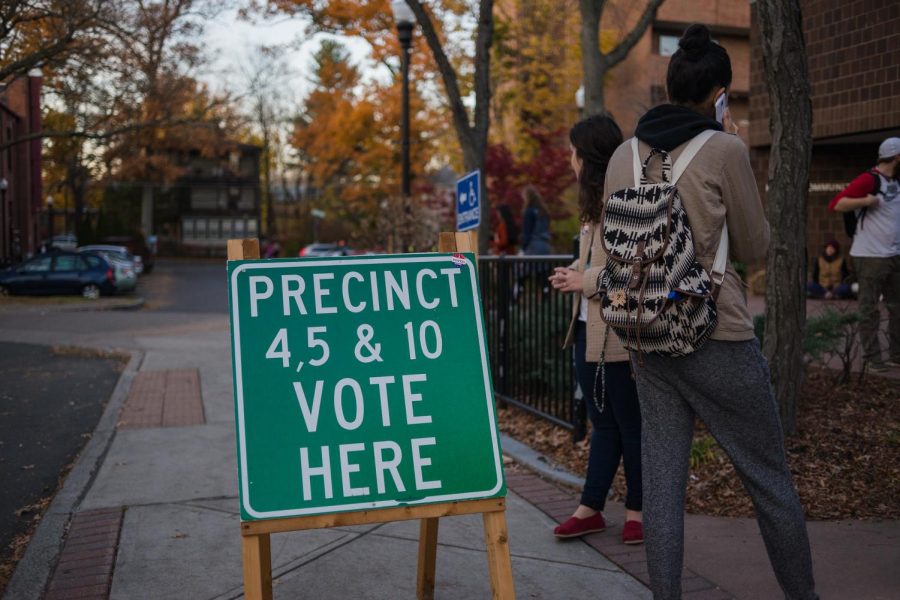 The first 2020 presidential debate was horrendous. Anyone who sat through those 98 minutes of insults and bickering knows that it was not presidential — nor was it much of a debate at all. A Politico/Morning Consult poll demonstrates this clearly. The poll indicated that, while there was some disagreement on the question of who won — 50 percent say Biden, 34 percent say Trump — “an overwhelming majority of respondents [blamed] the president for what they described as a disruptive event and an overall unpleasant viewing experience.” While many were disgusted to the point of shock, particularly at President Trump’s decorum, it should not be all that surprising that the debate turned out this way. This debate was merely a visual portrayal of the grotesque political discourse taken to its logical conclusion. When two segments of society decry each other as evil and anti-American for decades, they inevitably descend into the fight for power that we are currently in the throes of.

Granted, this does not imply that both sides are equally deplorable, nor does it diminish the urgency of the many substantial issues thrown around in modern politics. There are crucial issues to be concerned about in 2020, including COVID-19, climate change and racial justice. But neither political party can agree on whether these or other issues are actually issues, never mind agree on their solutions. According to Pew Research, if you ask a Trump supporter what problems they find most important in the upcoming election, they are likely to mention the economy, violent crime, immigration, gun policy, and foreign policy. Biden voters, however, consider healthcare and the COVID-19 pandemic as the most important issues, while also viewing climate change and racial inequality as important. Moreover, there are wide disparities between the parties if you look at the individual issues themselves. While 68 percent of Democrats believe climate change is a pressing issue, only 11 percent of Republicans agree. A similar gap can be seen in people’s views on racial and ethnic inequality, where 76 percent of Democrats and 24 percent of Republicans find it important. Even on questions of fact, many will disagree if it does not sync with their party beliefs. As social media expert Claire Wardle has noted, disinformation campaigns of varying levels of organization have and will continue to exploit social media to spread false information, often for political purposes. All this disagreement, even on basic questions, has taken a severe toll on political discourse.

Last week’s debate displayed this decay. Both candidates, as representatives of their parties,  cannot engage in productive political discourse. It did not take long for the debate to deteriorate into anarchy. After both candidates gave their two-minute answers to moderator Chris Wallace’s first question, the debate started to go downhill. Both candidates were soon calling each other’s claims factually untrue, while not articulating in clear terms why the other was wrong. Not long after, the candidates were throwing insults at each other, and Trump in particular began to constantly interrupt Biden. At one point, Trump even argued with Chris Wallace over his healthcare plan. It was nearly impossible at points to understand what the candidates’ arguments were since both candidates were talking over each other. The candidates were also regularly off-topic. For example, the question about the Supreme Court ended up being mainly about the two candidates’ healthcare plans. Such digressions were not uncommon.

How is this any different from the partisan bickering we experience every day, whether on social media or in person? The only tangible result of this debate was a flurry of insults from both sides. Discussion and debate were rarely fruitful if present at all. Most of the blame lies with Trump, who was consistently rude, disruptive and unprofessional. Biden, however, played Trump’s game of insults and bickering, calling Trump a clown and a fool. This was not a good strategy because, as the Washington Post columnist George Will has argued it is, “Following [Trump] down is an endless journey.” All of this indicates that the only thing that separates this debate from many of the bitter arguments we see in our everyday lives is the status and influence of the candidates.

These debates are yet another portrayal of the divisions that plague the nation. With less than a month until the election, tensions are high. Public discourse is in a state of severe decay. If we cannot have a fruitful exchange of ideas between citizens of opposing views, our democratic process will be worse off for it. There are several critical and existential issues at stake in 2020. If any of these issues are to be addressed, we must ensure as our top priority that the democratic process can meet these challenges.