The best fit at each position in UMass history 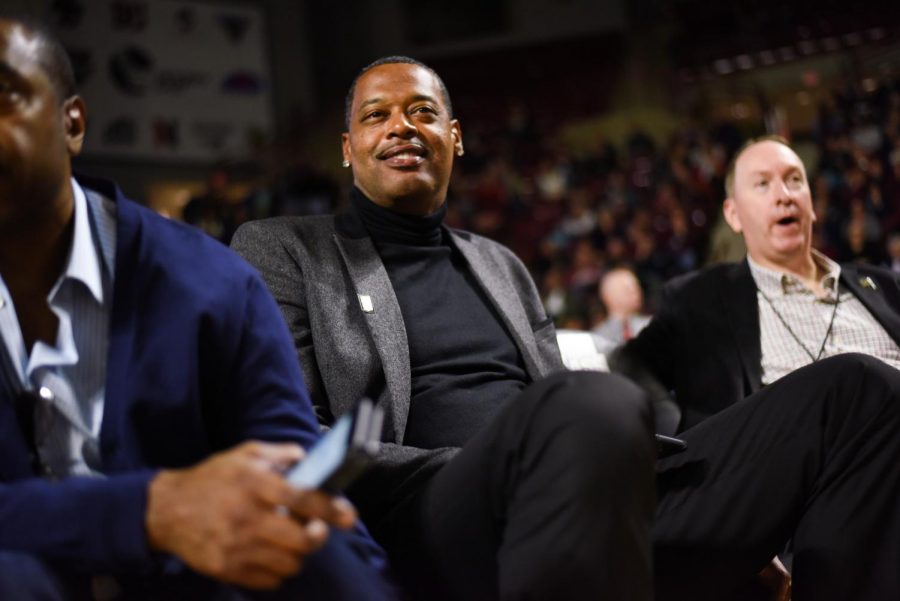 Despite its recent struggles, the University of Massachusetts men’s basketball program has had a number of elite talents over the course of its history.

If there were a starting five consisting of the best Minuteman at each position, this what it could look like.

You can’t recall the history of UMass basketball without mentioning George “Trigger” Burke, who’s one of just five players in the history of the program to have their jersey retired at the Mullins Center. Burke is the first Minuteman ever to be a team-leader in both points and assists in a season. He also had impressive career averages of 17.1 points and 4.6 rebounds per game while shooting 45.9 percent from the field. Burke spent a very brief stint with the Celtics organization after college before embarking on an accomplished law career. He’s also known for his hugely influential contributions to the UMass Athletic Hall of Fame, which is now named after him.

There isn’t a single athlete in UMass history who defines the phrase “heart over height” like Al Skinner did in his three seasons with the team. Skinner spent a season on the freshman team before getting his chance to shine on varsity. Despite his small stature at six-foot-three and 190 pounds, Skinner led the team in rebounding during all three of his seasons. Along with the three Yankee Conference titles he helped to produce, his individual production was both consistent and spectacular. Skinner averaged of 15.6 points, 9.5 rebounds and 4.1 assists while shooting an efficient 55.7 percent from the field.

He also made the Yankee Conference First Team in all three of his seasons. His most unique accolade is that he recorded the first triple double in Minutemen history in 1973 with 28 points, 18 rebounds and 10 assists against St. Peter’s. His play helped him become a ninth-round selection in the 1974 NBA Draft. He spent six total seasons in the NBA with the Nets, Pistons and 76ers before going overseas to play for Joventut Badalona in Spain. Most notably he helped fellow UMass alumnus Julius Erving bring the Nets the 1976 ABA title. Skinner’s heart and versatility set a great example for the program. His jersey was retired to the Mullins Center rafters in 2004.

When discussing the best overall athletes in the history of UMass, Julius Erving easily finds himself at the top. Erving played with the Minutemen for two seasons and led them to Yankee Conference Championship titles in both. As a freshman, he averaged 25.7 points, 20.9 rebounds and 3.6 assists while shooting over 50 percent from the field. He’s one of just six players to average over 20 points and rebounds in the history of NCAA men’s basketball. Erving averaged nearly identical statistics in his sophomore season. His explosive, high-flying playing style garnered tons of attention as he ended up being the twelfth overall pick in the 1972 NBA Draft.

Erving had a thrilling ABA/NBA career playing for a total of 16 seasons combined with the Virginia Squires, New York Nets and Philadelphia 76ers. He made the All-Star Game in every season that he played. His jersey is rightfully hung in the rafters of the Mullins Center. He was also inducted into the Basketball Hall of Fame in 1993.

It’d be a disservice to leave out Lou Roe while discussing the all-time greats in the history of UMass Basketball. Roe played with the Minutemen for four seasons and built on his legacy in each one. His production really picked up during his sophomore season as he averaged 13.8 points and 9.2 rebounds while shooting a scorching 56.4 percent from the field. UMass was eliminated in the second round of the NCAA tournament that season after reaching the Sweet Sixteen in the previous season. While some may have expected to him to be less productive, Roe became even more of a force when Marcus Camby joined him in the front court. He averaged 17.5 points and 8.2 rebounds, while shooting 51.8 percent from the field as an upperclassman. He was named the Atlantic 10 Player of the Year and became the first consensus All-American in Minutemen history after his senior season.

Roe turned his decorated college career into a 1995 second round draft selection by the Detroit Pistons. He played one more NBA season for the Warriors before going overseas to play several seasons in Spain, South Korea, Italy, Mexico and China. Roe is the career leader for UMass in rebounds and free throws made as his jersey hangs from the rafters in the Mullins Center.

After being heavily recruited by Minutemen head coach John Calipari throughout his high school career, Marcus Camby had a tough decision to make. A late growth spurt had a number of top programs interested in landing him, almost ending up at UConn. However, Camby chose the university that recruited him the hardest and went on to have a stellar career with the Minutemen, winning Atlantic 10 titles in each of his three seasons. Camby won A-10 Freshman of the Year averaging 10.2 points, 6.4 rebounds and 3.6 blocks while shooting just under 50 percent from the field. His role and production increased the following season as he became an All-American and helped lead the team to the Elite Eight of the NCAA tournament alongside Lou Roe. Without Roe in his junior season, Camby reached new heights averaging 20.5 points, 8.2 rebounds and 3.9 blocks. He won both the Naismith and Wooden Awards for best college player and was selected by the Toronto Raptors with the second overall pick in the 1996 NBA Draft.

His freakish athleticism for his size along with his selflessness made him an outstanding college player and NBA prospect. Camby had a productive, professional career playing a combined total of 17 seasons with the Raptors, Knicks, Nuggets, Clippers, Blazers and Rockets. He was later recognized by UMass with a jersey retirement ceremony in 2013.