Flames are 5-0 on the season 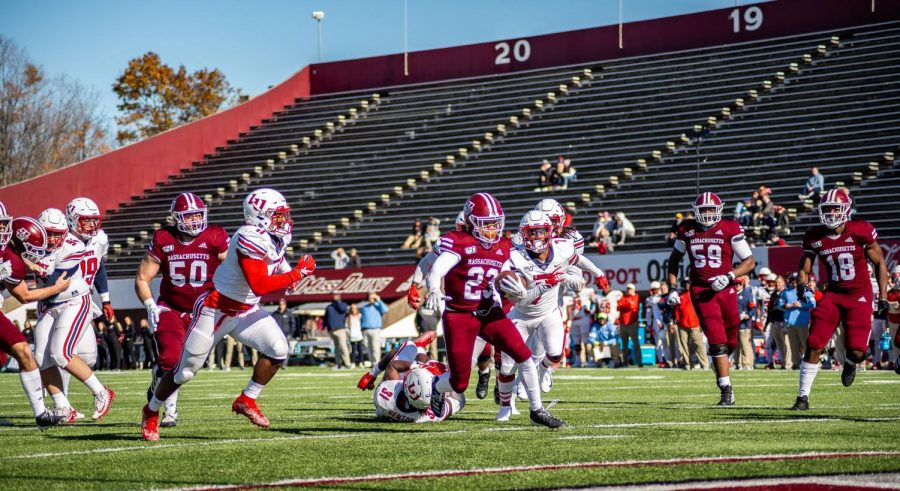 The Massachusetts football team announced its third scheduled game of the season, taking on fellow FBS Independent Liberty on November 27 at noon on ESPN3.

The Flames (5-0) have started their season scorching hot, holding their opponents to under 20 points per game. They have beaten Western Kentucky, Florida International, North Alabama, Louisiana-Monroe and Syracuse.

UMass (0-1) is coming off a 41-0 loss to Georgia Southern. Prior to playing Liberty, they will take on Marshall on Nov. 7.

The Minutemen and the Flames have faced off the last two seasons. In 2019, Liberty dominated at McGuirk stadium, beating UMass 63-21 behind a four touchdown, 441-yard first half from quarterback Stephen Calvert. Liberty finished the game with 730 yards of offense.

In 2018, UMass and Liberty dueled through three overtimes, with the Minutemen coming out on top 62-59. Andy Isabella racked up nine receptions for 303 yards and two touchdowns in the win.