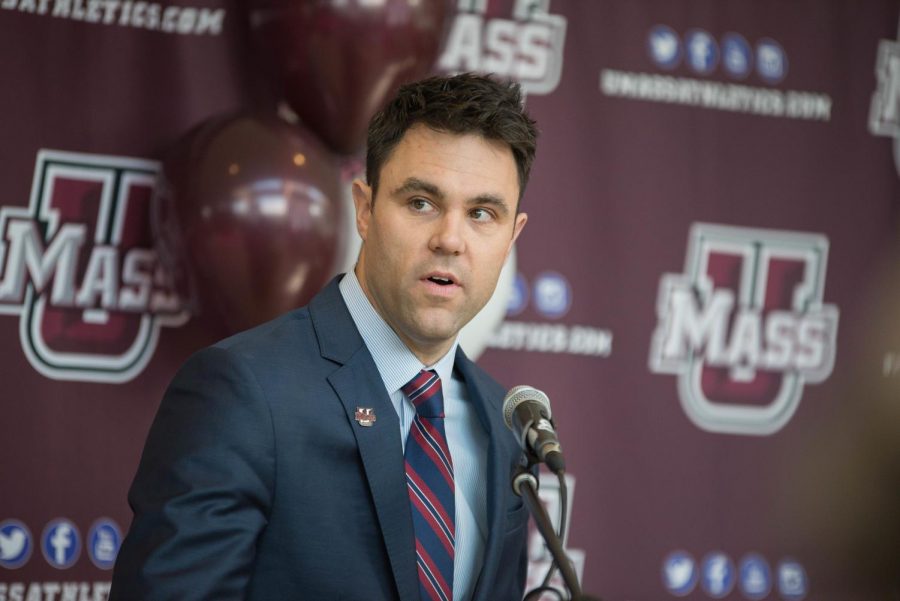 The announcement of UMass getting handed a two-year probation and $5,000 fine came mid-day on Friday. Earlier in the morning there was a tweet regarding the potential of a decision being made on a UMass sport, but nothing specific was mentioned regarding what team.

The NCAA just announced it would release a Committee on Infractions decision today regarding UMass. (Sport not specified)

According to the report from the NCAA, Massachusetts gave out “more than $9,100 in excess of full cost of attendance on 13 occasions over a three-year period.” The report went on to state that Massachusetts did comply with 98 percent of its cases regarding financial aid, although failed to correct the overpayment of financial aid to student-athletes. UMass self-reported the incident, which in the NCAA’s report went on to mention that the overpayment of financial aid was unintentional.

As a result of the investigation, the NCAA determined this incident to be Level II-mitigated and handed three punishments to UMass. They consisted of a two-year probation from Oct. 16 of this year to Oct. 15 of 2022, a $5,000 fine and a removal of records made when the student-athletes who were deemed ineligible through the investigation participated in. This means both teams would have to vacate their records, which consist of 46 wins over the last three seasons for the basketball team and the women’s tennis team would have to vacate their tennis victories along with its 2016-2017 Atlantic 10 Championship.

UMass came out with a statement shortly after the news was made regarding the NCAA’s decision and said it would be appealing the punishments. Athletic Director Ryan Bamford said in a statement, “As an athletics department we accept that we made administrative mistakes in the distribution of athletic aid through our financial aid process. However, we do not believe that the penalties imposed by the NCAA are appropriate, nor proportional to the violations that occurred.” UMass said in the statement they had no intention of gaining a competitive advantage with this error.