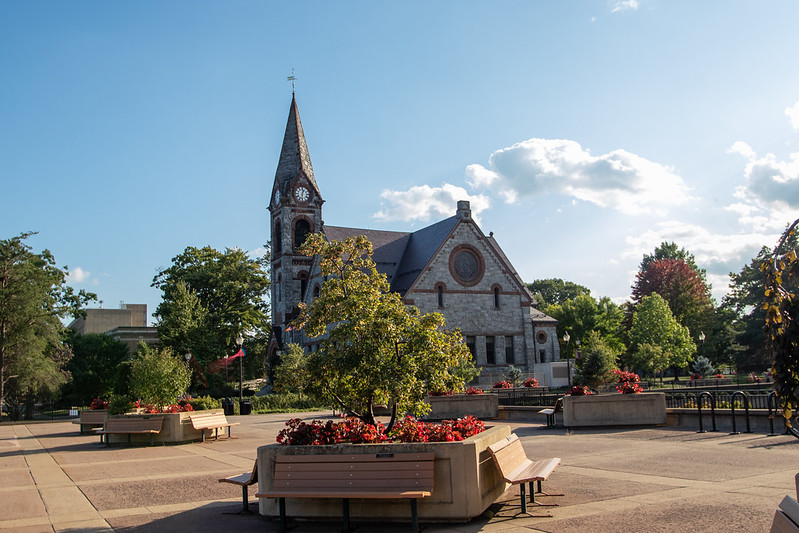 In the past two days, the University of Massachusetts has reported 29 new cases of COVID-19 as the weekly positivity rate jumped to 2.8 percent, according to the school’s dashboard.

On Friday, UMass reported that 17 more students, who live off-campus and were tested Wednesday, were positive with coronavirus. Of the students, six were symptomatic and 11 were asymptomatic. The students are self-isolating both on and off campus, according to the University.

A total of 92 students, as well as four staff and two faculty members, have tested positive for the virus since early August. Many of those cases have been reported in the last week after a cluster broke out following an off-campus party, officials said.

Only one student on campus has tested positive for COVID-19 since early August, according to the school.

The weekly positivity rate, which had been reliably hovering around 0.1 percent before the cluster, rose to 2.8 percent on Friday.

On Thursday, UMass reported an additional 12 coronavirus cases, five of which were connected to the initial cluster. Thirty-three students associated with the cluster, several of whom attended the same off-campus party, have tested positive.

None of the cases from the initial cluster were directly associated with a UMass-affiliated group, school officials said.

“It is also important to know that the recent cluster of positive test results is not directly connected to any specific student organization,” said Brandi Hephner LaBanc, vice chancellor for student affairs and campus life, in an email to the campus community Thursday.

The Town of Amherst has also reported a spike of 47 cases, rising from 181 to 228 in two days. As a result of the recent increase, public schools in town did not open Thursday as previously planned, according to an email from Town Manager Paul Bockelman. The email was first published by the Amherst Indy.

There are 78 active cases of coronavirus in the Town of Amherst, according to the town’s dashboard. UMass does not currently specify how many cases are active.

As Massachusetts experiences a rise in cases statewide, Hephner LaBanc said it’s likely that the uptick may be attributed to out-of-state visitors.

“Some of the recent positive cases in our community are likely a result of hosting out-of-town visitors,” she said in the email.

“Some of the most recent positive cases reported were from individuals who had never been tested before or who were experiencing symptoms and went to University Health Services for testing,” Hephner LaBanc said in the email.