UMass students talk about their experiences with overseas voting 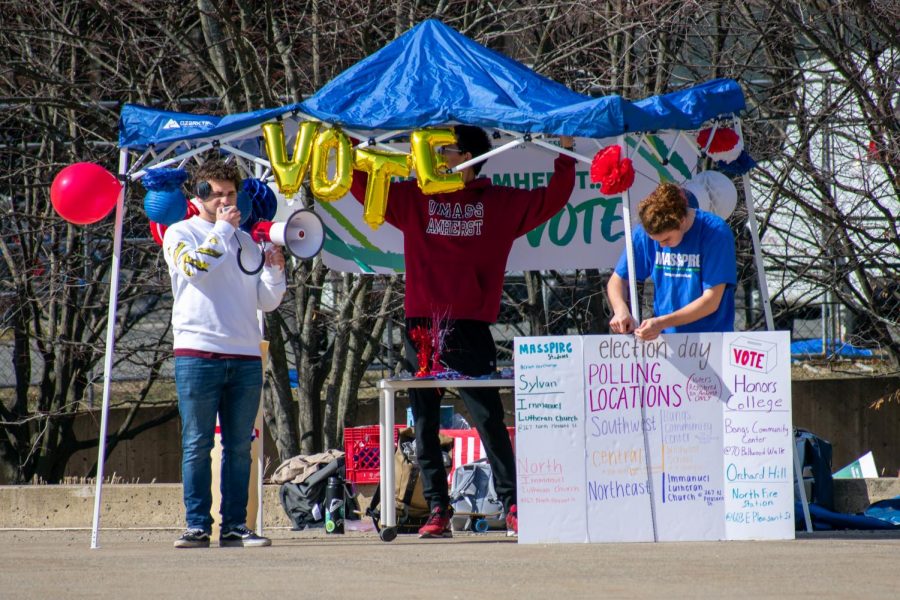 With the fervor of early voting beginning for the 2020 U.S. general election, students living overseas have also begun to cast their ballots. Overseas voters are typically citizens of the U.S. living in another country and tend to go through a different process to submit their ballot. Although this process isn’t new, multiple students at the University of Massachusetts didn’t see themselves voting abroad from their home countries this year and explained how they felt about the process as a whole.

Anvesh Sunkara, a freshman computer science major voting from India, explained his feelings through the process. “At the point when you email them and are waiting for your ballot, it’s really nerve-wracking, as if they don’t send it to you in time, your ballot may not reach them in time,” he said.

He also explained how he felt about the voting culture in his country: “I was really impressed with how so many of my friends were actively reposting and messaging everyone directly to vote,” Sunkara said. “Some of them even made giant checklists for all of us to fill out and explained everything every step of the way.”

He also explained what motivated him to vote: “These are probably one of the most important elections of our generation. The outcome of this election affects so many lives, so I knew I had to play my part and I’m so grateful I have the opportunity to do so.”

“I was also deeply inspired by everyone around me who was voting. I was going to vote anyways, but knowing that there were so many people in my city itself, let alone my country and the rest of the world, who were trying so hard to vote, really made me motivated to finish the process as soon as possible,” he added.

As for the assistance he received, he said, “The U.S. Embassy here was super helpful in telling me what to do. They gave me so many webinars and informational pamphlets just so that I can vote. They’ve also been emailing me since the year started about voting and being active towards the entire process.”

Rahul Vedula, who is also a freshman computer science major living in India, was looking forward to voting from Massachusetts this year. “I always wanted to play my part in the elections, and I finally turned 18 so I really thought I could do it this year,” Vedula said.

When explaining the process, Vedula added, “It’s not really that complicated, but it definitely does take a while.” He said, “For registration, you first have to fill in a lot of details, which can get a little confusing as there’s different addresses you need to include from the U.S. and from India so inputting all that took me a while, but after that, it’s just printing out a request form, signing it, and sending it to your state’s voting email address.”

“After this, they send you the ballot through email, and then you can send it via postal mail or to the embassy,” he said. “I think there are email options as well depending on your circumstances, but I’m not too sure.”

Chloe Gousse, a senior political science and managerial economics major, is voting from Haiti, and described her experience as well. “I was still registered to vote in Amherst, so I checked that and then sent in my ballot,” she said.

She also said, “I think they [the voting agencies] made it [the voting process] really simple.” Gousse did mention, however, “It was a lot more easier for me because I have a state I.D. from Massachusetts so I didn’t need to register again.”

She also explained why she was so involved with the voting process: “My roommate’s also from Haiti, but she has Haitian nationality, and so when there was that announcement that they [the U.S. government] might kick international students out that was like the turning point for me — I was like, ‘we need to vote, this is not okay.’”

Gousse further added, “it clicked in my head that there’s so many people abroad that are affected by this but they don’t have the privilege to vote and change it, but I do, and I knew no matter what, I had to use it.”

When talking about the increase in voting culture around the world, she said, “I’m very happy to know that there’s a bunch of people all over the world that know it’s important to vote and are trying to do so.” She also gave a message to other students voting overseas: “Please, it’s important to vote—even if it’s a little bit more effort when you’re abroad, it’s worth it.”