Why we all need to start stating our pronouns

“It’s a matter of respect, everyone wants to be recognized and referred to as how they identify themselves,” said Genny Beemyn. 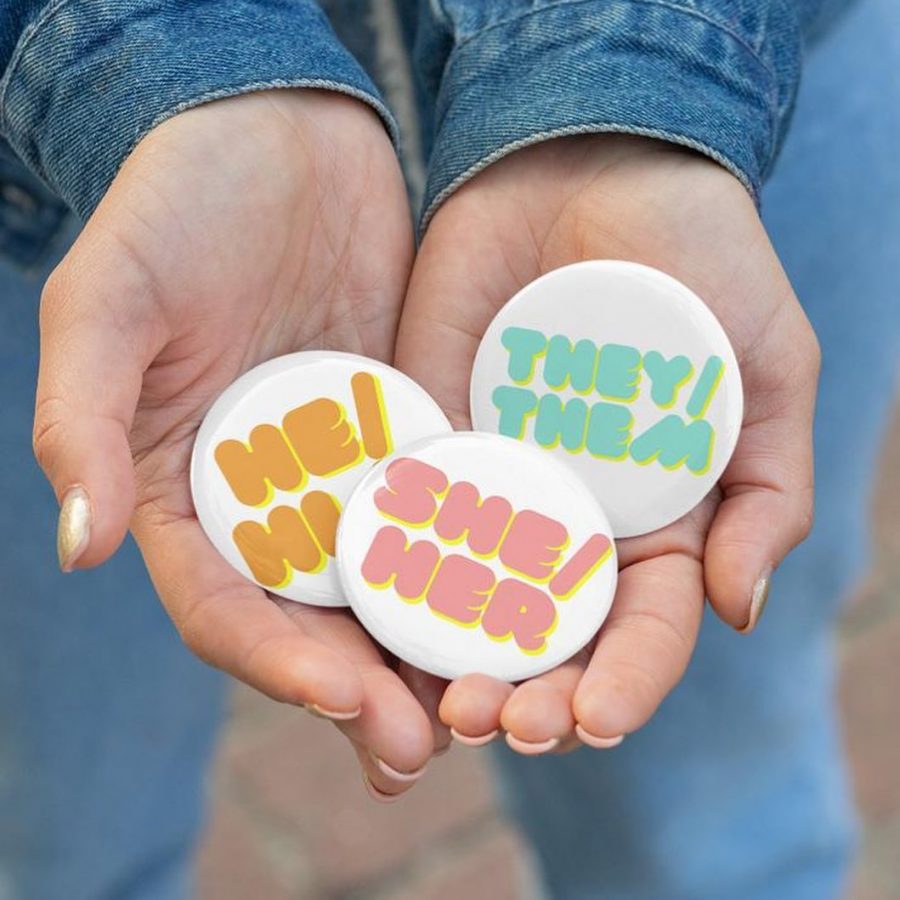 This past week my application to become a GLAAD campus ambassador was accepted and I was over the moon. When I joined the “new-campus-ambassadors-2020” Slack channel, inductees were asked to state their name, college, major and pronouns. Like everyone else, I did as I was told, but it got me thinking about why we should all state our pronouns. I look male, I feel male, I have body hair and all the things that society deems as masculine, so why wouldn’t I be male?

Stating pronouns has risen in popularity in recent years with orientation leaders and CEOs alike feeling obligated to state theirs. Those who feel secure within their gender identities may feel that stating their pronouns is unnecessary, but this act of identification is not for them, it’s for other people.

“It’s a matter of respect, everyone wants to be recognized and referred to as how they identify themselves,” said Genny Beemyn. Beemyn has been the director of the Stonewall Center at the University of Massachusetts for the last 14 years and is the co-chair of international pronouns day.

Beemyn has been going by they/them pronouns for the past 20 years. They, like other gender non-conforming people, don’t go by he/him or she/her pronouns because they don’t feel that it fits them.

The first issue Beemyn raises with stating pronouns exists at the collegiate level. They say that when professors get students’ pronouns wrong students don’t feel inclined to correct them because that person is grading them and ultimately has power over them.

To prevent situations like this, many advocates suggest professors state their pronouns the first day of the class instead of asking each student for theirs. “The result of this practice is that students whose gender presentation may not match their gender identity are forced to lie or to out themselves in a new and possibly unsafe environment,” said  Rachel Levin, associate professor of biology and neuroscience at Pomona College.

As participants in a society that identifies individuals by the way they look and not by the way they feel, we are actively playing into the oppression of gender non-conforming people. The inclusivity of pronouns is effortless and simple. After all, everyone has pronouns, it’s just how language works. We don’t have to march through cities, scream through megaphones and riot to get this point across – at least not yet.

“There’s a lot of history using they/them in the singular, going back to Shakespeare and Chaucer, but it fell out of favor in the 18th and 19th centuries, but now it’s coming back,” said Beemyn. The use of they/them pronouns and other pronouns is still making its way into modern vernacular, but if history teaches us anything it’s that nothing is impossible.

We must start small. No big change comes by biting off more than you can chew. Put your pronouns in your social media bios, your Zoom name and your email byline. When you attend a conference in the coming years, state your pronouns to the group you’re chatting with. By being inclusive you can inspire other people to follow suit and, before you know it, stating your pronouns will be second nature when we introduce ourselves.