Alfano: Five Players to Look Out for in Tomorrow’s Game vs. Bryant (and the rest of the season) 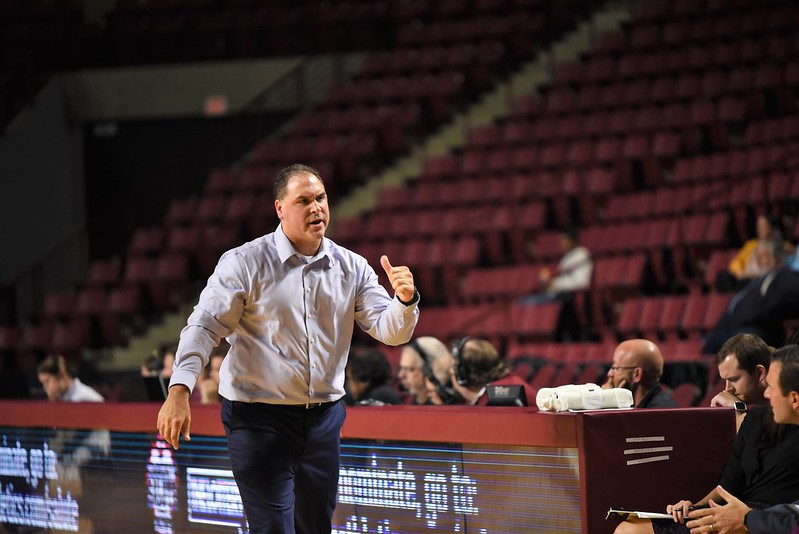 After a tumultuous and hectic offseason, the 2020-21 women’s college basketball season is finally here. The Massachusetts is coming off a 20-win campaign, but now find itself without recent graduates in forward Hailey Leidel and guard Vashnie Perry, two of the team’s most important contributors from 2019-20. Let’s take a look at some of the players that can fill their shoes and build off of last year’s success for UMass this season.

This is an obvious choice, given that Breen came in as a transfer student from Penn State in late December and immediately led the team in scoring and rebounding. However, the preseason Atlantic-10 All-Conference first team selection has improved her offensive game from last year during what she described as “one of the most productive” offseasons of her career because “there wasn’t much else to do at home” besides working on basketball.

On top of the low post skills and adept shooting touch Breen flashed a season ago, she said she’s been adding to her offensive arsenal with moves such as pull-up jumpers and step backs. But her biggest focus, especially in practice, has been “reading the defense,” as she has struggled with that in the past. With Leidel gone from the frontcourt, expect Breen to take on an even bigger scoring load than last year.

“I think she’s one of the best players in the A-10,” head coach Tory Verdi said of Breen. “I expect great things from her every single night.”

Last year, Philoxy acted as a secondary playmaker off the bench for the Minutewomen, finishing a close second to Perry in total assists while averaging double-digit scoring. Now, with Perry and fellow bench guard Bre Hampton-Bey gone, and Philoxy likely stepping into Perry’s place as the starting point guard, she projects to be the primary playmaker on offense while providing energy on the other end of the court.

“I think Desiney Philoxy is someone who should have been on the [Atlantic-10 Preseason] All-Conference [Team],” said Verdi. “I think that she’s going to have a breakout year.”

Despite playing under 10 minutes per game last season, the departures of Leidel, Perry and Hampton-Bey created a clear hole in the rotation. After a strong offseason with the team, Taylor appears ready to step into that hole immediately and contribute with a solid scoring presence on the wing.

“I’ve been really pleasantly surprised with Sydney Taylor’s development, and she will start for us here tomorrow,” Verdi said. “She has put in a lot of time and worked on her game, and she’s got some big shoes to fill in Hailey Leidel, but I think she’s up for that challenge.”

After transferring from Siena, Sims was unable to receive eligibility for last season and did not play in any games for the Minutewomen. She projects to be a versatile rotation player in the frontcourt, as her strengths lie mostly in rebounding and rim protection beyond scoring.

“Everyone’s been helping me get back on the court and play a more pivotal role this year instead of just being a practice player and a cheerleader on the sideline,” Sims said. “I’m really happy to be on the court and I’m excited for my first game tomorrow.”

Donnelly was essentially the only freshman to earn consistent playing time under Verdi last season. From the first game, she quickly established herself as the team’s best center option, averaging the second-most rebounds per game behind Breen and recording more blocks (76) than the rest of the team combined (49). Without Leidel’s veteran presence in the frontcourt, the team will lean more heavily on Donnelly on the defensive end of the floor.

UMass faces Bryant on Wednesday. Tip-off is set for 3:30 p.m.

Freeman Alfano can be reached at [email protected] or on Twitter @freemanalfano.