Mitchell and Pierre headline the players returning, looking for a big impact on the court 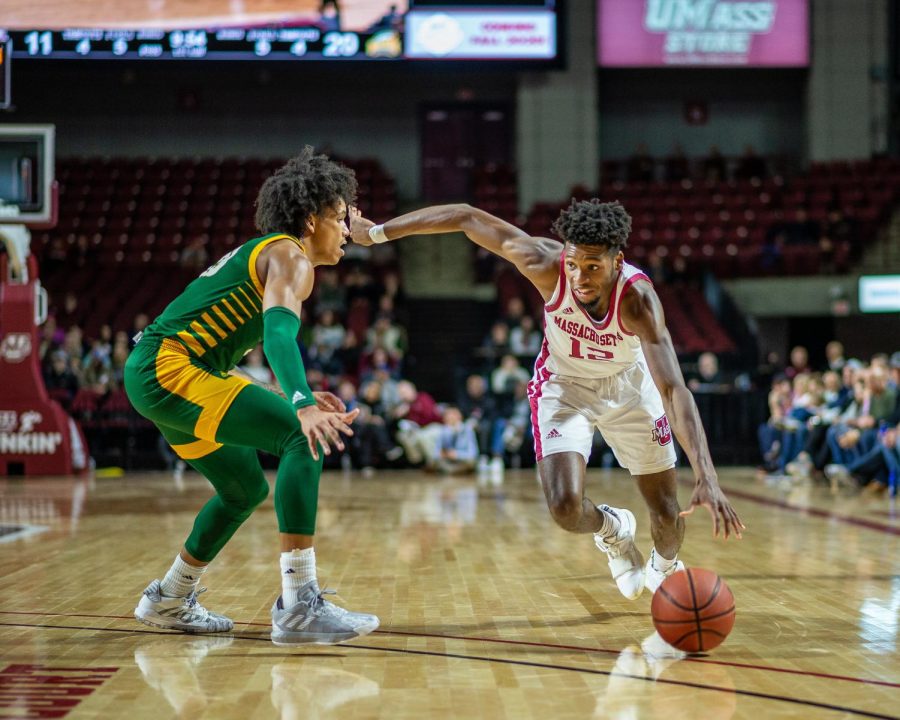 There is an enormous amount of anticipation and excitement building up to the start of the season for the Massachusetts men’s basketball team.

The enthusiasm heading into the 2020-2021 campaign for the Minutemen can be felt, thanks in part to the depth brought in through new transfers and incoming freshmen. Speaking at Atlantic 10 Media Day, UMass coach Matt McCall spoke to the eagerness of his players wanting to get back on the court and how to build off of the momentum from last year.

“I think if you look at the progress we’ve made especially towards the end of last year, we had some big wins, a lot of them had to do with Tre [Mitchell] and Carl [Pierre],” McCall said. “Tre the year he had as a freshman night in and night out getting tripled team and the numbers he was putting up every single night was astronomical. And for him to do that at such a young age was remarkable and incredible. Our team is really led by these two guys, [Pierre and Mitchell], they are our nucleus coming back.”

UMass will welcome several new faces into its program, but the two key players from last season’s success are staying put. Mitchell is coming off of a breakout rookie campaign where he was awarded A-10 Rookie of the Year and was recently selected to the conference’s pre-season first team. The star center put up solid numbers, averaging just under 18 points per game and 7.2 rebounds per game last year.

“I worked on my game as a whole [during the offseason]. I wouldn’t say that I would go in the gym and focus particularly on one aspect more than another. As the days came I saw whatever I needed to work and worked on it. I think I’ve added a lot to my game over the summer and people are going to be excited,” Mitchell said.

With the new players coming in and transfers leaving the program, one player has stayed constant throughout everything, and that has been Pierre. The senior is heading into his fourth year playing for UMass and is looking to make an impact right from the start. His leadership has stayed the same and as younger players come into the program, more players have looked to the example he has been leading by.

On his leadership, Pierre said, “I am not necessarily older in terms of age than a lot of guys but in terms of experience I do feel that way. I probably have logged the most minutes of anybody on the team, and I think that just adds to that feeling.”

Dealing with COVID-19 has been a challenge of its own for the program, but McCall highlighted the work done behind the scenes of the training staff and the University for allowing them to get back to practicing. He spoke to the fact that everyone is tested twice a week in the Mullins Center and they wear masks at all times walking around the facilities and on campus.

“Our biggest thing during [quarantine] was for everybody to be safe. We were having Zoom meetings, especially once we got our roster finalized, we started to meet two times a week but soon we knocked that back to once a week because I think at that point the longer we went on everyone was getting zoom fatigued. Then we were able to get everyone on campus in the middle of August,” McCall said.

UMass was picked by the players and coaches in the A-10 to finish eighth in the pre-season conference rankings, one place below where it finished last season. There is a feeling amongst the team that they are ready to prove people wrong. The Minutemen have their first slate of games in the “Bubbleville” at Mohegan Sun which will be from Nov. 25 to Dec. 2.