Scattered across the country, out-of-state students cast their ballots in swing states 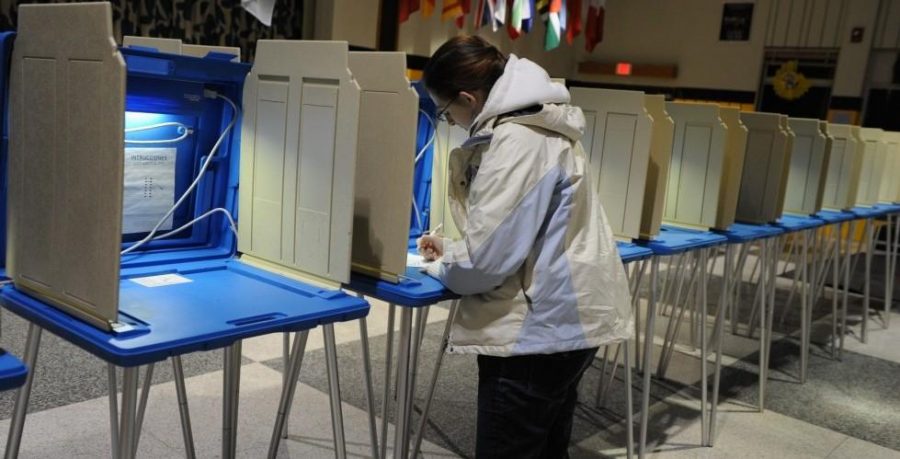 With battleground states as important as ever in the presidential race, out-of-state University of Massachusetts students cast their ballots in their home states, where elections were far tighter than in Massachusetts.

The importance of swing states, also known as battleground states, cannot be understated, as the results of recent presidential elections often come down to them. This year, that group included Arizona, Georgia, Michigan, North Carolina, Pennsylvania and Wisconsin, amongst others.

Students that attend college in a state different from their permanent address have the option to decide where they want to vote by registering either from school or home. But, they cannot register and vote in more than one state.

Bella Triolo, a junior microbiology major, made such a decision this year. She cast her ballot in Texas, where she currently lives, as opposed to California, where she previously resided and was registered to vote.

“I could have kept my California ID and registration, but I chose to bring my vote here because I know that… with every year, it becomes more and more of a swing state,” she said.

Triolo voted early in-person in Ellis County, outside of Dallas. “I knew how important my vote was here, and I needed to make sure it was [cast],” she said about deciding to vote prior to Election Day.

As a former resident of California, Triolo described the shift to Texas as a culture shock. “Coming from the Silicon Valley, I never once saw… a Trump sign. A Trump supporter was far and few between there,” she said. Conversely, President Trump won Ellis County with 66 percent of the vote.

Just north of Ellis County, Jariah Cole, a sophomore accounting major, cast her vote early and in-person in Dallas County. A first-time voter in the general presidential election, she described her experience as having been easy and efficient.

Cole said she wanted Texas to swing Democratic this year. “It ended up not turning blue, which was disappointing,” she said, “but I really felt that my vote made a difference and that it was important that I voted.”

Because of the pandemic, many college students, such as Cole and Trioli, voted directly from their home states. Others, however, cast their absentee ballots from Amherst, including Erin Diacik, a junior communications major, who voted in Pennsylvania.

“I could have registered to vote in [Massachusetts] or at home, and I’ve always chosen to register to my address at home because I do think it is definitely more important,” she said.

Diacik said that her home county, Montgomery County, north of Philadelphia, is very Democratic. “The climate [there] definitely reflects that,” she said. “It’s mostly liberals and Democrats around me, but as you go further away from the city it definitely turns more into a rural area where you see more Republicans.” After a week-long effort to count mail-in ballots, Pennsylvania was called for former Vice President Joseph Biden. He currently leads there by roughly 43,000 votes.

Even if the pandemic had not forced her to move back home, Cole said that she would have remained registered to vote in Texas. “There’s always the possibility of it being blue,” she said. “I feel like Massachusetts is already prominently and well known as a blue state. Not to say that my vote wouldn’t matter as much, but it would be of more importance in Texas rather than Massachusetts.”

Sara Abdelouahed can be reached at [email protected] or followed on twitter @AbdelouahedSara.