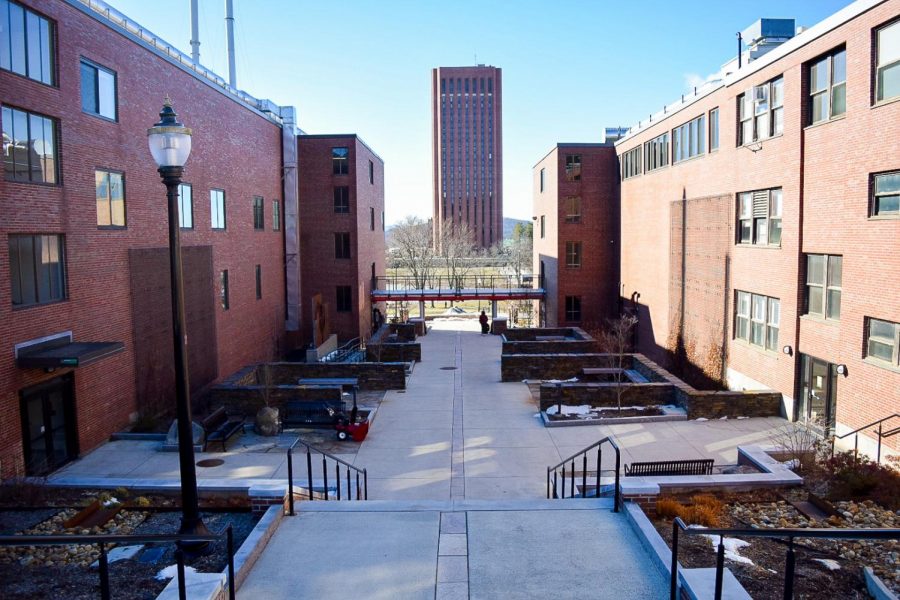 On Wednesday night, the Student Government Association for the University of Massachusetts came to order for their weekly meeting over Zoom.

Speaker Julia Fox began the night by acknowledging that it was Veterans Day.

The Restorative Justice Initiative also gave a presentation during the meeting introducing themselves and their message. They described restorative justice as an “alternative framework of handling wrongdoing.” Additionally, they use the guiding question: “What can be done to rebuild trust so that we feel confident about this student’s membership in our community?”

Following officer reports from the cabinet and committee chairs, the senate discussed the approval of Registered Student Organizations. Kyle Kendall, chair of the administrative affairs committee, described the process of appealing, noting that some RSOs were unable to attend the committee’s hearings.

The SGA then deliberated on the appeals of RSOs, specifically for the UMass Amherst Students for Life, Horizons for Homeless Children, Sigma Sigma Sigma and the UMass Tap Team.

“We received applications for appeal from the groups where they argued their case […] based off of the application, [the Administrative Affairs Committee] voted whether or not to grant the group a hearing. We then looked at the reason they were denied and reviewed the originally submitted constitution. A number of the reasons for denial were found in other sections of the groups constitution or had language that was similar of what was required,” Kendall said.

Following the approval of RSOs, SGA President Sonya Epstein introduced the new secretary of University policy. Sara McKenna, the interim attorney general from June to October, was appointed. A senior legal studies and Spanish major, McKenna stated that some of her priorities were “permanent Title IX policies” and “RJC [Racial Justice Coalition] implementation”.

“The Education Secretary Betsy Devos put out new Title IX policies and the University had to follow it as it was a federal guideline,” McKenna said. “There are feelings across the country that the regulations that came down are not survivor supported.”

McKenna was confirmed and sworn in as the secretary of University policy.

The senate also approved the description and pay for the position.

The job description said that, “the secretary will work to develop and review University policies that impact student life in order to ensure that they center student needs and improve students’ experience at UMass.”

For pay, the description reads, “the secretary will be paid 7.5 hours a week for the remainder of the fall 2020 semester and spring 2021 semester. These funds will be reallocated from the office manager payroll funds in the FY21 SGA budget from the Fall 2020 semester allocations for office managers. Office managers are currently allocated 15 hours a week in the SGA budget, including the 25% cut that was implemented. No funds were expended to office managers during the fall semester thus the unused funds would be used to pay the secretary of University policy during the spring 2021 semester.”

The description was approved.

Fox then introduced how she divided the new senators into their committees. She described how she sought to split everything evenly, while still taking into consideration the top three choices of the senators. Fox also noted that there were no complaints or problems with the appointments.

All the senators were voted into their assigned committees.

Finally, Fox introduced a motion that was not previously on the agenda, as a previous bylaw change required a 48 hour timeframe for motions to be announced.