Some students called for him to step down 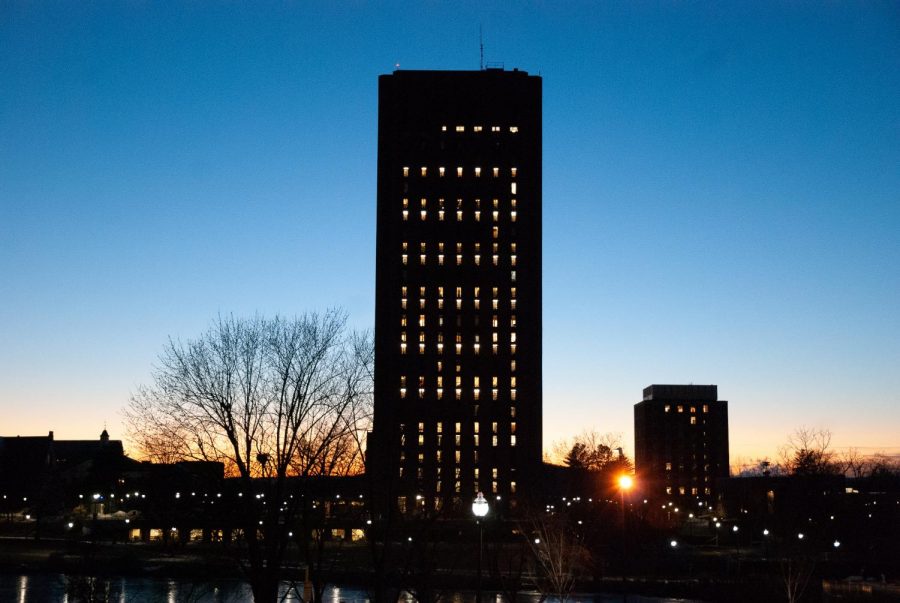 By Sophia Gardner and Alex Genovese

Many of the tweets were posted over the summer, in June and July, and one was posted in January. Rajkumar has since removed the tweets from his profile.

In late October, Zach Steward, a senior African-American studies and legal studies major, was made aware of the tweets by a friend who shared them via Twitter. “I didn’t even know that Chair Rajkumar was in the SGA until [my friend] mentioned it to me,” said Steward. 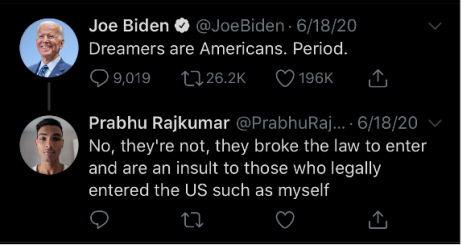 After learning about the tweets, Steward and Lily Tang, a political science major with a concentration in Asian/Asian American studies and civic engagement and the SGA’s former secretary of diversity, worked together to write a letter addressed to the speaker of the SGA, Julia Fox, and the legislative branch. Fox received the letter on Oct. 30.

The letter called for the removal of Rajkumar from his position as chair of finance because “our dollars should go towards supporting individuals who are committed to racial justice and equity and who [are] aligned with SGA’s mission of antiracism.” The letter also called for regularly scheduled anti-racism training sessions for all members of SGA. 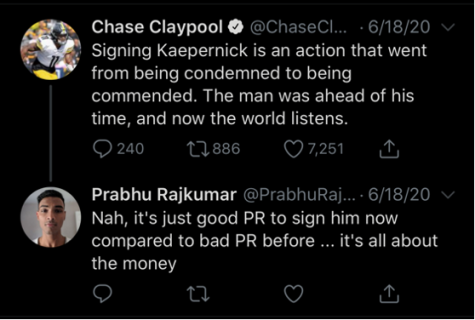 “If more students find out that the chair of the finance committee, somebody who is handling student’s money, has these biases and views, a certain group of people would feel really uncomfortable with that,” Tang told the Daily Collegian.

According to Steward and a longtime SGA member who requested anonymity, this letter was not the first time that Fox was made aware of Rajkumar’s tweets. Steward said the tweets were brought to Fox by the Secretary of Diversity Carla Montilla Jaimes before she confirmed Rajkumar as the chair of finance on Oct. 14. The longtime SGA member also said that Fox was aware of the tweets before Rajkumar’s confirmation. 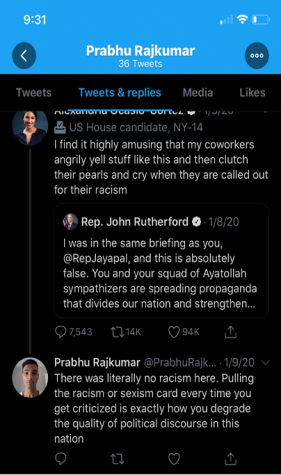 According to the longtime SGA member, Fox advised Rajkumar to delete the controversial tweets before he was confirmed.

“[The secretary of diversity] brought it to Julia early on, before [Rajkumar] was confirmed as the chair of the finance committee. So, Speaker Fox knew and she hired him anyway,” said Steward.

Fox stated that she was not aware of Rajkumar’s tweets “prior to putting him forward as a candidate for chair of the finance committee.” She did not comment on whether she was aware of the tweets before Rajkumar was confirmed to the position.

At the senate meeting held on Nov. 4, the senate briefly discussed Rajkumar’s tweets. Rajkumar gave some background on his political opinions: “As a person of color with conservative views, I am used to being treated as an absurdity. I am desensitized to that.”

Steward raised concerns about the SGA’s discussion of the tweets in the meeting.

“It seemed as though a lot of the senators were defending Chair Rajkumar and his actions, even though some did say that they didn’t agree with him,” he said. “Some said that they didn’t believe in what he said but they did believe in his right to free speech, but it isn’t about that.” 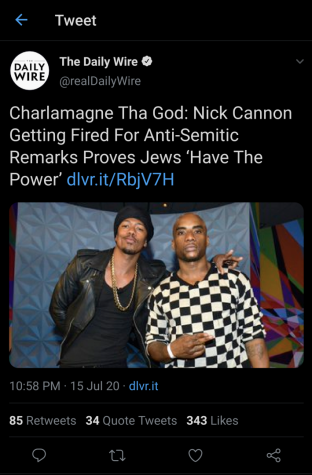 After the meeting, Fox released her letter to Tang.

In the letter Fox said, “As a representative of the undergraduate students of UMass, and leader of the Legislative Branch, I am fully committed to my role in supporting the voices and needs of a diverse constituency, including students holding marginalized identities.”

Fox went on to restate the importance of anti-racism within the SGA.

“Diversity, Equity, and Inclusion is incorporated into providing a welcoming environment of the SGA and the student body,” she wrote.

Fox stated that she was “not empowered to remove Chair Rajkumar” due to his First Amendment rights but did explain that she talked to Chair Rajkumar and wants to approach it through a “restorative justice lens.” Fox also noted that she would support “organizing explicit anti-racist trainings for all SGA leadership and members.”

Fox ended the letter by saying that she wanted to have a deeper conversation about the matter “to improve the SGA’s commitment to anti-racism.”

“I am always open to speaking and meeting with any students and finding ways to improve our work to best support the UMass student experience,” said Fox.

In his statement to the Daily Collegian, Rajkumar urged concerned students to contact him directly “so that we can have a constructive dialogue about our concerns and work to resolve our conflict in an amicable way.”

Rajkumar said he is “always committed […] to being approachable and fair so that we can build an accepting community and become better people.”

Several members of the SGA and concerned students plan to hold a meeting via Zoom on Tuesday at 6 p.m. to further discuss the issue.

SGA President Sonya Epstein refused to comment on the matter at this time.

The screenshots in this story were provided to the Daily Collegian by a source within the SGA.

Editor’s Note: A screenshot of a tweet from The Daily Wire has been added to show what Rajkumar was replying to in one of his tweets.