UMass professors weigh in on the president-elect’s climate initiatives

The goals and oppositions, strengths and weaknesses of Joe Biden’s climate plan 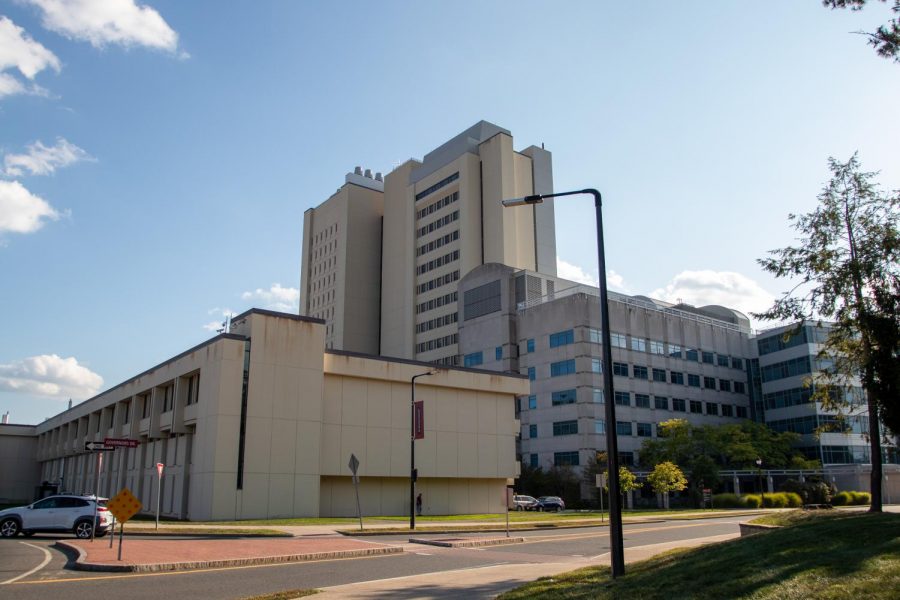 Joe Biden is the most climate-progressive president-elect the United States has ever seen. His plan to invest trillions of dollars in the transition to clean energy and the fight for environmental justice promises to make a large impact on the United States’ role in climate destruction.

During the presidential primaries, however, Biden’s climate plan received an “F-” rating from youth-led climate activism group the Sunrise Movement. Planning to spend $1.7 trillion and implement a carbon neutral goal of 2050, Biden’s original plan was contrasted heavily to the Green New Deal (GND) – the plan of his then-opponent, Vermont Sen. Bernie Sanders.

Criticized for his plan’s initial lack of specific policy and refusal to denounce fossil fuels, Biden drastically altered his initiatives.

How did he do so? And what does the improved Biden Plan entail for the coming four years?

The introduction of the Biden-Sanders Unity Task Force on Climate Change allowed Biden to make steps to amend his original plan. Co-chaired by New York Rep. Alexandria Ocasio-Cortez and former Secretary of State John Kerry, the task force released recommendations that Biden took into consideration when rolling out his present-day plan to build an “equitable, clean energy future.”

“The Green New Deal was presented as a non-binding resolution, so in some sense, it’s an aspirational statement of what is good for society if it can be accomplished,” said Christine Crago, associate professor of resource economics at the University of Massachusetts.

“The Biden Plan is certainly less ambitious in what it wants to do, but it is also an actual plan with some specific policies and initiatives,” she said.

Professor Robert Pollin, UMass distinguished professor of economics and co-director of the Political Economy Research Institute, labels the Green New Deal as having two main features: investing in energy efficiency and renewable energy and investing in jobs and climate justice.

The Biden Plan encompasses both of Pollin’s features, and several individuals on the task force that aided Biden in his adjustments also spearheaded the GND.

Stated in Biden’s website outline, “Biden believes the Green New Deal is a crucial framework for meeting the climate challenges we face.” Biden reiterates climate urgency and the intersection between the environment and the economy in his plan.

According to James Boyce, UMass professor emeritus of economics, “both plans put a great deal of emphasis on public investment as one of the tools by which to advance the clean energy transition, and on standards—regulatory standards—as a second important instrument.” He named Biden’s proposed fuel economy standards for vehicles as an example of that second instrument.

While both plans focus on creating jobs while cutting emissions, Biden’s emphasis on domestic manufacturing takes center stage. He promises to create more than 10 million “good-paying” union jobs in auto, transit, infrastructure and agricultural sectors, among others.

Biden also states that he will work to plug abandoned oil and natural gas wells and reclaim abandoned coal and uranium mines to reduce toxic leakage that plays a part in local environmental damage.

With a $2 trillion total accelerated investment in his first term, Biden’s goals in the energy sector would put the U.S. on-target to eliminate carbon pollution from its power sector by 2035 and achieve net-zero emissions of the economy by 2050.

“The scale of investments in building the green economy under the Biden Plan is more or less what I think is the right scale,” said Pollin. “The big solution in my opinion is investing in renewable energy, solar and wind primarily, and then high-efficiency – raising the efficiency of buildings, of transportation systems and industrial equipment.”

Pollin believes that Biden’s inclusion of renewable energy and efficiency as tactics to mitigate climate change are a good start to comply with global climate goals.

To ensure these goals are met, Biden has included “enforcement mechanisms” to keep the United States on track, additionally promising to immediately rejoin the Paris Agreement – the global initiative to invest in a low-carbon future and work to limit global temperature rise to 1.5 to 2 degrees Celsius above pre-industrial levels. President Trump recently formally withdrew the United States from this agreement.

Investing in clean, renewable energy interconnects with Biden’s focus on climate justice. His plan aims to aid communities of color and minorities who have been historically disproportionately impacted by climate change.

Crago notes that the question of how to deploy clean energy in a way that is economically efficient and socially equitable must be addressed. “Mostly the benefits of solar power and solar subsidies have gone to richer, whiter households, and so that’s an issue – if we deploy a lot of clean energy and it turns out that the benefits are going to a small group of people, that’s not right,” she said. “This is an opportunity for us to correct that wrong.”

The importance of the inclusivity of Biden’s climate policies cannot be understated, according to Boyce. He believes that Biden’s efforts to mirror some of the GND’s standards of climate justice could help him further move to employing a just transition.

“Some [people] are more likely to be left out in public investment programs and environmental policies if they live in marginalized communities, if they are low-income people and people of color,” Boyce said.

Feedback has differed with regards to Biden’s plan. Once in office, he is likely to face opposition from Republican congressmembers, and the two undecided Georgia senate seats will determine exactly to what extent.

Oppositely, progressive groups like the Sunrise Movement have argued that Biden’s initiatives are not severe enough and have mandated further desires like establishing an office of climate mobilization.

Biden’s refusal to denounce fracking has made him prone to criticism from groups like the Sunrise Movement. And while he claims to want to transition the United States from oil, gas and coal, his plan does not include binding limits on the amount of fossil carbon that is allowed into the economy. According to Boyce, such limits are instrumental in fully committing to the fight against climate change.

“Because it doesn’t include them, it is at risk of succumbing to wishful thinking,” Boyce said. “By wishful thinking, I mean that ‘oh if we do this, everything will be solved…’ Well I hope that’s true. But just in case it’s not, why not have binding limits and a policy that deals with the consequences [of them]?”

Boyce likened this to what the state of Massachusetts does in the Regional Greenhouse Gas Initiative for power plants. In setting a total amount of fossil carbon that the United States is allowed to burn, every company bringing such pollution into the economy must have a permit to do so. When the demand for permits exceeds their supply, Boyce suggests an auctioning off of permits for those companies bringing fossil fuel into the economy. The cost to these companies, as well as consumer prices, will increase, giving all parties incentives to lower fossil fuel use.

Boyce then proposes giving that money back to the people. “In order to ensure the public remains supportive of serious climate policy that commits you to reduce climate impact, you have to take the money you get from the permits and give it to the public on an equal, per-person basis,” said Boyce. This idea of carbon dividends, he believes, will run consistently with Biden’s other policies as long as dividends are visible to people outside of their tax returns.

Pollin also agrees that while Biden’s plan has significantly improved, it is “absolutely not” enough to combat climate change at the current rate of environmental destruction. It concerns him that Biden is favorable to nuclear power, because while generating electricity from nuclear energy does not produce emissions, it produces massive public safety, health, and political concerns.

Biden’s plan to widely implement carbon capture technology is also of concern to Pollin, as such a tactic relies on burying the carbon that comes out of burning fossil fuels in the ground forever. This practice continues to burn natural gas, oil and coal, and Pollin believes it should only be a “small” portion of the climate solution.

In 64 days, Biden is set to take the White House and solidify climate initiatives that will allow the U.S. to significantly decrease its emissions, and hence its environmental impact. While responses to his planned implementation vary, his stance on the subject does not – he believes in the factual nature of the climate emergency and the urgency with which the U.S. must move to address it.

“Nobody knows for sure what is going to transpire,” commented Pollin on the extensive action he believes Biden must take. “But we know enough that there’s a reasonable probability that we’re playing Russian roulette with the fate of life on Earth. And you can’t take chances around that.”