UMass remains strong despite the unpredictability of this season 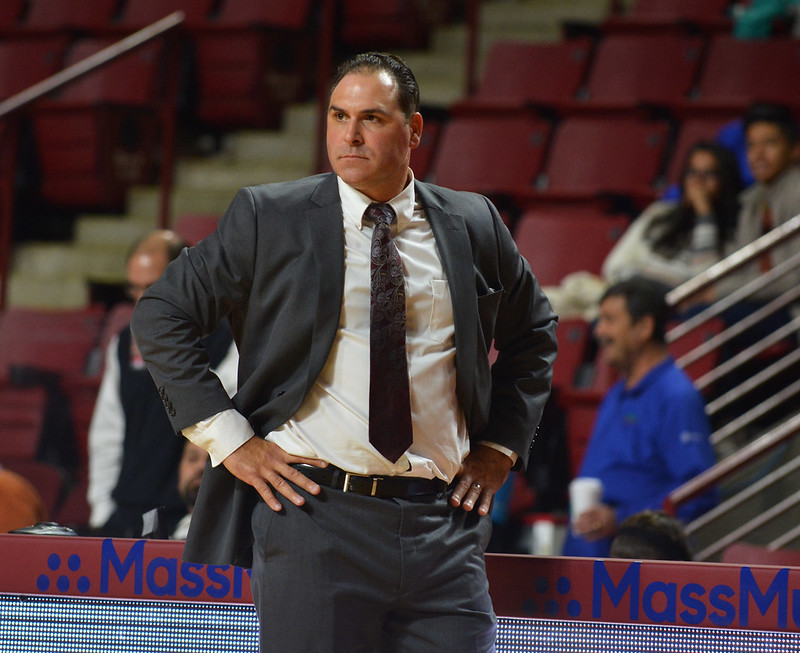 Before to the start of the season, the Massachusetts women’s basketball team knew this season was like none other. Head coach Tory Verdi made it clear that his mentality is to win each day, taking it one step at a time.

Small mishaps are bound to happen with such an unpredictable season like this one, but Verdi and the Minutewomen are determined to remain levelheaded.

“We’re just taking things as they come,” Verdi said.  “If the bus is late, and we get here 15 minutes before tip-off, great. We still have an opportunity to play and that’s what happened here tonight.”

Win or lose, the unusual mental aspect of this COVID-19 season will always remain. The only way to tackle the continuous unknowns are to adapt and adjust.

“There is so much going on we just need to be resilient,” Verdi said. “For someone who likes to be proactive and control things, it’s been really hard. I’ve had to let all that stuff go. I know that something will be canceled, it is inevitable, and we just need to figure out a solution and or make an adjustment.”

For the Minutewomen, coach Verdi’s day by day mentality is the driving force behind each practice.

The team environment remains the same for everyone, but each player still has their own mentality within the bigger picture of this season.

“Learning from previous practices, games, breaking down film and learning from what my teammates have done,” freshman Makennah White said of her mentality for each practice.

For sophomore guard Sydney Taylor who is new to the starting lineup this season, having an aggressive mentality during the unpredictability has been key.

“We play in practice every day like we have a game tomorrow. We are going day by day, it’s definitely roller-coaster,” Taylor said.

UMass’ mentality remains the same for the time being. With new challenges presented each day, the Minutewomen can only control so much.

As of right now, UMass will face New Hampshire next on Dec. 10.

Lulu Kesin can be reached at [email protected] or followed on Twitter @Lulukesin.