“We beat them at their own game,” said UMass head coach Tory Verdi. 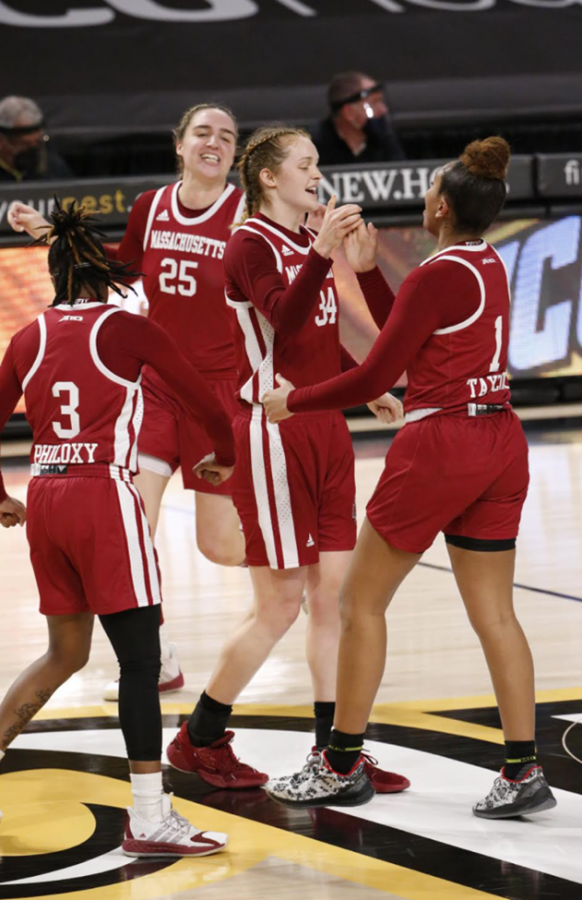 Facing a small lineup that starts four guards, the Massachusetts women’s basketball team outscored the Virginia Commonwealth Rams in fast break points on Friday night by a six-point margin. That difference ended up deciding the game, as the Minutewomen were able to squeak out a 55-49 victory thanks in large part to their ability to force turnovers and create opportunities in transition off of those giveaways.

“It speaks volumes about the heart and soul of this team and the want to of this team for us to get out and beat them down the floor when [VCU] is a team that solely relies on transition offense,” head coach Tory Verdi said of his team’s ability to score off of turnovers. “I felt that tonight, we beat them at their own game.”

The biggest reason for the seemingly sloppy play by the Rams was a Minutewomen zone defense that frustrated and confused VCU. This was highlighted by a near nine-minute scoring drought to start the third quarter, during which the Rams went 0-for-14 from the field and had at least two unforced turnovers.

“I thought that our zone bothered them; it was really active,” Verdi said of his team’s defensive performance during that period. “At times, they were just coughing it up and giving [the ball] right to us.”

While UMass has been able to win through its top scoring options many times this season, Friday night proved they can be reliant on their defense as well. Senior forward Maddie Sims, a defensive anchor all season who played 38 minutes in the victory, helped limit the Rams to 24 points in the paint as they struggled to find an identity on offense.

“Us making shots and getting back into that zone [defense] really helped, so me and Sam [Breen] didn’t have to switch out onto their smaller players,” said Sims of the team’s defensive success against a smaller squad. “But I think that our guards did a great job containing, so it made our job on the back line much easier.”

The UMass guards that Sims speaks of took on arguably their toughest test of the season against the Rams. Facing a four-headed guard monster that combines for nearly 50 points per game, they held VCU’s relatively short starters to just 33 points on 29 percent shooting.

That stifling unit was most active in the first and third quarters, during which the Rams as a whole were held to just nine points.

“I think they were just forced into taking shots that they didn’t want to take, that weren’t necessarily within their offense,” Verdi said of VCU’s offensive attack. “But [I also] thought that our activity defensively was superior here tonight.”

The Minutewomen will try to keep their activity level high on both ends of the floor this Sunday against Richmond. Tipoff is scheduled for 2 p.m.