The Minutewomen bench reached double-digit scoring, but shot under 30 percent from the field in the defeat 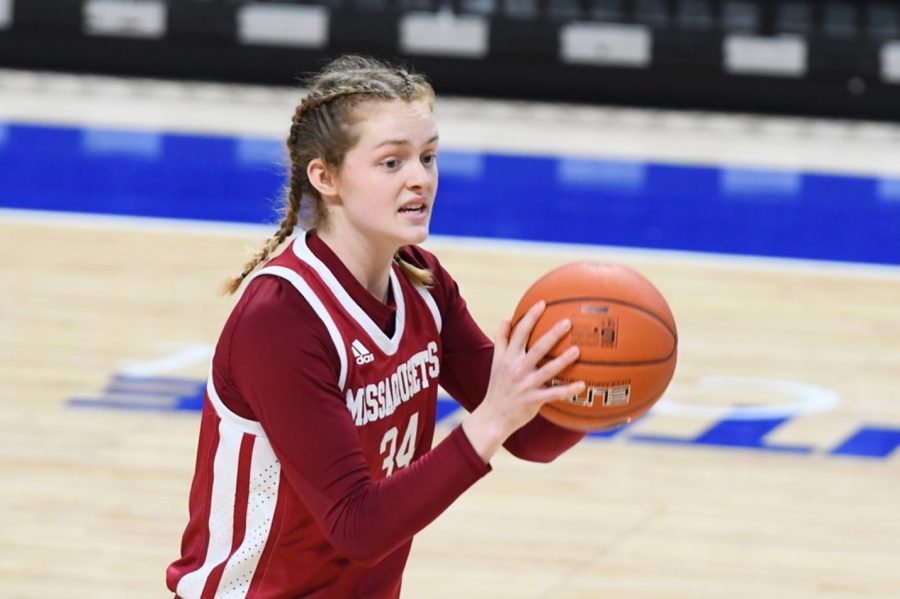 One of the few issues for the Massachusetts women’s basketball team this season, their lack of a scoring presence off the bench, has often been rendered unimportant by the consistent scoring ability of Sam Breen. When Breen is unable to score, however, the bench has been unable to pick up her slack and carry the team offensively. That trend revealed itself against Saint Louis, as Breen finished with five points on 2-14 shooting while the bench had just 13 points on similar efficiency.

“Hopefully this doesn’t happen again, but yeah, we need everyone’s best,” head coach Tory Verdi said of the team’s lack of offensive execution as a whole. “For whatever reason, we didn’t push the ball [and] we didn’t attack offensively and get them to scramble.”

Makennah White, the team’s top scoring option off the bench this season, averaging just over four points per game, finished right around her season average but on 1-7 shooting. Madison Lowery, a sharpshooter who’s hit over 40 percent of her attempts from 3, canned her seventh long ball of the season for three points on the afternoon. Guard Desiree Oliver did not play in her third straight game due to a lingering injury, and last year’s starting center Maeve Donnelly has been on the court for five minutes over the last four contests.

The only bright spot in the bottom half of the rotation was wing Danielle Sanderlin, who has played well since making her Minutewomen debut against Davidson two weeks ago. Sanderlin created plenty of second-chance opportunities Sunday, resulting in five of the team’s seven offensive rebounds on the afternoon, while adding six points of her own.

“Her energy, her want to to go get offensive rebounds flying in, I thought was tremendous,” Verdi said. “Having that production coming in [was great], and it also gives Destiney Philoxy and Ber’nyah Mayo some rest as well because she can play the guard position for us.”

Also helping at the guard position going forward for the Minutewomen will be Delaware native Stefanie Kulesza, a top-100 recruit who recently decided to forego her final semester at the Conrad School of Science and join UMass in the spring. While it is unclear how and when Kulesza will be able to suit up for the team, her scoring ability from all three levels will be a tremendous boost to a Minutewomen rotation that could use some more bucket-getters.

“Stef is a 6-foot scoring wing player,” Verdi said of Kulesza when she signed her national letter of intent back in November. “I expect her to step in and make an immediate impact at the guard position.”

After further developing their rotation in practice this week, the Minutewomen will look to bounce back against Saint Joseph’s on Friday. Tipoff in Amherst is scheduled for 5 p.m.