Both teams on three-game win streak 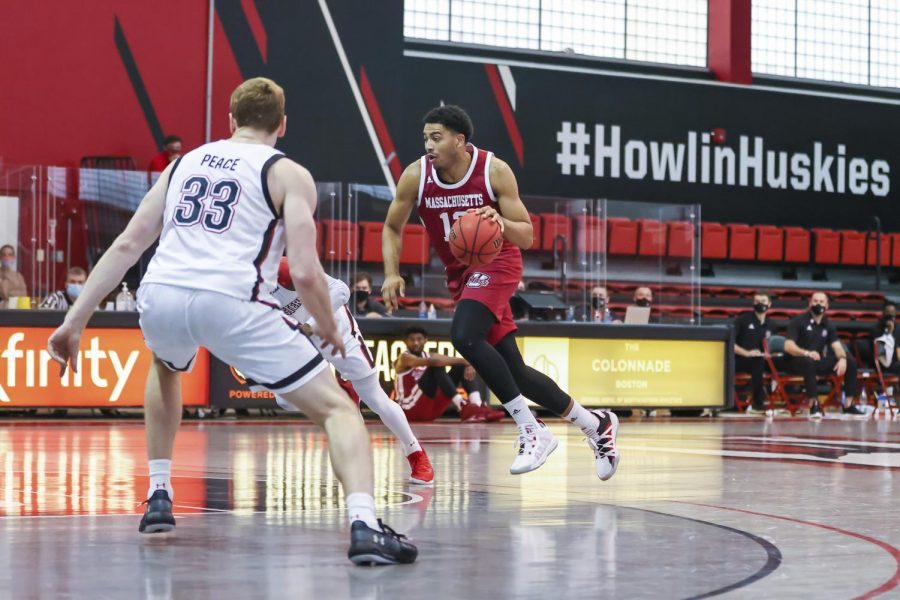 UMass (5-3, 4-1 Atlantic 10) was a much weaker team last year, finding themselves ninth in the conference standings at the end of the season. The Wildcats (9-5, 5-2 A-10) were only seventh last season in conference standings, but the gap between the two teams was fairly obvious.

The Minutemen come into this matchup 2nd in the A-10 with a plethora of new faces in the rotation, including Noah Fernandes, Ronnie DeGray III, Javohn Garcia and more.

Davidson’s Jon Axel Gudmundsson — the 2019 A-10 Player of the Year — is now gone playing professionally in Iceland. Other than freshman Sam Mennenga, the Wildcat’s main contributors follow a similar path to last year’s team.

Possessions per game is a major aspect of both teams playing style, though it comes in much different ways. UMass is currently 6th in the country in the statistic with 79.6 per game. The Wildcats are 340th out of 347 teams with 66 possessions per game.

“There will be less possessions in the game,” Minutemen coach Matt McCall said. “They’re going to make you come down and guard for 25 seconds on the shot clock, and that’s even more of a reason to make sure we’re valuing offensive possessions.”

Even with so few possessions in comparison to most other teams in the country, Davidson is still 38th in the nation in attempted 3-pointers per game, shooting them at a 36.2 percent mark.

“You know they’re going to take a lot of threes, so a big emphasis we just had was keeping our arm distance away from everybody when you’re playing defense,” Fernandes said. “It also puts an emphasis on guarding the ball because a lot of guys can shoot, so there’s going to be a little less help going on off the ball.”

Unlike UMass, the Wildcats have experience against Power 5 teams this season, including currently No. 5 ranked Texas. Mennenga had two 3-point opportunities within the final five seconds of the game but missed both. The Longhorns managed to squeeze out a narrow 78-76 victory.

The Minutemen’s rotation will be looking slim on Sunday, as Cairo McCrory and Dyondre Dominguez remain out for reasons unknown, along with Kolton Mitchell out with a concussion. Dibaji Walker – who has started each of the three games during the UMass winning streak – is dealing with a wrist injury from the Fordham game. McCall is optimistic Walker will be able to play but it will boil down to a game time decision.

Even with the injuries and lack of depth, McCall has no intentions to shy away from the press defense that his team has been applying all season.

“We don’t want to just go out there and get into a half-court game with Davidson,” McCall said. “We feel fully comfortable with our depth going into this game in terms of what we can do and playing our style.”

Tip-off is set for noon on Sunday in Amherst. The game can be watched on CBS Sports Network.