UMass adds another Delaware native to its roster 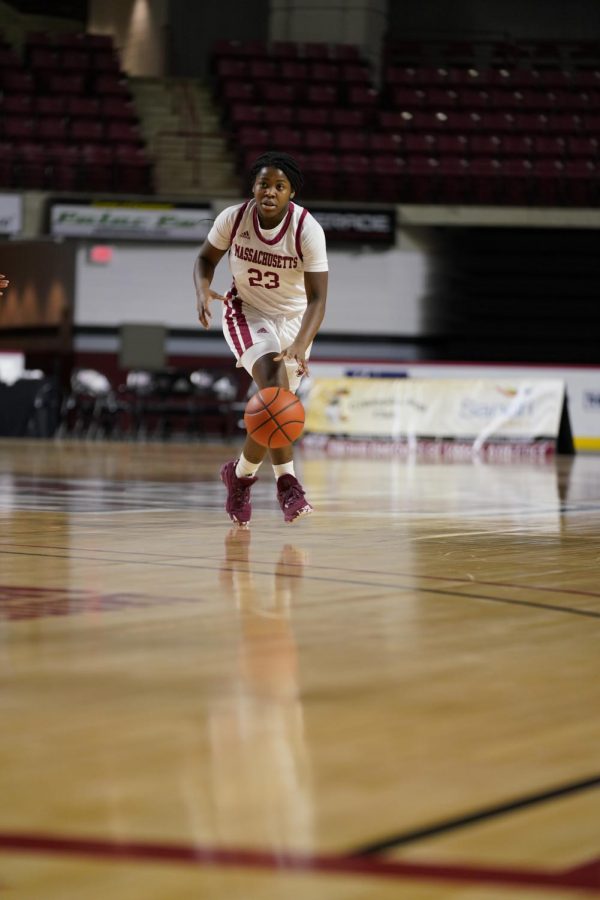 When Stefanie Kulesza made the choice to graduate high school early and become the youngest member of the Massachusetts women’s basketball team, a familiar face welcomed her when she arrived in Amherst.

After years of playing against each other, freshman Ber’Nyah Mayo and newcomer Kulesza now wear the same uniform.

Mayo, the freshman guard for UMass went to St. Elizabeth’s High School in Wilmington, Delaware. Kulesza is a recent graduate of the Conrad Schools of Science, just seven minutes away from Mayo’s alma matter.

“With Delaware being such a small state, we have actually been playing against each other since sixth grade,” Mayo said. “Once I got the news that she was coming here it was pretty exciting because I know what she is capable of doing from going against her so much.”

Kulesza was the younger part of the dynamic sister duo from Delaware. Stefanie and her sister Julie were a dominant force for Conrad, coached under the direction of their father, John.

Not even a year ago, Kulesza was asked about facing Mayo as an opponent.

“She’s a crafty basketball player, otherwise UMass wouldn’t be offering her a full ride,” Kulesza told The News Journal. “She sees the floor very, very well, gets her teammates involved and they have a few more weapons this year than they’ve had in the past and a few more weapons, obviously, since we saw them.”

On Saturday afternoon, it was Mayo’s turn to be asked about specific memories when playing against Kulesza.

“I think it was my sophomore year, I had just transferred to a new school… it was a playoff game. It came down to the wire, I got the ball in the corner then ripped and drove for a lay-up and we knocked them out of the playoffs.”

The competitive playoff action did not stop then. In March 2020, Mayo and her team were preparing to face Conrad in the semifinals but due to COVID-19, that game was never played.

Both Mayo and Kulesza were selected for first-team all-state honors for girls basketball that year.

Even with their history of competitive play, there is no bad blood between the two. Based on the numbers Mayo has been producing all season long and the new talent 5-foot-11 Kulesza brings, the Minutewomen may potentially have another great duo on their team.

“It’s water under the bridge but some things you never forget obviously,” Mayo said. “Being from Delaware, we were always the top players in the state really. It’s always fun to talk about it and reminisce about what happened.”

Kulesza will dress on Sunday however head coach Tory Verdi explained the complexity in her situation.

“It’s really hard for a high school student to come in and No. 1, one get acclimated to the speed of the game,” Verdi said. “No. 2, understand our system on both sides of the ball. She is coming in and working her way in slowly, adjusting fine but as far making an impact in the game and coming in playing for us, she is a long way away and that is not my expectation of her.”

With Mayo being a freshman and Kulesza still having four full years of eligibility, there is plenty of time for these two teammates to take the court together.

“It should be fun playing alongside with her now,” Mayo said.