Console yourself, video games are here to stay

We must recognize the good that video games can provide 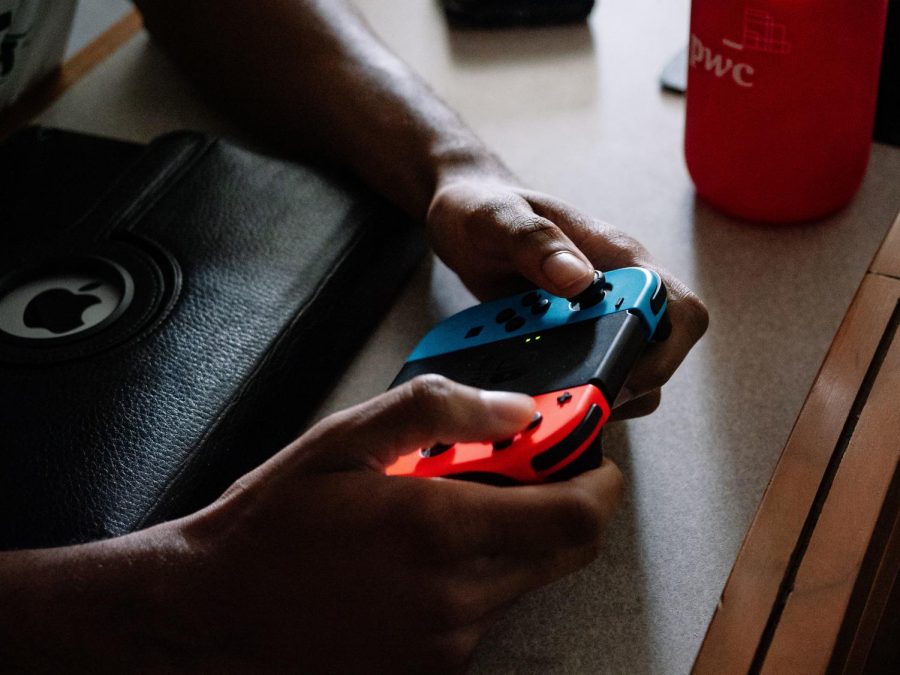 When COVID-19 made its debut in March of last year, a new antisocial reality set in. The thought of no large social gatherings reverberated through the minds of the extroverted, but for introverts, the pandemic created an excuse to stay inside.

As the chances of returning to campus in the fall grew slimmer, my desire to be entertained grew stronger and weekly Facetime calls simply weren’t cutting it. I picked up the controller I promised to put down, held the button on my headset until it lit up and turned on the TV for a night of video games.

Great minds must think alike because a lot of other people had the same idea. Data from an annual sales report shows the video game industry’s low point in June of 2020 was still a 26 percent increase in sales from the same time the previous year. Moreover, the industry saw an overall net gain of more than $3.3 billion from August 2019 to 2020.

The growth of the video game industry should be of no surprise to us though, and with a pandemic ravaging across even the most developed nations, it’s no wonder that people wanted to explore the world without having to leave their room.

No conversation around video games would be complete without considering the clear opposition to them. When a series of domestic terrorist attacks took place in Dayton, Ohio and El Paso, Texas last August, the Trump administration was quick to blame violent video games, among other contributing factors. A recurring boogeyman in the conversation of school shootings and violent behavior, video games receive a bad rap from unproven claims. Politicians will condemn video games for violent massacres but fail to recognize their positions in exacerbating the conditions that lead to these sorts of tragedies.

Mothers and health blogs often argue that video games are addictive and harmful for their children despite scientific claims from the American Psychiatric Association that “there is not enough research right now to confirm definitively that overusing video games is an addiction.”

If there’s anything American media has taught me it’s that people will surround themselves with like-minded opinions. If you search for links between gun violence and video games, you’ll find an array of websites supporting that, but not a single one with scientific backing. The problem with video games is not the content itself but rather how that content is misrepresented.

What if we took a moment to focus on the positive representation within the world of video games?

In 2013, a comprehensive brain study from the Max Planck Institute for Human Development and Charité University Medicine St. Hedwig-Krankenhaus revealed that “video gaming causes increases in the brain regions responsible for spatial orientation, memory formation and strategic planning as well as fine motor skills.” In other words, video games have the potential to increase grey matter in our brains which in turn controls our muscular and sensory activity. Beyond what they do for our body, video games provide players with a community like no other.

“Overwatch”, one of the best-selling first-person shooter games of all time, with more than 50 million copies sold and over 10 million monthly active users, is a pioneer in the world of gaming. Throughout its four-year life, the game has introduced several characters, known in-game as “heroes”, with varying sexualities, gender identities and disabilities to create a more diverse and inclusive set of representations. If that’s not enough, data collected by gaming analytics consultant Quantic Foundry found that female players make up to 16 percent of the game’s entire player-base, a population more than double that of the closest runner-up.

As I mentioned before, the gaming industry is a large contributor to the economy, but I don’t think people understand how large it truly is. Gaming provides more than 1.8 million jobs, over $40 billion in federal state and local tax revenue and contributes more than $261 billion to the United States economy according to the American Gaming Association. In California alone, video games account for more than $51.8 billion and 218,000 jobs to the state economy.

The argument that video games are unhealthy is completely valid but the difference between excessive play and typical play needs to be addressed. Andrew Przybylski, the lead researcher on an Oxford study behind the benefits of mental health claims that “if you play four hours a day of Animal Crossing, you’re a much happier human being, but that’s only interesting because all of the other research before this is done so badly.”

Like any habit, too much is too much. Too much smoking can lead to lung cancer and likewise, too many video games can result in their own ramifications, but the association of video games with terrorism, addiction and obesity need to be checked. Breaking stigmas is difficult but if there’s one place that the taboo can be normalized it’s the country where a reality TV star became president.

Video games must be rebranded. Instead of focusing on how they rot our teeth and smooth our brains, the media needs to take a step back and look at all the ways they provide jobs, promote inclusivity and, above all, give people a sense of community. This pandemic has taught me how important it is to appreciate the community I have, whether it’s in-person, on Zoom or over a video game.