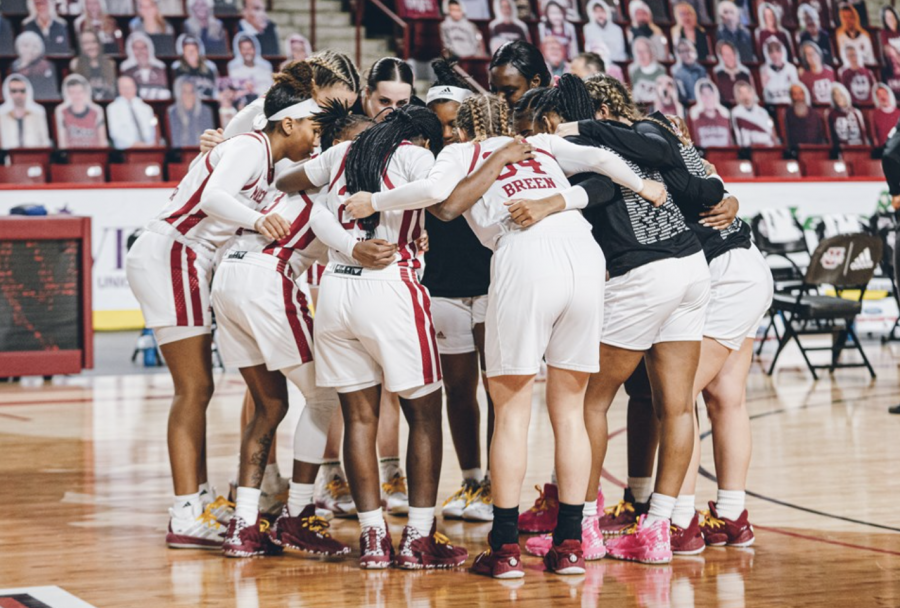 On paper, it appears that Sunday’s game between George Mason and the Massachusetts women’s basketball team should be a walk in the park for the Minutewomen (10-5, 6-4 Atlantic 10). The Patriots (3-14, 0-10 A-10) have the lowest scoring offense in the Atlantic 10 and were just held to 27 points by Rhode Island. But teams don’t win games on paper, and sporting a three-game losing streak, UMass is doing everything it can to avoid playing down to George Mason’s level.

“This game is more about us [than them],” head coach Tory Verdi said of his team’s mindset heading into the matchup. “We need to get back to UMass basketball, and we haven’t played that way the last couple of games. I’m hoping we’ll have a ton of energy and we’ll outwork them.”

One of the biggest keys to snapping their losing streak will be the Minutewomen’s ability to come out and shoot with confidence. After ugly shooting performances in two of its last three games, UMass will have to come out firing and in rhythm on offense if it wants to turn its season back around.

“[Our] confidence is in terms of getting our swag back, if you will,” Verdi said. “We know we can shoot the ball, we know we can play at a higher level… how you get your confidence is by getting back in the gym and working on yourself individually when nobody’s watching.”

The Minutewomen had a chance to show off that improved confidence on Friday, but their scheduled game against George Washington was postponed due to a positive test in the GWU program. While frustrating, this unexpected schedule change has forced UMass to stay mentally focused in a season unlike any other.

“We all knew that coming into the season, we were going to have cancellations or postponed games,” freshman guard Ber’nyah Mayo said. “I think we did a pretty good job understanding that and just staying ready and focused all the time, and understanding things can change at any given second.”

On top of some added mental fortitude, the Minutewomen have made some additions to their rotation. Verdi said that he expects Maeve Donnelly, last year’s starting center who has played just 23 minutes this season, to get some more looks on the court this weekend. Bench guard Desiree Oliver is also expected to return from injury and provide a much-needed spark to the second unit offense with some scoring punch.

“To get [Desiree] back in the mix is going to be great, actually, because she’s capable of bringing a lot of things to the table,” Mayo said of her backcourt comrade’s return. “Having her back in the rotation now can give me and Destiney [Philoxy], or even Syd [Taylor], a breather, and we won’t worry about her falling off because she’s just that good of a player to come in and pick up right where we left off.”

A retooled and rejuvenated UMass team should be a scary thought for a struggling George Mason squad. Despite their paltry record, the Minutewomen are expecting a tough fight from a team that’s as desperate for wins as they are.

“I look at [George Mason] as any other team, and I don’t really look at the record, necessarily,” Mayo said of what she expects from her opponent. “Knowing we just came off three losses, I’m gonna be hungry and eager to get out and get a win, and I’m sure they will be [too].”

After a week off due to the George Washington postponement, the fiery UMass team will look to end their losing ways on Sunday afternoon against the Patriots. Tipoff in Amherst is scheduled for 2 p.m.