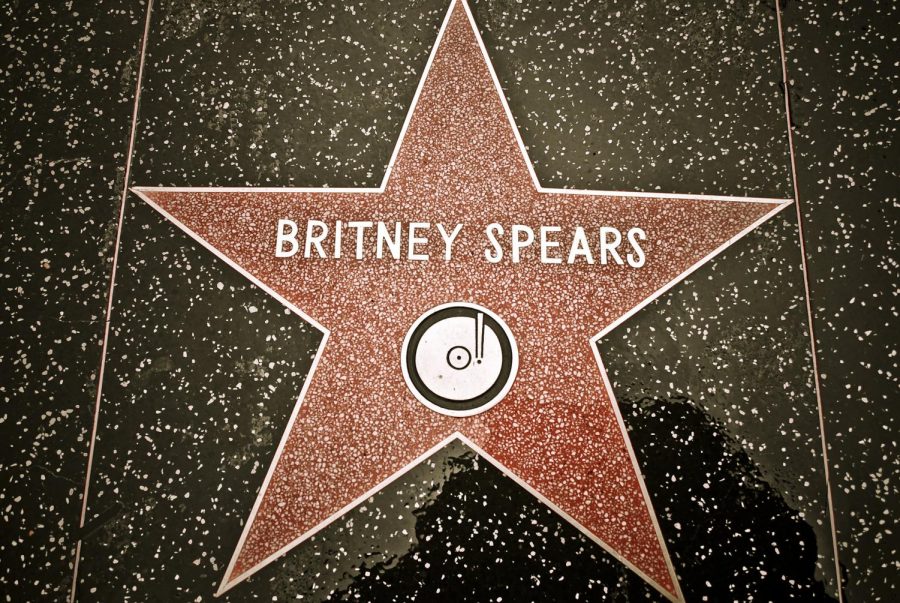 Britney Spears is simultaneously the most beloved and mocked celebrity of the 2000’s. Since her debut, Britney has taken on nearly every role that a woman in pop can: from the girl next door to the over-the-top siren.

The common thread between all of Britney’s public personas is her incredible self-awareness and command over her own image. The music video for her 1998 hit “…Baby One More Time” ignited controversy not simply for its infamous midriff-baring outfits, but because, with every glance at the camera, it’s obvious that Britney knows exactly what she’s doing. She knows people want her and want to be her, knowledge that women in the public eye are supposed to remain quietly ignorant of.

“The New York Times Presents Framing Britney Spears,” which is now available on Hulu, provides a shocking, and at times heartbreaking, look into Britney’s tumultuous relationship with fame.

The documentary follows the artist’s many public controversies in chronological order — her breakup with singer Justin Timberlake being one of the first. While their relationship is now considered one of the most iconic moments of early 2000s pop culture, it also cast Britney as the calculated, cheating ex-girlfriend — a role she would never completely escape.

This dynamic is captured in a clip where journalist Diane Sawyer asks a 21-year-old Britney: “You did something that caused him so much pain, so much suffering — what did you do?”

The documentary uses this to dive into countless unwarranted and patronizing questions that crop up in most of her early interviews. These instances range from a Dutch interviewer insisting that Britney, at 17 years old, must have gotten breast implants, to Matt Lauer asking, “Is Britney a bad mom?” as she begins to cry.

Only a decade ago, the world had a voracious obsession with the most intimate details of Britney’s life. But “Framing Britney Spears” has already incited outrage and concern for the singer’s well-being. Timberlake has issued a public apology to Britney, and dozens of celebrities have expressed their support on Twitter using the hashtag #freebritney.

Much of this outrage is directed at Jamie Spears, Britney’s father, who was granted conservatorship over his daughter in 2008 after her public struggle with mental health came to a head. The documentary highlights Jamie’s startling lack of involvement in Britney’s life up until that point, never directly stating, but always implying, that his motivations may have been purely financial. As of 2020, Britney’s legal team has maintained that she is “strongly opposed” to her father’s role as sole conservator. The goal of the #freebritney movement, explained by a number of its supporters featured the documentary, is to see Britney regain personal autonomy outside of her father’s care.

“Framing Britney Spears” makes no explicit claims regarding how necessary Britney’s conservatorship may or may not be, but it does present a new take on the 2007 incident that led to it. Daniel Ramos, one of the paparazzi that captured the widely circulated photos of Britney shaving her head and hitting a car with an umbrella, recalls that, “It was not a good night for us. But it was a good night for us, ‘cause it was a money shot.”

Footage of that night shows Britney surrounded by a crowd of paparazzi shouting, “Are you okay?” between flashes, as she tries to cover her face and asks them to leave her alone. It’s not difficult for viewers to imagine the anxiety and helplessness felt in that situation, the likes of which Britney was experiencing every time she left her house. The media, however, used the incident to paint her as a young star fallen from grace, a raving mad woman and an incompetent mother.

It’s easy to blame specific individuals, but the real force behind the villainization of Britney was a culture that treated young, famous women as pawns that could be molded and mocked without consequence. The early 2000s saw this happen again and again, not just with Britney but with Megan Fox, Jessica Simpson, Paris Hilton and countless other celebrities. As long as the story of the seductive, yet youthful, woman with either a crazy or mean streak kept selling, Hollywood was going to keep reproducing it. People like Ramos, Sawyer, Timberlake and the general public were complicit in a long-standing system of misogyny.

“Framing Britney Spears” is a small piece of a much larger reckoning currently taking place in the industry. Sexism in film, TV and music is being called out on a wider scale than ever before and public opinion has shifted in favor of famous women who were previously demonized. The popularity of the documentary certainly hints at a brighter future for women in Hollywood, but remnants of the toxic attitude toward women in the early 2000s still exist.

The documentary ends with a strange video of Britney sitting in a bathtub holding a rose. After she crushes it in the water, it dissolves, and she says, “It’s just soap…it’s not really a flower at all.” Since it was posted, fans have been speculating about possible hidden messages and cryptic double-meanings. Whether or not there’s actually any kind of secret message behind the video, it’s clear it’s place at the end of the documentary is meant to make us wonder just how much control Britney still has over her image and her life. The tragedy of “Framing Britney Spears” is that neither the viewers, nor the documentary itself, truly know the answer.

Molly Hamilton can be reached at [email protected]