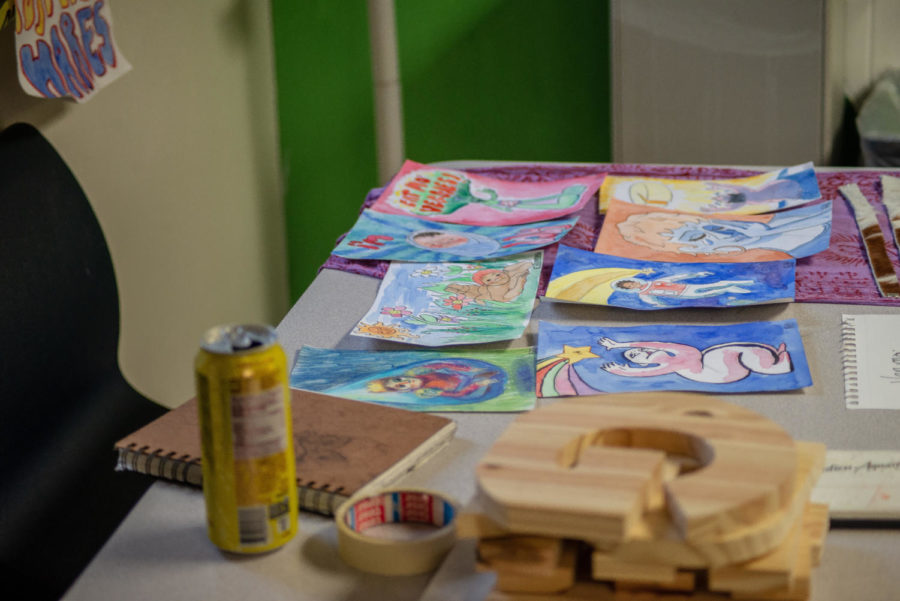 “Greeno Sub Shop” — for many University of Massachusetts students, hearing the name of the student-run sandwich joint located in the basement of Greenough Hall evokes memories of music, delicious food and time spent among friends.

For Greeno’s team of co-managers, the shop has become something more.

“There was just like a certain kind of air to it when you were working and it was a decently busy shift and the music was going and people were coming in and out, friends you knew, people who it’s their first time at Greeno,” said Greeno co-manager and senior mathematics and economics major Noah Kimball-Dembitzer.

“It kind of made you just feel like you were like part of something, which is always important when you’re at a university,” he said. “Trying to find your niche group and the people who really help you realize why you do what you do and help you get up in the morning. And that’s something that Greeno became for me.”

“Nothing really else compares to it,” said James Rigney, the co-manager of the shop and a sophomore natural resource conservation major. “It’s such a fun and unique experience, and it’s really sad that I haven’t been able to experience that much of it so far. I only had like half of the semester’s experience, but I’m hoping I’ll be able to get that soon.”

Since the University reduced operations due to COVID-19 last March, Greeno has remained empty. Without income from students and a physical space for the community to gather, the sub shop found itself in a strange place.

“It all kind of came screeching to a halt,” Kimball-Dembitzer said. “All of a sudden, we’re closing, gone, out, moving out, everyone’s gone.”

“It’s been rough because there are people who worked in the collective that had been working there for a long time, they’re now graduating, so they couldn’t finish up their final semester. And there are people who did graduate at the end of last semester who also couldn’t finish up their last semester,” he said. “People can’t say goodbye, sign the walls, stuff like that. And people poured their hearts into that shop.”

To help subside the financial impact of the pandemic, Kimball-Dembitzer and Rigney decided to help organize a fundraiser, which they launched on Jan. 14. The fundraiser’s original goal was set at $5,000, but that goal was met less than two weeks after it was posted.

“It just goes to show Greeno is a really great extended community, like people who were students or co-managers who have interacted with and know of Greeno since the early 2000s have been donating,” said Kimball-Dembitzer.

“It’s been awesome just to see how people came together. And they recognize how important Greeno is to the community that it cares for.”

The fundraiser’s goal has since been extended, as and current donations sit at $5,686. According to the description, the funds raised will be used to cover payroll costs and the purchase of new equipment for the shop, specifically fridges and freezers that need to be replaced.

Kimball-Dembitzer says despite the challenges of the closure, the Greeno co-managers’ sense of community has remained strong.

“It’s been rough, and it was sad. But thankfully, Greeno has a really strong extended community, alumni and people who are currently co-managers. So I guess while it was rough to end it all, in the physical sense, Greeno is still very much together.”