The fraternity is under investigation for breaking COVID-19 guidelines 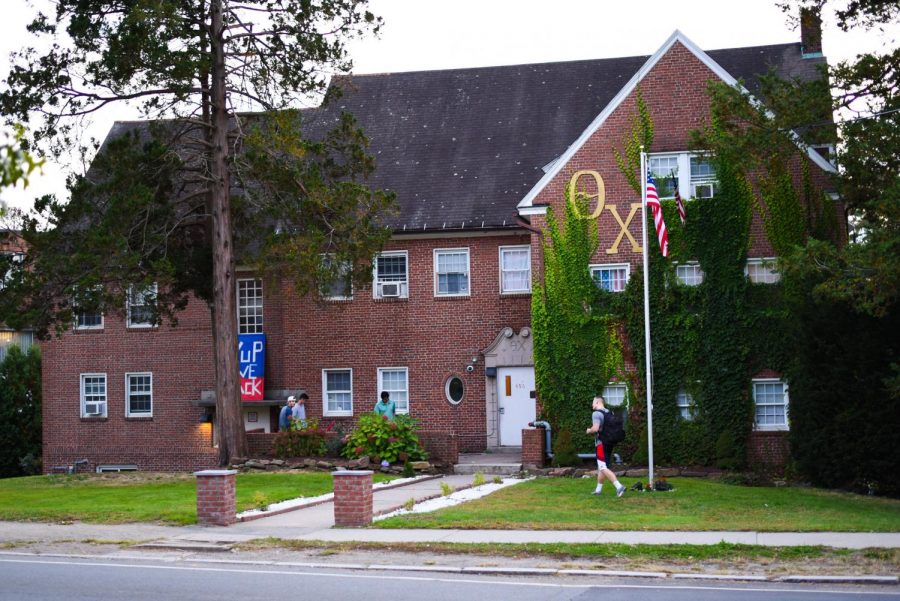 Theta Chi can resume operations, including virtual recruitment, while under interim suspension, officials said Wednesday. Activities that promote membership violate the Code of Student Conduct for groups under suspension.

The fraternity chapter at the University of Massachusetts “has received notice from UMass stating that the chapter may resume operations,” said Adam Hollander, the Theta Chi alumni president, in an email to the Daily Collegian.

In early February, Theta Chi was placed on interim suspension following a report that the fraternity hosted back-to-back parties the weekend after thousands of students arrived on campus. The fraternity was ordered to cease all chapter-related functions while school officials investigated, according to school spokesperson Ed Blaguszewski.

Theta Chi “emphatically denies” that any parties were held at the house the weekend before spring semester began, Hollander said.

According to the Code of Student of Conduct, groups under suspension “are restricted from conducting any activity on or off campus that in any way promote the goals, purposes, identity, programs, memberships, or activities of the student group.”

But the fraternity is still on interim suspension while the investigation is ongoing, Blaguszewski said.

“The fraternity can undertake virtual recruitment activities during this period,” he said in an email.

It is unclear whether Theta Chi currently has restrictions that other fraternities do not. UMass officials did not immediately respond to request for comment to clarify the terms of the suspension.

Sonya Epstein, the Student Government Association president, said they believe UMass should be following the Code of Student Conduct definition of suspension.

“I don’t know of any other interpretations of suspension,” they said. They also noted that SGA isn’t involved in the conduct process or defining the terms of suspension.

On Friday, Theta Chi virtually hosted their first rush event of the semester, according to a Facebook post. The updated status of Theta Chi’s interim suspension was not immediately made known to the Daily Collegian or students.

“We are hosting our first zoom rush event tonight from 6-8. If you’re interested in learning more about Theta Chi fraternity, follow the link and come say what’s up,” a member posted in the Class of 2024 Facebook group on Friday.

When asked whether the fraternity was suspended by a commenter, the member said, “No we are not.”

Theta Chi also posted an invitation to their virtual rush events on their instagram page. 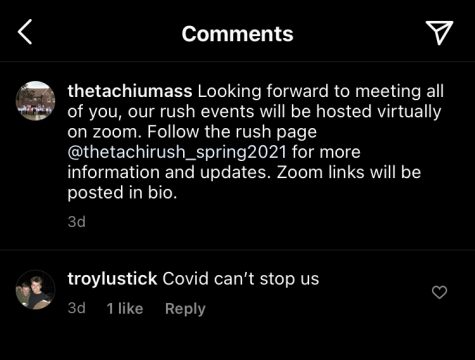