UMass blames students for the outbreak, and students are buying it 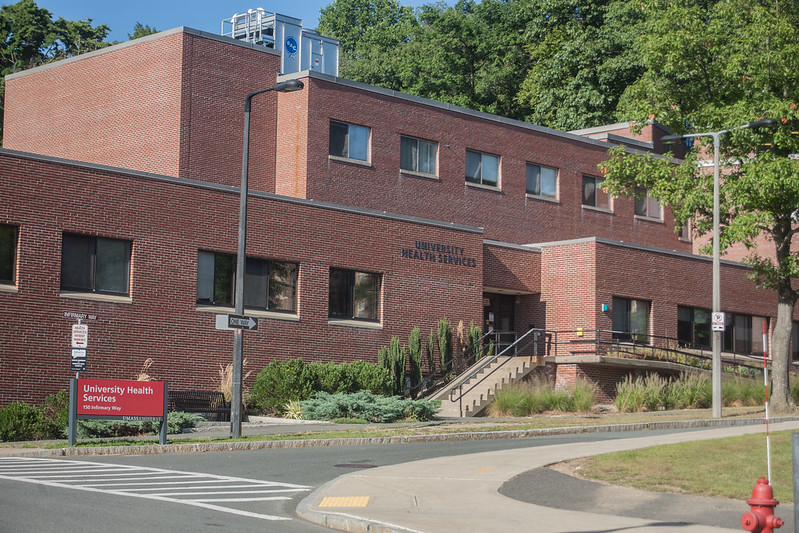 In the wake of a COVID-19 outbreak following a house party at the Theta Chi fraternity last week, the University of Massachusetts shamed students for socializing by putting the frat on suspension.

An email from Chancellor Kumble Subbaswamy sent on Feb. 7 — just one week after reopening — told me all I needed to know about who’s blaming who. In response to the shocking COVID outbreak on campus, he wrote, “Let this moment be a stark reminder to any of you who may have been cavalier about COVID-19 that your individual behavior has a profound impact on everyone in your community.”

And students are buying it.

A student-led movement this past week consisted of almost 10,000 misguided students signing a petition to remove Theta Chi from campus. The petition states, “As the undergraduates see that it is their right to get together reckless[sic] and enjoy college life, it is also our right to demand UMass to take an[sic] action against the people responsible for this surge in COVID cases this week.” Commenters go on further to blame their peers for the outbreak, describing them as irresponsible, immature and embarrassing to the UMass community.

I wouldn’t be so quick to blame students for UMass’s alarming COVID numbers. Will Duffy, an off-campus student, holds an unpopular opinion on the topic. In a Reddit post, he stated, “At what point do we stop focusing all our anger on Theta Chi and start holding the admin responsible for their terrible covid response?” In an interview, he clarified that he does not condone partying but believes the responsibility lies on the institution to prevent incidents like this. “It definitely was irresponsible for them to do what they did, but when you [the UMass administration] don’t enforce any of your rules, you’re basically telling them they can do whatever they want without consequences.” Duffy may be onto something when it comes to UMass not following through on its promise to discipline students who violate COVID guidelines.

The University asked students not to engage in social gatherings in its “UMass Agreement” released Spring 2021 — and promised there would be repercussions for students who break the agreement per the Student Code of Conduct. The University has been inconsistent at best in carrying that out. The Daily Collegian reported on a lack of prescribed punishment. I fully believe this has been a poorly executed reopening, but I’m more concerned about the administration’s decision to bring students back on campus at all.

Inviting students back to campus comes across as a thinly veiled attempt at recouping dining and housing funds after nine months of shutdowns and layoffs. UMass has been very open about starving for money: a working group projected Spring 2021 net income as $20.2 million under the typical semester.

However, the University’s Financial Year 2020 (beginning June 2019 and ending June 2020) financial statements do not support that. As of June 30, 2020, the institution’s reserves were valued at $2.4 billion. This begs the question: why isn’t UMass digging into its emergency fund — given that this is an emergency — rather than knowingly putting students in danger?

The Chancellor addressed these concerns in an Aug. 27 email: “Our reserves currently meet the university’s obligations for a five-month period, considered barely adequate for a healthy balance sheet. Further, it is unclear when our revenues will return to normal levels.” To me, this sounds like an admission of guilt: the University openly allowed students back because of greed—not because it’s safe to do so. When it’s a matter of students’ safety, it’s worth digging into the reserves, or even going into the red if that’s what it takes.

UMass has done a fantastic job laying off tens of thousands of loyal employees to save money. Yet decreasing the campus population is where they draw the line? It’s obvious to me that UMass needs to rework its revenue sources to meet the demands of the changing times. It’s impossible to predict when this pandemic will be over, let alone the other public health crises that are forecasted to be in our future.

It’s time that UMass takes on some corporate social responsibility. Giving students the green light to move in on campus — and then providing a measly slap on the wrist for students who attend social gatherings — sends the message that it’s okay to resume normal life at a university affectionately dubbed “the Zoo.” It was quite obvious that UMass would become a COVID hotspot following reopening, given that other Massachusetts colleges did not fare well during the Fall 2020 semester. Assumption University in Worcester saw an alarming 22 percent of its campus population in isolation or quarantine back in September. What made UMass administration think UMass would be the outlier?

College students are notorious for partying and are not as vulnerable to the virus as older adults. The responsibility to mitigate COVID cases lies on the institution that holds immense power. Not the students who are simply following the leader.

It’s clear to me UMass cares more about money than it does its students.

Julia Oktay can be reached at [email protected]