UMass loses in heartbreaking fashion to VCU on Friday night, 72-69 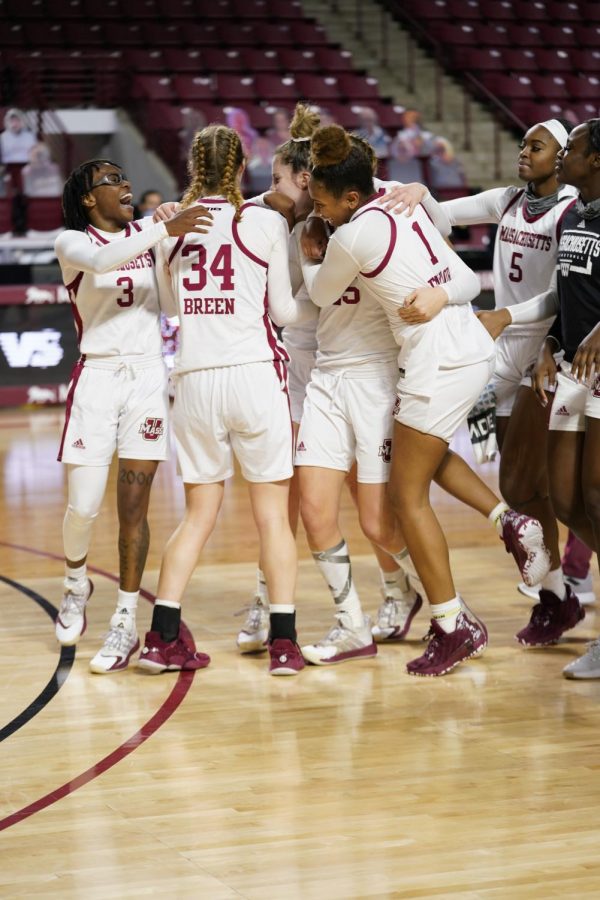 It felt like March on Friday night in Rhode Island. A game with 19 lead changes and a nail-biter ending had playoff energy from the start. When Makennah White dove for a loose ball, tossed it to Sam Breen who found a running Sydney Taylor for a layup early in the opening quarter, the tone was immediately set.

But after fighting back from an 11-point deficit midway through the fourth quarter, the Massachusetts’s women’s basketball team fell 72-69 to Virginia Commonwealth.

To bookend the game, White found herself throwing another lob pass up the court, this time with a lot more impact in the fourth quarter. After a layup from Ber’Nyah Mayo, UMass (10-6, 6-5 Atlantic 10) found themselves within three with just under four minutes remaining. As VCU (12-9, 10-4 A-10) dribbled the ball up the court to meet Destiney Philoxy clapping while lowering into lockdown defense, it was clear the game was far from over.

Taya Robinson, who was the Minutewomen’s Achilles’ heel all night, stretched VCU’s lead with two minutes to go on a layup. Seconds later, a 3-pointer by Breen and an on the floor foul that ended with a Breen-Taylor chest bump, sent UMass to the line. But a crucial foul against UMass on a VCU missed basket sent Robinson to the line to ice the game.

“We were one rebound away from having ourselves an opportunity to win the game,” Verdi said.

Freshman Ber’Nyah Mayo’s career-high 20-point performance was just one bright spot in tonight’s loss for the Minutewomen. Mayo’s ability to facilitate on offensive and amplify her teammates scoring opportunities despite what VCU’s ferocious defense threw at her ultimately put UMass in a position to win.

Prior to tonight’s “home game,” that was played in Kingston, R.I., UMass hadn’t played a game since Jan. 31. With strong team chemistry and grit on both sides of the ball on Friday night, it didn’t look like the Minutewomen had lacked access to a gym for two straight weeks.

“The opportunity to play the game that they love to play,” Verdi said of his team’s drive heading into tonight’s game. “It’s been a long time. I think we had great energy from the get-go and it obviously showed in our transition offense…I am really proud of our effort and our fight here tonight.”

Despite the strong effort, lackluster offense at key moments plagued the Minutewomen’s chance to put this game in the win column. Verdi had set a goal of 12 turnovers or less per game at the start of the season, and with a game like tonight, 13 total turnovers was not what UMass wanted.

“Give VCU credit though, they challenged every single shot that went up on the board,” Verdi said. “We just have to be able to finish through contact and not hesitate. At times I think we kind of hesitated with their guard length.”

In hopes to end the season on a high note, there is focus on the positive outcomes from Friday’s game in hopes to build some positive momentum going forward.

“We didn’t stop, we didn’t quit, we stayed together as a team for the whole 40 minutes,” Mayo said of her team’s performance tonight. “Whether things were going our way or not, we made sure to keep our heads up and continue to fight.”

UMass will finish the regular season with a game against Richmond and will celebrate Maddie Sims as a its only senior on Sunday afternoon. Tipoff is at 4:30 p.m.