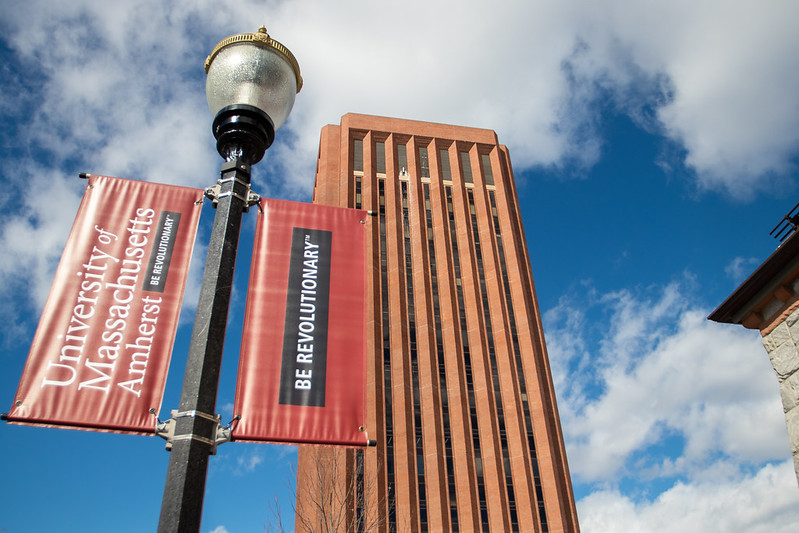 By Leigh Appelstein and Patrick Nie

The Asian and Asian American Studies Certificate Program requires students to take 22 credits in subjects ranging from sociology to history, providing students with “a thorough understanding of both Asian and Asian American histories, experiences, and contemporary issues and multi-disciplinary and multi-method research, analysis and critical thinking skills, ” according to the AAASCP website.

The certificate program awareness event aimed to promote the importance of ethnic studies and increase awareness of AAASCP and the benefits of participating in the program. AAASCP created a student advisory  board in December 2020 to advocate for the certificate program. Portia Chambers, sophomore computer science and political science double major, is one of the board’s co-community outreach chairs.

“I think it’s really important that we have this program available to students because there’s nothing else like it on campus or in the Five College system for Asian studies, like there’s no Asian studies minor,” Chambers said. “It allows students who are Asian, or who have an interest in Asian studies to learn not only more about Asia, in a way that isn’t focused on Western perspectives, but also what it means to be an Asian American and how those identities intersect.”

C.N. Le, senior lecturer II in the sociology department and AAASCP director , spoke to the origins of the program.

After attendees were provided with an overview of the program, a panel of AAASCP alumni shared their personal experiences with the program before event hosts opened the floor to attendees for a Q&A session.

Lien Riquier, who graduated in the class of 2019 with a degree in mechanical engineering, began working as a process engineer for a Massachusetts-based manufacturing company shortly after graduating.

“Surprisingly, my certificate helped me gain an opportunity at that company for traveling to Suzhou, China for a month to validate a new production line,” Riquier said. “Having that certificate on my resume actually made my boss think of me when the new program came up and luckily I was afforded the opportunity.”

Having recently moved into a new role as a quality engineer, Riquier said that her certificate is already helping her navigate conversations as part of the company’s Asian American professional association.

Beyond career prospects and travel opportunities, alumni panel members testified to the certificate’s ability to provide students with invaluable insight into their personal identities, regardless of their backgrounds.

Alumna Cindy Le graduated from UMass in 2018 as a biochemistry major and is currently a medical student at UMass Medical School.

“I just came into school — into life — saying, ‘Oh! I’m Asian,’ but I guess I never knew what that meant,” Cindy Le said, going on to describe how she felt growing up. “You just stay quiet, you’re just complacent, you’re happy to be where you are.”

“I think these classes really showed me that, no, you need to do something about it and your identity — it matters,” Cindy Le concluded.

“It’s important to point out that in addition to being a certificate program, this also gives you an entrance into so many different communities that you can find within these classes,” Riquier added. “It really gives you a place to figure out your identity in the conversations that you have as a part of the program.”

Although many students undergoing the certificate program are Asian students seeking to learn more about their culture and background, the program contains a significant number of non-Asian students. Justin Lockenwitz, a class of 2010 political science major, found the program to be life-changing.

“When I look at my identity, I compare myself to other Caucasians,” Lockenwitz said. “I’m able to distinguish myself because, as a result of what I went through in these studies, I know that my identity is to be a part of other communities, to fill in the gaps and to be a voice where sometimes other people don’t have a voice or to stand behind them and encourage them to have a voice.”

According to C.N. Le, the ethnic diversity of students pursuing the certificate highlights the program’s interdisciplinary nature.

“It appeals to and can be applied to so many areas on campus and in our society,” C.N. Le said. “I think it’s with that understanding that a lot of students complete the certificate — that they’re not just interested in how we can benefit their entrepreneurial plans 20 years down the road, but it’s a reflection of our society, it’s a reflection of the world, and they want to be global citizens .”

2020 was a particularly difficult year for Asian Americans. Amid the COVID-19 pandemic and ever-growing sociopolitical turmoil, hate crimes on Asian American individuals rose drastically. Now, in 2021, tension remains high as reports of increasingly violent crimes against Asian Americans appear on the news much more frequently.

In this climate, educational institutions are providing support to the services and resources created to inform students. However, many feel as if UMass’ efforts to do so are lacking.

C.N. Le hopes that the University will take steps to institutionalize the Asian Studies program, citing that while there are faculty who contribute courses to the curriculum, the program lacks both a staff and an office.

“I feel like UMass doesn’t do a very good job of supporting or advertising the certificate program, which is surprising because if you go to other big schools, I feel like they all have like ethnic studies and the departments are well established — but at our school, it’s not,” said Esther Chin, junior hospitality and tourism management major and AASA event coordinator.

Chin, with just a year left before graduating, regrets not being able to pursue the certificate  .

“For me, I’m here so that people don’t go through what I went through — missing the chance of getting to do it,” Chin said. “I really want people to be able to be a part of such an amazing certificate program.”

“I feel like I did not know much about the certificate before the event,” sophomore public health major Gabrielle Dieu said, one of the student coordinators for the event. “But hearing from the alumni and hearing how comprehensive the program is and how even though they all come from different majors and they all are doing different career paths, it still fits into their life somehow, that kind of inspired me.”

More than just a list of courses, the certificate program and its place in UMass’ curricula speak to a greater opportunity to educate and unite student groups on campus.

“I think students don’t realize just how much power they have,” C.N. Le said. “Every once in a while, we see that student protests on campuses all around the country, have led to real meaningful change, particularly in this age, with the Black Lives Matter movement, and all the other related movements for social justice and equality.”

“We’re trying to collaborate and build solidarity among the Asian American students as much as possible,” C.N. Le continued. “I think we really have the possibility to build something that’s really strong and really important going forward.”