America’s poor COVID-19 response is due to neoliberalism 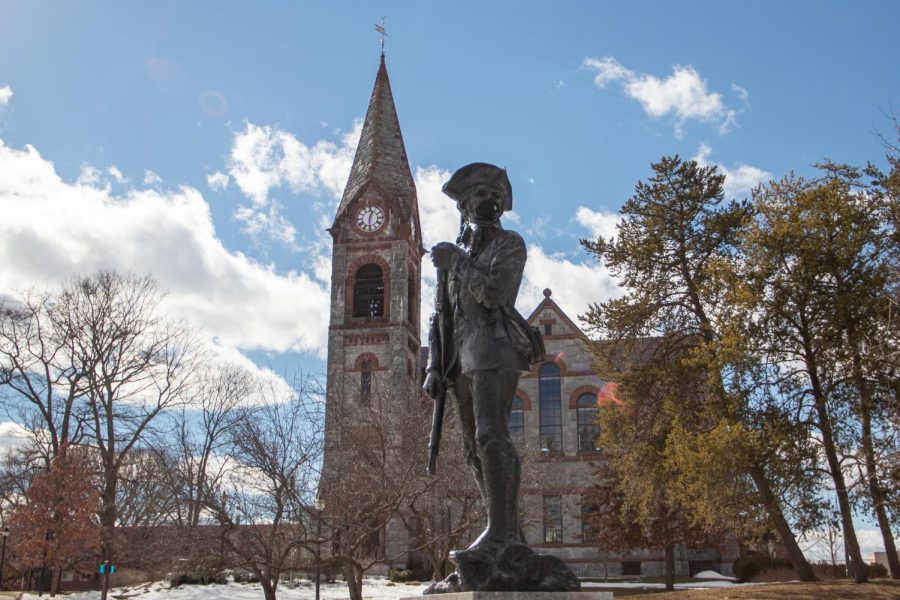 If we have learned one thing in the past year, it’s that the neoliberal consensus must end.

Many thoughts may come to mind when you read “neoliberal,” chief amongst them is the economic policies of privatization and profit maximization. However, I am not referring directly to neoliberalism’s economic policies when I say the consensus must end, though there are good arguments in support of this. Instead, I am referring to the social and political emphasis placed on individualism above all else.

These political and social values are shown through the economic policies that flow forth from neoliberalism, specifically the antiregulation dogma. Regulations are derided in the name of letting a free market of buyers and sellers make their own decisions and reach efficient outcomes without the influence of a government, a collective. The individual is the most important unit and thus should not be restricted. As long as the individual is not directly infringing upon others’ rights, they should be left to their own devices. This logic extends further into the regulation of non-economic behavior, such as individual behavior regulated by COVID-19 restrictions.

Neoliberalism’s emphasis on rejecting regulation without a direct violation of one’s freedom has directly contributed to our government’s inability to control the spread of COVID-19.

The United States’ various governments did not have the tools at their disposal to avoid this. Other countries throughout the world were able to prevent massive numbers of deaths. Only four countries have a higher per-capita death rate from COVID-19. Instead, the deaths from COVID-19 were an involuntary policy choice.

The United States has been unable to tackle this issue because our political economy, defined in the Encyclopedia Britannica as “how a country—the public’s household—is managed or governed,” does not allow for the policies needed to address the issue.

According to a study conducted by researchers in America, Israel and Switzerland, the more individualistic a country was measured to be, the more likely people in that country are to ignore COVID-19 safety measures. Another study from the University of Virginia demonstrates how the longer a location was on America’s frontier ─ places associated with more individualism ─ the more likely its residents are to ignore COVID-19 lockdown orders. The more individualistic areas of the United States are more likely to take a neoliberal response to COVID-19. The individual may feel comfortable taking risks so they do so, even though they are not the only ones who may suffer from that risk-taking behavior.

The rejection of rules and regulations in favor of personal freedom is seen on a smaller scale at the University of Massachusetts. At the beginning of the spring semester, the Daily Collegian did investigative reporting on the cause of a massive outbreak of COVID-19 at UMass. In the first part of the series, reporters interviewed resident assistants and their union chair. The article makes clear that many of the students on campus who were violating the rules were doing so because they were willing to take risks to have what they viewed as a traditional college experience. The residents who decided they were willing to take risks with their own health, did not hold enough appreciation for how their individual actions had wider impacts on the health safety of those who lived in their residence halls.

Politics and public policy are the art of the possible. A government may decree and order whatever the hearts of those who control it desire. But, unless there is buy-in from the general public, those orders are meaningless. That is why the political economy, the range of policy options available to a government due to social and economic constraints, is essential for understanding why what is possible in one country is impossible in another.

In East Asian countries, there is more of a collectivist culture than in the United States The citizens of more collective countries tend to see problems and—importantly—their solutions through the lens of community. That is why these countries have been able to implement policies that lead to less disastrous COVID-19 outcomes.

The United States has been ruled by an individualistic political economy, neoliberalism, since Ronald Regan’s election in 1980. Our desire to protect individual liberty, even if such liberty endangers the lives of those around us, can and must be blamed for a large part of our lack of response to the COVID-19 health crisis. If the United States wants to address the disaster next time, we must learn the lesson of COVID-19: neoliberalism must end.

Jeremy Brum can be reached at [email protected]