Minutewomen converted only one shot of 10 on target 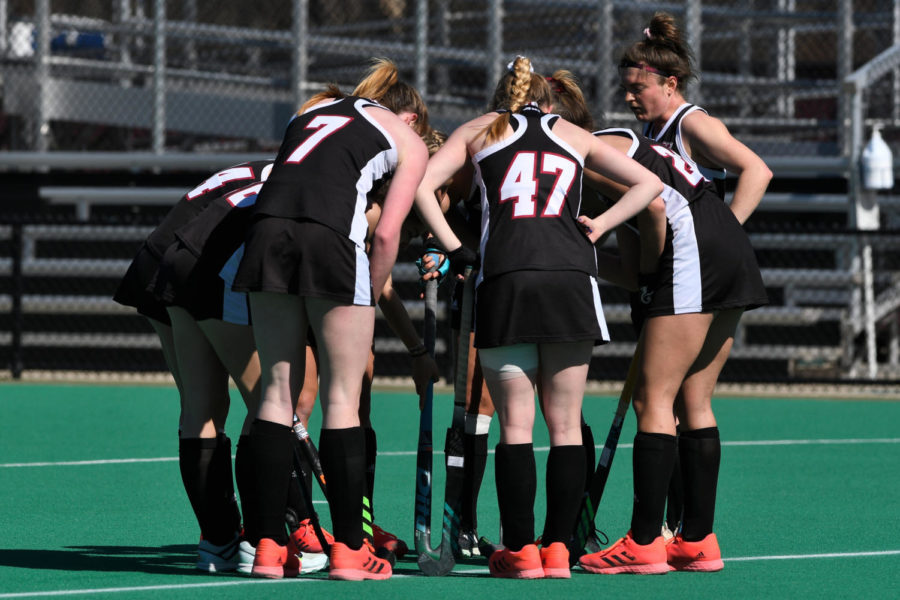 The No. 20 Massachusetts women’s field hockey team lost its second game of the season 2-1 to Lock Haven on March 25.

A rapid counterattack with just over six minutes remaining in double overtime was enough to propel the Bald Eagles (2-0, 2-0 Atlantic 10) to victory. Freshman Martina Spangenberg received a long through pass on the left wing, settling the ball before firing a shot to the far post for the game-winning score.

“We need to take a look on video at our scoring positions and be able to adjust them this week,” head coach Barb Weinberg said. “Lock Haven’s defensive unit was strong. We need to tactically figure out how we are going to beat them.”

Despite playing only 43 minutes, Georgie McTear led the attack for the away squad, firing a team-high five shots (four shots on goal) in the contest.

Back and forth play up and down the pitch dominated much of regulation, with the Minutewomen earning an upper hand in the field position battle. UMass was able to earn themselves scoring opportunities throughout on 19 shots, 10 shots on target and 17 corners but was largely unable to capitalize.

Lock Haven goaltender Joaquina Orlandini dominated in net. After the first Minutewomen goal, the Argentinian junior snuffed out any further scoring chances, en route to a nine save performance.

“Our game plan against Lock Haven was basically any time we entered the circle to get something on goal,” Weinberg said. “We were looking to play the rebounds because we knew she was a very good goalkeeper. She was able to clear the ball very hard out of the circle on the first shot. We didn’t have a whole lot of opportunities for rebounds, so credit to her on that.”

“We need to work on getting our eyes up and getting the ball off the baseline quicker,” Weinberg added. “She is a great goalkeeper. She did a fantastic job.”

While the Bald Eagles defense held strong, they failed to add much of an offensive punch for most of the contest. Lock Haven tallied just five shots, but it was enough to defeat UMass for its second win of the year.

After a 3-2 victory over La Salle on March 27, the Minutewomen will look to bounce back against the Bald Eagles on April 3 when they travel back to Lock Haven, Penn. for a rematch.