The Minutewomen defenders continue to shine as UMass records fourth clean sheet this season in 1-0 victory against St. Joseph’s 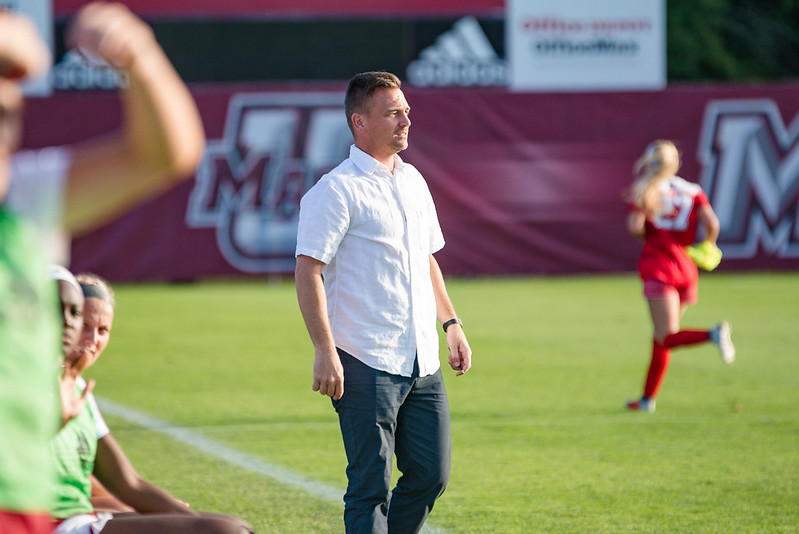 The Massachusetts women’s soccer team scored a late goal to secure its third win in a row, beating St. Joseph’s University (1-6-2, 0-2-2 A-10) on Thursday. In the past three games, the team has only conceded once––the only goal coming from the penalty spot.

Through seven games played this season, the Minutewomen have only allowed three goals from open-play––all coming against UMass Lowell––and two from penalty-kicks. The defense has remained disciplined and locked down as the team continues to find the back of the net.

Dani Sclafani and Fiona Kane, the team’s center-defense pairing, have rarely come off the field this season. UMass head coach Jason Dowiak touts them as among the conference’s best as they continue to lead the team to victory.

“When it should look like a difficult moment or a challenge, [Sclafani] and [Fiona Kane] just make it look so easy,” he said. “Because of the way they play, it gives everybody else around them––in front of them, behind them––so much more confidence. I love that we are kind of a shut-out approached program right now. We want goals of course; we always want to play in a style that creates opportunity, but we’ve really changed the mentality, I’d say.”

The Minutewomen’s solid back line seeks to continue driving the team to success this season. Rather than generating attacking opportunity after attacking opportunity, the team has evolved to a more reserved yet efficient style of play. This has required the defenders to stay on their toes and to participate more in starting the attack.

Sclafani believes the chemistry of the defenders along with a winner’s mentality is what has given them the confidence to play the way they are this season.

“With COVID and everything, it’s been tough, but no matter what’s going on, we’ve found a way to really stay together in the relationships off the field,” she said. “I think it just translates to on the field.

“As far as defense, we’ve all made sure we make those bonds outside of soccer so that when we get back on the field we know we have each other’s backs and that we’re going to work hard for each other. Everybody wants to win because they want to be supportive teammates and that’s really what matters at the end of the day.”

Of course, a team can’t have a solid defense without solid goal-keeping. A goalkeeper rotation seems to be a common trend of Dowiak’s game plans recently. In Thursday’s game, Alyssa Chase started the game and made one save before Bella Mendoza came on in the second half. Two minutes in, she made a diving save to her right, blocking a powerful, high shot from distance. She ended the game with two saves and a clean sheet.

Dowiak’s formula for keeping goals out seems to be working, but he clarifies that the work of his defenders is all their own.

“The back group right now just looks like a well-oiled machine,” he said. “They move well off of each other, they cover each other. I’d love to take more credit but they’re so instinctual. I love this group.”

Dowiak and UMass look to remain water-tight on defense as they prepare to battle Rhode Island this Sunday, who have scored four goals in its past two games.