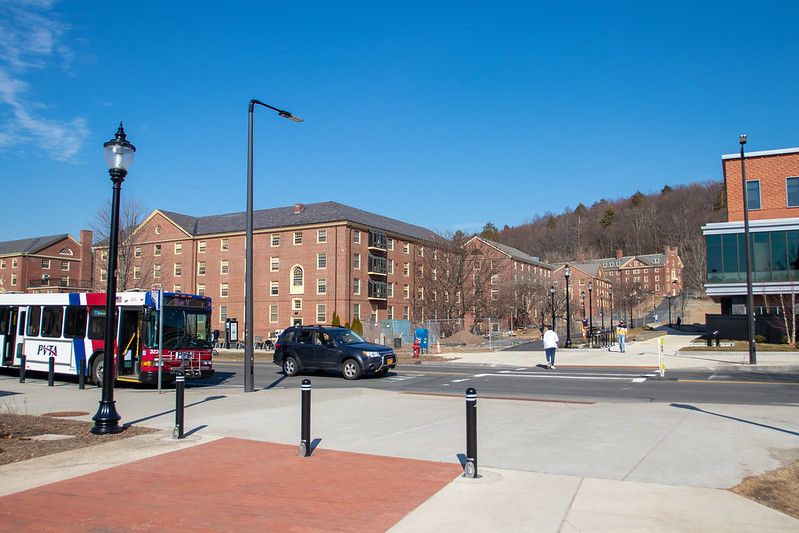 The Student Government Association of the University of Massachusetts presented some possible changes to Registered Student Organization bylaws that will be voted on at next week’s meeting.

The changes would potentially include the addition of an ‘Equal Opportunity’ section in chapter three of the bylaws, which affirms that all Established Student Organizations have to comply with equal opportunity policies.

Chapter six would potentially be updated to include a definition for an agency, which specifies that agencies provide services to UMass students, adhere to the Charter under which they were created, benefit all students, “unless established to serve a specific population at the University,” and adhere to equal opportunity policies.

The updated bylaws would also mandate that all agency charters have statements of free speech and expression and statements of non-discrimination. They also outlined a new process to agencies to update their charters.

The updated bylaws would also change the membership requirement that is required for an RSO to get approved. The new requirements would be five students who have paid the student activities fee, as opposed to the previous requirement of 10 members. “It is hard to start with 10 people for some organizations,” Secretary of Diversity Carla Montilla said.

The new bylaws would also change the RSO application process in order to give students more guidance. To start, students would fill out a ‘new RSO interest form’ on the SGA website, which would notify the SGA’s secretary of the registry of the student’s interest in creating a new RSO.

The secretary of the registry would then email the students back, explaining how to move forward with the application process. Information from the RSO interest form will then be added to a database, which will be used to keep track of the materials necessary for new RSOs to become approved.

The students who are attempting to start the RSO will also be required to attend a workshop session with the Undergraduate Registry Oversight Committee, which will include “a framework for developing anti-racist RSOs and information on identity and culture-based groups at UMass,” according to the updated bylaws.

The new changes are meant to address some previous confusions so that students are more informed going into the process. “We are trying to make the process easier, but we do recognize that there is a strain on SGA resources if we make it too easy,” said Andrew Abramson, the secretary of the registry. “We’re not making it easier in that anyone who wants to start an RSO can, we’re just making it easier in that if you’re actually committed to starting an RSO, you can.”

The SGA also proposed a new type of group, Acknowledged Student Organizations. These groups would be similar to RSOs in most aspects, except that they cannot receive funding from the student activities trust fund. These groups are allowed to fundraise and have a campus pulse page. The ASO application process is also simpler than the RSO process.

The SGA also voted to sign on to a letter to the campus community, condemning hate racism targeting the Asian American and Pacific Islander community. The email specifically addressed the recent Atlanta-area spa shooting.

“The horrific acts of violence towards the Asian American community across the country and yesterday’s mass murder against Asian Americans workers in an Asian-owned business in Atlanta, Georgia underscores the severity of this moment and must prompt a united response against any and all forms of racism, discrimination, xenophobia and violence,” the letter read.