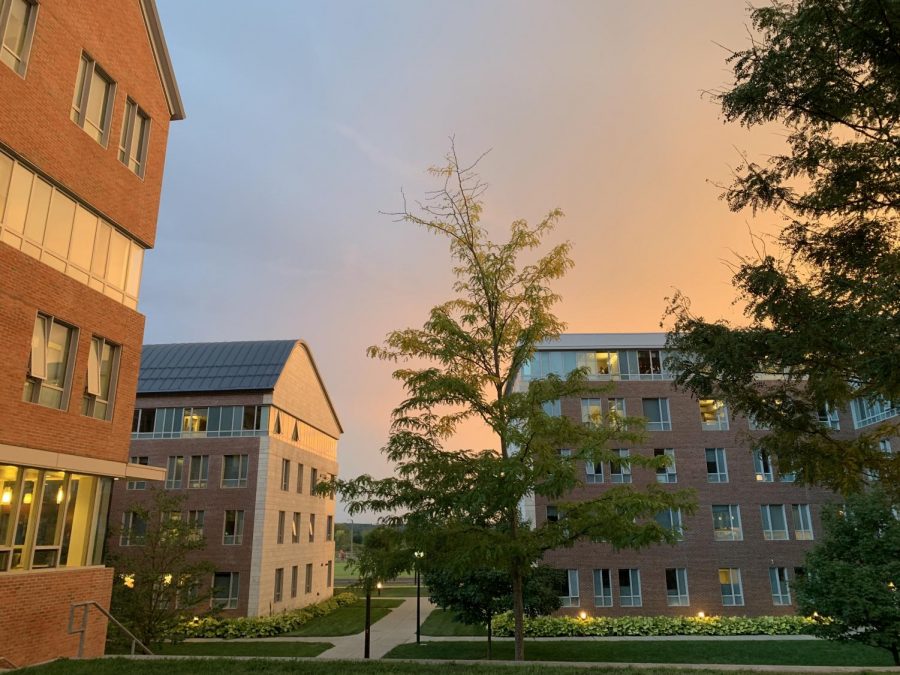 One year ago, a new wave of discrimination against Asian minorities began to materialize across the country. Because the virus originated in Wuhan, China, many people blamed Asian-Americans for bringing COVID-19 to our shores. A disconcerting number of politicians and public figures, most notably former president Donald Trump, started referring to COVID-19 using openly racist monikers like the “China virus” or the “Kung-Flu.” Just like the pandemic, however, the violence against Asian-Americans rages on. The racial scapegoating that caused this violence in the first place is not over either. Over the past year, Asian-Americans have had to deal with a widely underpublicized, and extremely troubling, trend of racially-motivated violence and rhetoric due to COVID-19.

The statistics paint a grim picture. A study by the Center for the Study of Hate and Extremism at California State University, San Bernardino shows that despite a seven percent decrease in total hate crimes during 2020, hate crimes against people of Asian descent grew by 149 percent. This study only tracked hate crimes reported to police departments, overlooking non-criminal incidents of anti-Asian prejudice and hate crimes that go unreported – both of which are also on the rise. Since the start of the pandemic, the Stop AAPI Hate coalition recorded “over 2,808 firsthand accounts of anti-Asian hate from 47 states and the District of Columbia.” These accounts, which only comprise those given to this single organization, include everything from physical attacks to verbal harassment. As for unreported hate crimes, many activists have pointed  out that they remain significant.

This violence is extremely widespread, and the sheer volume of it indicates how common these xenophobic attitudes towards Asian-Americans are in the United States. Using viruses and other transmittable illnesses as an excuse to paint Asians as more likely to carry disease is not new. These dehumanizing assertions prevailed in the American political landscape during much of the 19th and 20th centuries. The racialized rhetoric behind Trump’s words was not exclusive to him, and centuries of racist attitudes are not going to simply disappear now that Biden is in office. Above all, Americans need to reckon with the prejudices they hold, and the grave consequences many Asian-Americans face as a result.

This implicit bias extends not only to the acts of hatred but to the coverage of them as well. Despite the constant stream of hate received by the Asian-American community, and the very real fear many Asians in America face today over the possibility of getting verbally or physically attacked for their race, these hate crimes have only recently received significant media attention. This means that a whole year’s worth of hate went largely unreported outside of Asian communities.

Luckily, this is changing: People outside the Asian community are starting to take note of hate crimes that occur against Asian-Americans. On March 13, an 83-year-old Korean-American woman was brutally attacked in White Plains, N.Y., where she was spit on and punched to the point of collapse. This is not an isolated incident, but is instead indicative of a larger trend. The aforementioned Stop AAPI Hate’s coalition report shows that the “elderly report being physically assaulted (13.5%) more than the Asian American population overall (8.7%).” It is simply appalling that the elderly, one of the most vulnerable populations, especially with COVID-19, are being targeted at disproportionate rates. No one should have to worry that their grandparents could be victimized without cause, yet the grim fact is that many Asian-Americans do have this fear. The endemic violence against Asian-Americans has human consequences. The lives lost, like that of 84-year-old Vicha Ratanapakdee, who passed away three months ago after being assaulted during his morning walk in San Francisco, can never be recovered. Asians should not be subjected to scapegoating over a pandemic they also are suffering through. President Biden’s condemnation of these attacks during his first prime-time address was a start, but ultimately this cause needs more awareness. We need to have a conversation about the dangers of stereotyping Asian-Americans, and we need to do so before anyone else is hurt.